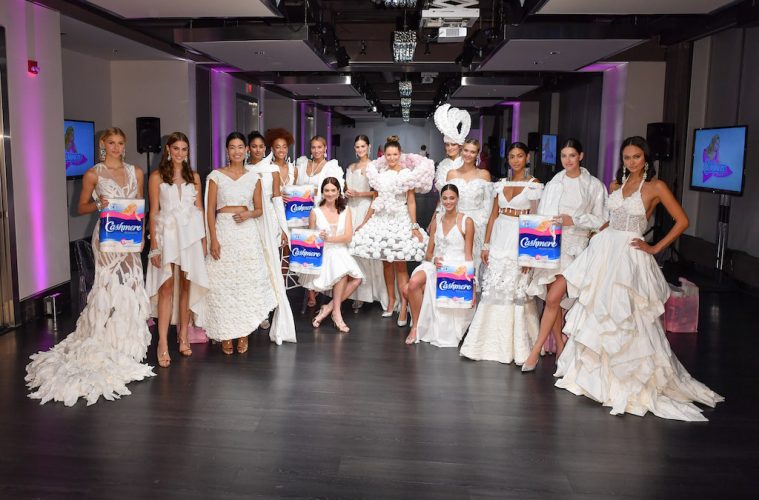 We’re still in awe of the creations that graced the runway at the Arcadian Court in Toronto earlier this week. The highly anticipated Cashmere Collection annual haute couture event features Canadian designers and their breathtaking one of a kind pieces. The show is considered the kick-start of October’s Breast Cancer Awareness month.

This year’s theme reflected the event’s 15-year milestone. Crystal Ball had a sparkling twist this year with each creation embellished with 4,000 crystals. Crystals also represent the timeless tradition as a 15th anniversary gift symbolizing eternal love and unwavering commitment. Not only are they jaw-dropping gorgeous but all crafted in Cashmere paper. Yes, the makers of the most soft and luxurious bathroom tissue.

This year’s show was curated by Mosha Lundström, Halbert, daughter of famed Canadian designer Linda Lundström, who’s no stranger to the fashion industry. Mosha studied at the Neighborhood Playhouse School of the Theater in New York City, and started out as an actress before falling in love with fashion. Her career highlights include Fashion Editor, FLARE Magazine; Associate Fashion Director, Hudson’s Bay Company and Lord and Taylor; Fashion Director, Footwear News at Women’s Wear Daily. Currently, Mosha shares fashion insights on TV, radio and in print, with contributions to VOGUE, CBC, CityLine and to The Business of Fashion. Mosha also operates Therma Kota — an outerwear brand inspired by her family’s Icelandic heritage — with her mother and sister. 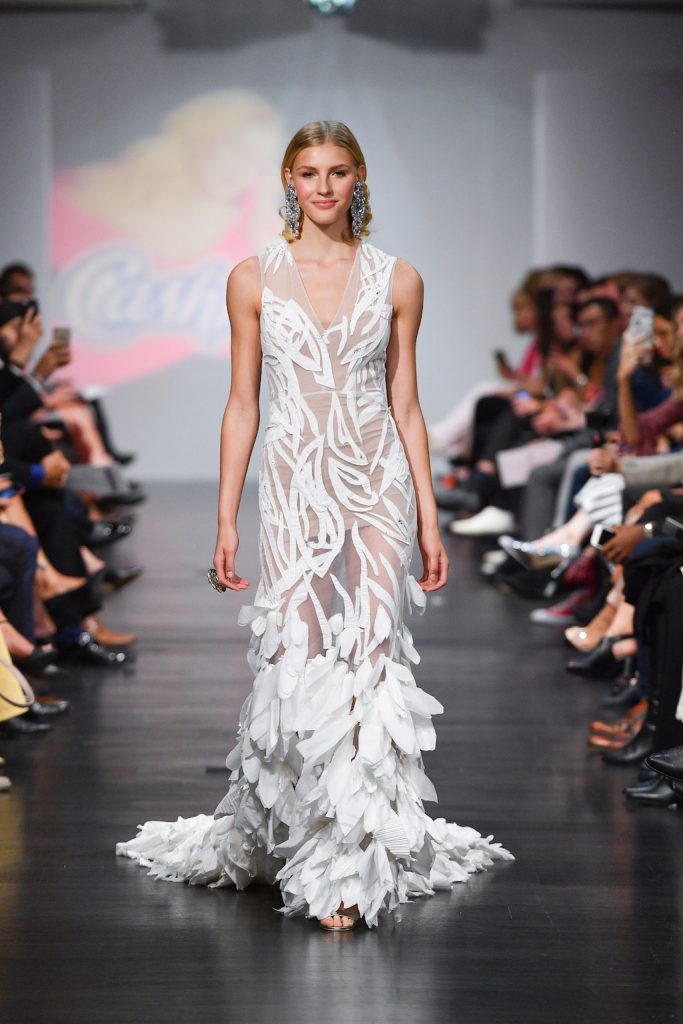 The show featured 15 looks by designers:

So, how does this all support October’s Breast Cancer Awareness month?  All of us can now check out the designs at Facebook.com/Cashmere and vote for our favourite looks. For every vote, $1 is donated by Cashmere to the cause (up to $10,000) in the winning designer’s name in the Vote Couture for the Cure social fundraising initiative.

In addition limited-edition Cashmere Bathroom Tissue are now in stores. Twenty-five cents from the sale of every specially marked package going directly to breast cancer efforts at the Canadian Cancer Society (CCS).