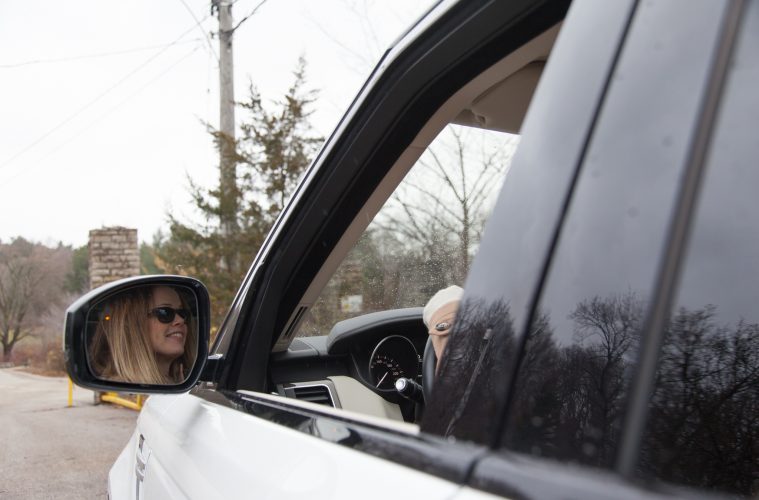 Car theft in Toronto has been a common occurance these days. Did you step outside and think you got Punk’d? Or to capture another morsel of Ashton Kutcher’s playbook, think “Dude, where is my car?”

Toronto, like most other North American cities, has become absolute bedlam for car theft. Sophisticated thieves can nick your auto in under a minute, without your doors being left unlocked, your keys near it or any other mishaps that commonly result in car theft.

Turns out, so-called Smart keys have made us all look pretty dumb. The mimic of the signal, ushering you into your vehicle has been a hands-free convenient keyless entry for over a decade. Because we’re all now too lazy to fumble for our keys, our cars are now easy targets for lifting.

I should know, I have the unlucky fate of having not one, but two SUVs stolen from me under twelve months.

Since the cops can’t do anything, and the government doesn’t care enough to make this a priority here’s a smidge of what I’ve learned in becoming a two-time car loser. Dude!

Admitting that you are defeated is a great first step. Instead of owning that dream mobile, opt for a 10-year-old, but reliable, vehicle instead. Especially if it has an old-school key entry. And don’t even think of a remote starter to warm it up. Nah, that’s reckless.

After both vehicle thefts, I was told the following by Toronto’s finest.

🚗 And if you do have a nice car, don’t drive it anywhere (which I found puzzling)

Both officers also suggested getting a Club. Yes, that goofy steering wheel contraption is the greatest asset against these robbers.

You can also purchase and install a lock on the data port. This simple device blocks access to the computer port where the thieves gain access to reprogram the vehicle’s keys.

SO, YOU STILL WANT TO DRIVE YOUR FANCY RIDE TO THE AIRPORT (OR ANYWHERE ELSE)

Mitch Marner learned the hard way, getting car jacked for his Range Rover in Etobicoke. Getting a gun pointed in your face is much more tramuatizing than discovering your car gone. But while you can’t prevent car theft 100%, you can deter thieves.

💡 Keep your car locked in a locked garage. Keep that area well-lit and under video survellience

💡 If you’re driving to an airport, or another busy hub, ensure your car plates are clean and easy to read. Pearson Airport didn’t pick up on my car entering or exiting, because the plates were dirty

💡 If your car has an app, keep it up to date and track its location daily while away

And if you’re shopping for a new ride, apparently Teslas are the real deal, impossible to steal. So, be like bbno$, Whip a Tesla!

Should you still NEED to park at YYZ, never pay for parking until you have located your vehicle! Pearson still ruthlessly refuses to refund, so better be safe than, well, me. Wuh wuh. After grabbing a taxi ride home, my driver informed me I was his second customer that DAY that had their car stolen from terminal one.

Peel Police, who support airport security, have yet to make a media statement about these thefts, but while reporting mine, they mentioned this was a daily occurrence.

In the meantime, if you still have your car, stay safe on the roads with our winter road checklist.

At the end of the day, I’m just glad I wasn’t in it at the time.