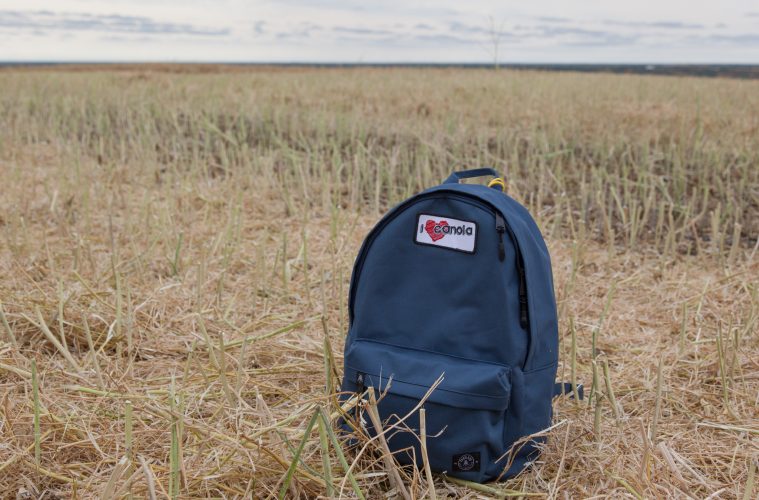 Canada’s Crop: Why I Choose Canola

Purchasing home-grown goods means more than placating your local produce stand at the farmers market. We often connect the visual of bushels of fresh heirloom tomatoes, ears of tender peaches and cream corn and baseball bat size stalks of zucchini with the epitaph of ‘shopping local’ and the harvest season. With provincial and federal marketing labeling everything from milk and cheese to grains and lentils, to fish and fowl, Canadians aren’t shy when it comes to sharing their love for local.

But the sentiment doesn’t carry over for all Canadian commodities. While we rally around our pig farmers who are affected by the Swine Flu, or champion our dairy industry when Americans were putting pressure on our government to allow dairy imports from the US, there’s a disconnect when it comes to Canada’s crop, Canola. 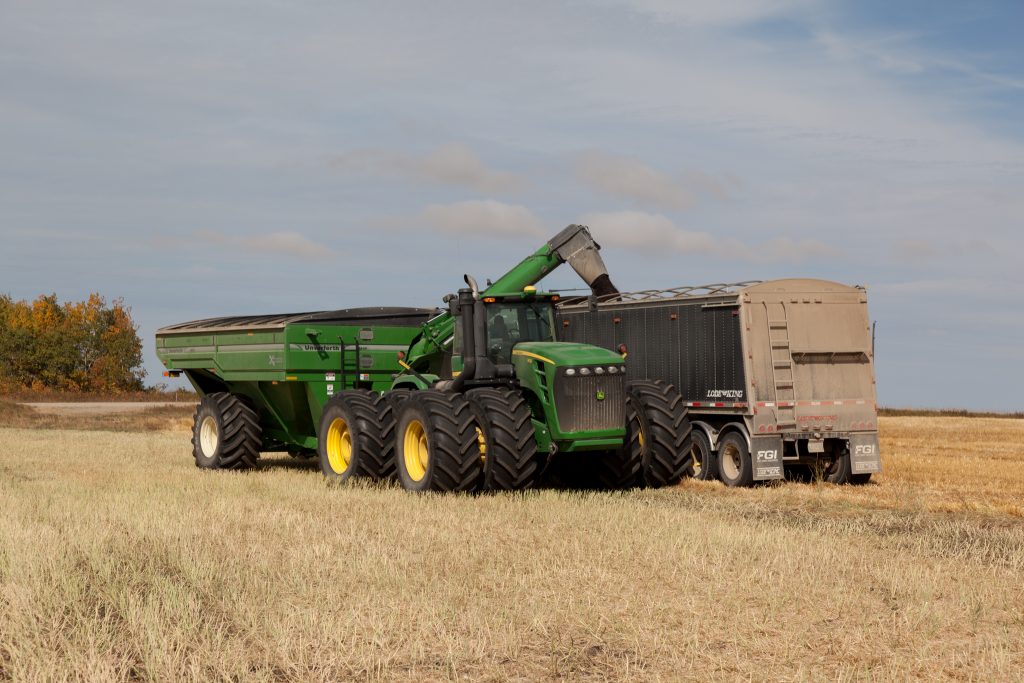 Canola oil, invented in Canada, is a high-quality oil, made from the mighty canola seed. Visiting a farm in Manitoba, Alberta or Saskatchewan, where the bulk of this crop is grown, will offer vistas of summer meadows, sunny, flowy yellow flowers gracing the fields of countless farmers who grow canola for our own families here in Canada, but also to be exported worldwide, meeting the demand for millions of consumers seeking a first-class food-safe oil. An oil with an impressive pedigree of merits, from its high smoke-point and heat tolerance, to its clean taste and variety of uses. Canola oil should be celebrated here in Canada as much as it’s cherished worldwide, so why isn’t it?

A staggering 90% of the canola seeds grown here in Canada are pressed and converted into canola oil to be exported globally. That leaves a slim 10% of Canada’s crop to remain here in for use domestically. With China accounting for 40% of all canola imports, their embargo on importing this golden oil is catastrophic for the 249,000 Canadians who are employed in this industry. With a population that is dwarfed by China’s by about a billion people, there simply is no way the Canadian marketplace can absorb that loss. This means lost jobs for the hardworking farmers that have been putting food on your fork, and a disruption and distraction to all those others who rely on them for employment. The ripple effect doesn’t stop there. Prices for canola are steadily dropping, resulting in a deficit for those farms who rely on this sustainable and hearty crop. Farmers are getting less money for the same quality product they’ve grown, in some cases, for generations. With roots in the ground and seeds in silos, the sudden impact from this halt in exports to China could mean the demise of family farms for years to come. 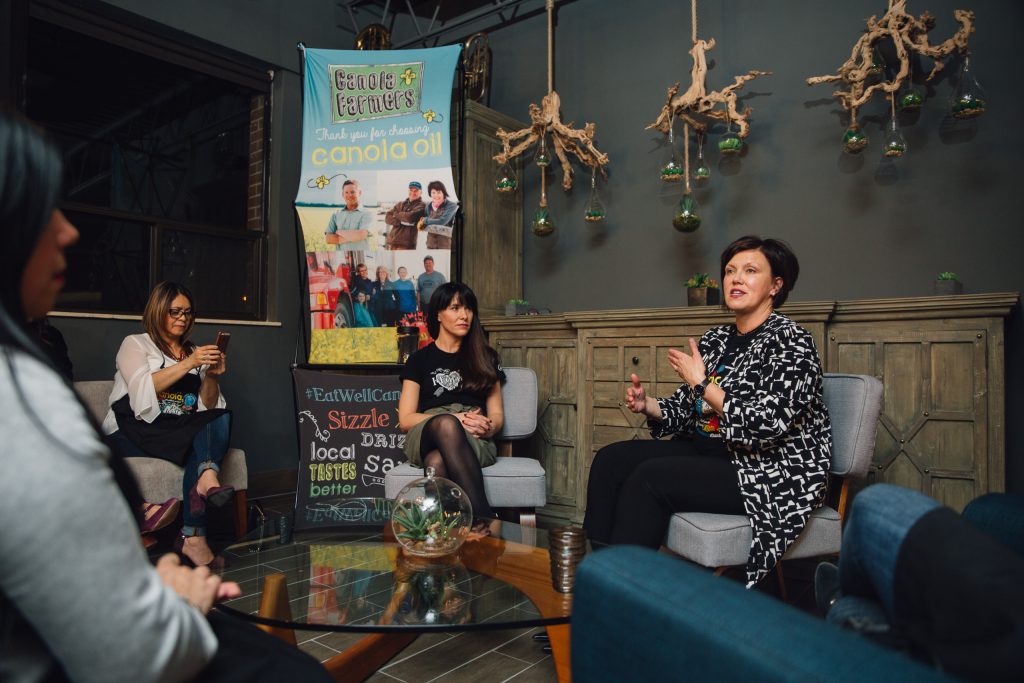 And one of those farms belongs to Jeannette Andrashewski, who’s been growing canola on her family farm for 25 years. Jeannette speaks passionately on the subject of farming sustainably, educating urban citizens on exactly where their food is coming from. The disconnect on modern farming, and how Canada is a leader for responsible agriculture is largely lost on the majority of the population. Jeannette’s ambition is to see someone have that ‘a-ha’ moment, something I’ve witnessed countless times, the pivotal turning point that leads to understanding and the desire to shop proudly Canadian. Jeannette is a farmer first though- it’s tough to be everywhere delivering the gospel truth when you’re running a farm. So, the disconnect and misinformation permeates.

That’s tough news to swallow, and while the Canadian government works to broker a new deal, it’s up to us to shine a light and share our love with our farm community. With well-documented health benefits, the omega-rich and heart healthy canola oil is my go-to oil in the kitchen, for whipping up salad dressings and marinades, butter-less baking, deep-fat frying and more, the uses are endless. And like with any other Canadian product backed by the Canadian Food Inspection Agency you don’t need to fact-check like other foreign imports which are often fraught with fraudulent sources. Olive oil, for example, is a prime culprit for being exported, blended with other oils, before being imported back, slapped a label on and shipped to unsuspecting consumers, exposing the vulnerable to the very real risk of contamination and unexpected allergy hazards. Bogus and fraudulent food doesn’t just hurt farmers, it poses a serious threat to anyone who may be vulnerable to unlisted toxins or ingredients. 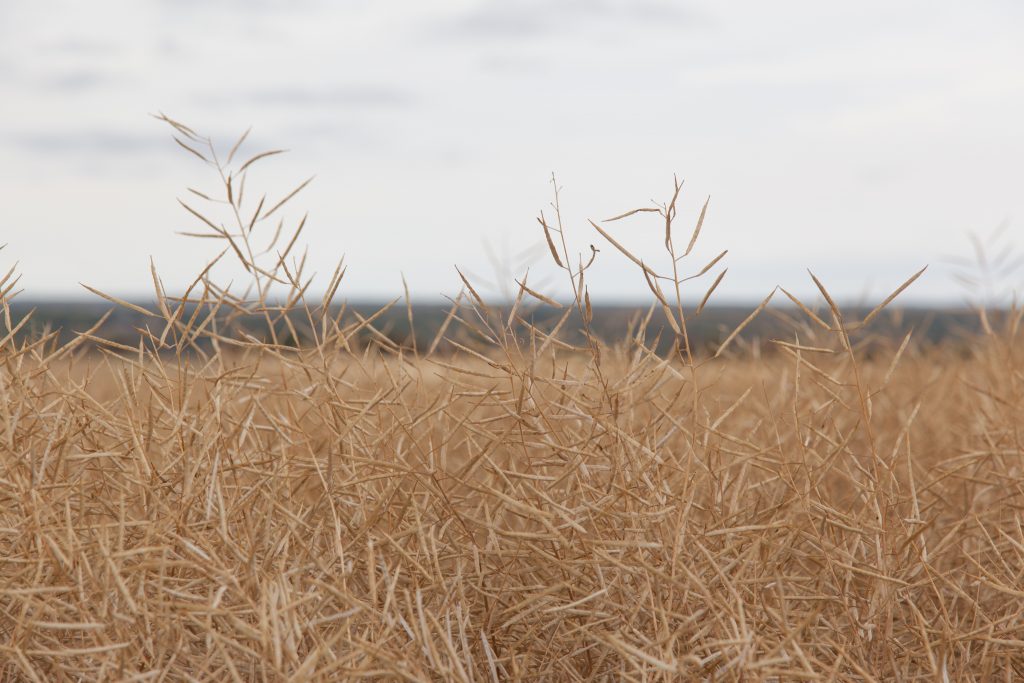 But pure, safe high-quality canola is a product you can count on. It is versatile, affordable and distinctly homegrown. If you’re a proud Canadian like me, put your money where your mouth is, and take the pledge to make it canola.

Thanks to Eat Well Canola Team for sponsoring this post.