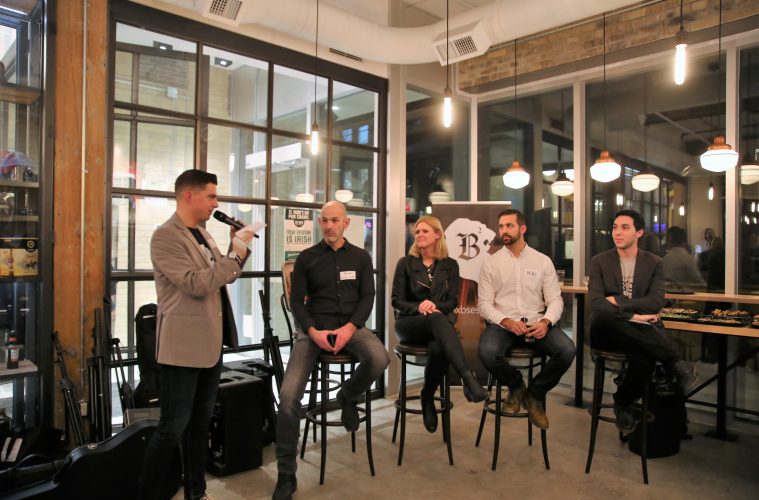 Curious by the concept of craft beer fans and innovative technology coming together for a night of drinks, talk and music I jumped at the chance to attend Bytes & Brews launch session at Big Rock Brewery. As someone who is a female in a male dominated industry I was wary of another bro-culture atmosphere. In the same breath I also wanted to see beer presented in a way different than toque wearing, testosterone filled festival environments. 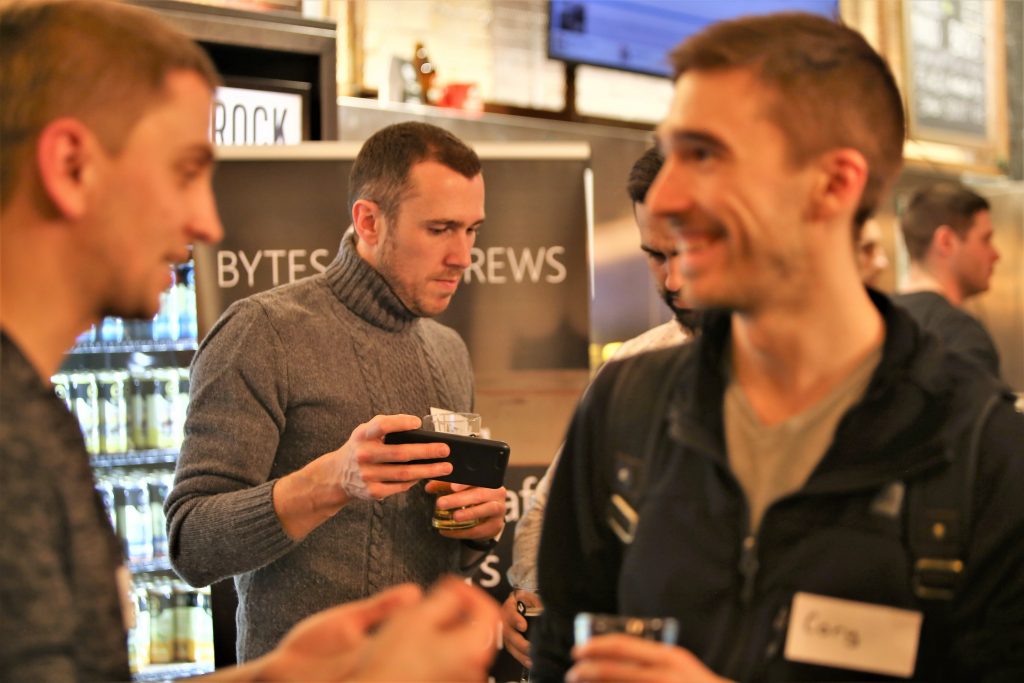 The two hour event was split into 3 distinctly different yet well paired segments. After an initial opening meet and greet where guests trickled in and could grab a pint and introduce themselves to organizers, invitees and panelists Big Rock brewer Dan Ellis led the group through a tasting of four of the brands’ core beers. A passionate speaker about his craft, the beer couldn’t come out fast enough to keep up with his guided tasting but was still well received by everyone.
More time was given to mingle around while a local musician performed live which was a nice break to talk further with those around us, comment on the beer, and have a bite to eat.
While I came for the drink I was pleasantly surprised to become engrossed in the panel that followed. I am more tech savvy than many of my peers but the future of augmented reality, HoloLens and virtual reality is both terrifying and thrilling. While I thought it was already quite advance it’s interesting to know that this type of innovation is still just beginning.

It was a short and sweet discussion, nothing too noun heavy or over the top but interesting enough to keep people engaged. With some of the technology on hand guests could take some time to play and expand on any number of the topics discussed. The most refreshing part of the evening however came with the knowledge that more women were at this event than men. Both industries need ways to break through that gender wall bias and by coming together they have elevate both to a higher standard.
Tickets to the next session are on sale now. Check out the Bytes & Brews website for more information.