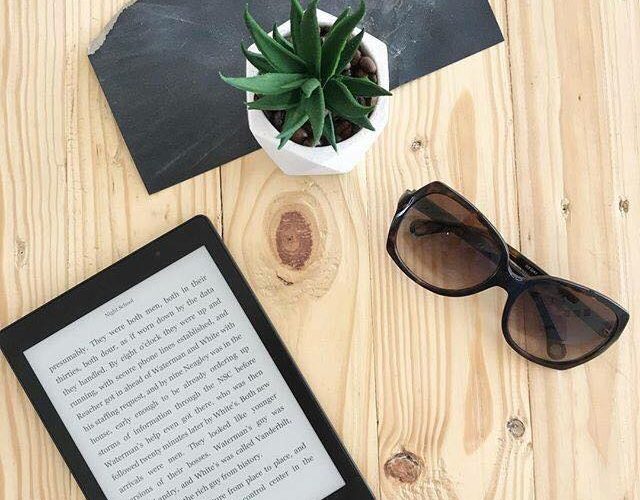 Books for Every Mom

Have you had a chance to read our list of great gift ideas for Mother’s Day? We like it too. But, what if the mom you have in mind, isn’t the at-home spa gift basket kind or thinks a new item for her kitchen isn’t really a gift for her? Been there.

One of the gifts that has universal appeal is a portable eReader. We love this gift idea as it’s lightweight and downloaded eBooks is easier than ever before. You can even take your gift giving one step further and load in some new good reads – we love the classics!  It is a gift that will always be appreciated as she can pack it in her purse for subway commutes, throw it in her gym bag to pass the treadmill time, or bring it along while she waits for kid-activities to end. It is a thoughtful gift that screams, take time to yourself. And what mom doesn’t want that?

Not sure what kind of eReader is best for mom? There are many on the market these days but we really find the new Kobo Aura H20 t($199.99 Cdn) to be the Rolls Royce of eReaders.  Tons of storage space for books (if you have a public library card, you can also borrow eBooks that way too!). Anti-glare, so you can read at the park. And waterproof, so you can take it to the beach, pool or bathtub! Yeah, you can! We’ve tested it out.  More details here. 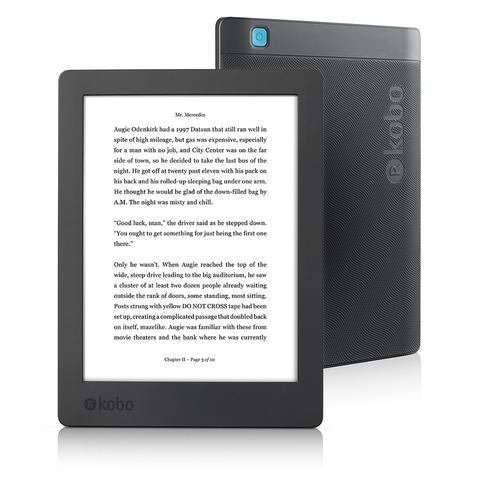 Below are 8 titles that we’ve put on our Mother’s Day must-read list:

For the Biography reader:

The Seasons of my Mother by Marcia Gay Harden

In this lyrical and deeply moving memoir, one of America’s most revered actresses weaves stories of her adventures and travels with her mother, while reflecting on the beautiful spirit that persists even in the face of her mother’s struggle with Alzheimer’s disease.

Marcia Gay Harden intertwines the seasons of her mother’s life with her own journey from precocious young girl to budding artist in New York City to Academy Award-winning actress. With a razor-sharp wit, as well as the kind of emotional honesty that has made her performances resonate with audiences worldwide, Marcia captures the joys and losses of life even as her precious mother gracefully strives to maintain her identity while coming to grips with Alzheimer’s disease. 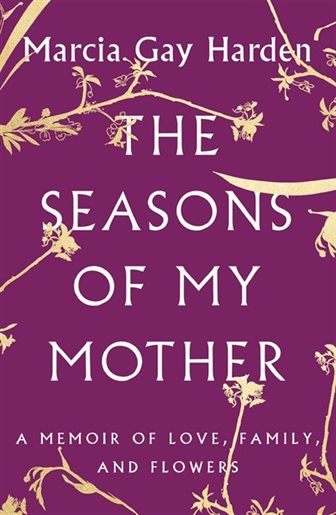 For the Fiction reader:

A lively, sexy, and thought-provoking East-meets-West story about community, friendship, and women’s lives at all ages—a spicy and alluring mix of Together Tea and Calendar Girls.

Nikki lives in cosmopolitan West London, where she tends bar at the local pub. The daughter of Indian immigrants, she’s spent most of her twenty-odd years distancing herself from the traditional Sikh community of her childhood, preferring a more independent (that is, Western) life. When her father’s death leaves the family financially strapped, Nikki, a law school dropout, impulsively takes a job teaching a “creative writing” course at the community center in the beating heart of London’s close-knit Punjabi community. This is where the story begins…

For the Mystery reader:

After Anna by Lisa Scotoline

Riveting and disquieting, After Anna is a groundbreaking domestic thriller, as well as a novel of emotional justice and legal intrigue. Dr. Noah Alderman, a widower and single father, has remarried a wonderful woman, Maggie Ippolitti, and for the first time in a long time, he and his young son are happy. Despite longing for the daughter she hasn’t been since she was a baby, Maggie is happy too, and she’s overjoyed when she unexpectedly gets another chance to be a mother to the child she thought she’d lost forever, her only daughter Anna. New York Times bestselling author Lisa Scottoline keeps readers on their toes until the final shocking page. 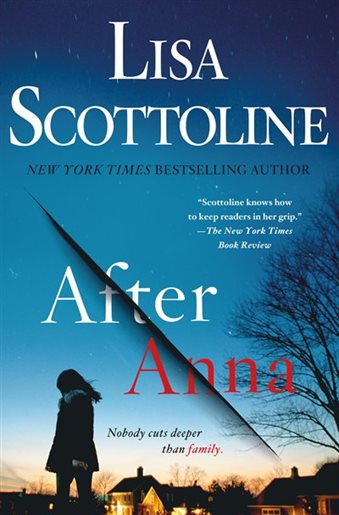 For the Culinary reader:

Lidia: A Life of Love, Family, and Food by Lidia Matticchio Bastianich

At the age of 12, Lidia started a new life in New York. As a young teenager, she began working in restaurants–the first step toward the creation of her own American dream. In this book, in vivid detail, she recounts her journey of fulfilling that dream. Supported by her close-knit family, and fueled by her dedication and endless passion for food, her drive ultimately led her to owning multiple restaurants, writing several cookbooks, and acting as host of her own television cooking show for twenty years. This memoir is an absolute must-have for the millions of Lidia fans who are eager to know her whole story at last. 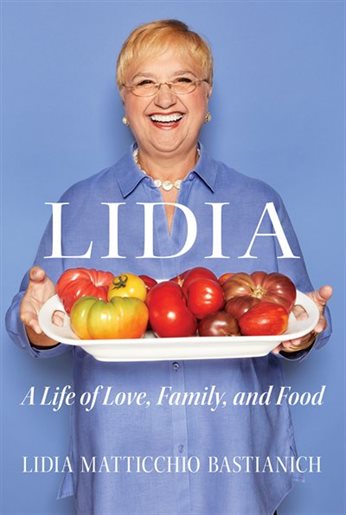 For the Humour reader:

Kelly Oxford likes to blow up the Internet. Whether it’s with the kind of tweets that led Rolling Stone to name her one of the Funniest People on Twitter, with pictures of her hilariously adorable family (human and animal) or with something much more serious, like creating the hashtag #NotOkay, where millions of women came together to share their stories of sexual assault, Kelly has a unique, razor-sharp perspective on modern life. As a screenwriter, professional sh*t disturber, wife and mother of three, Kelly is about everything but the status quo. 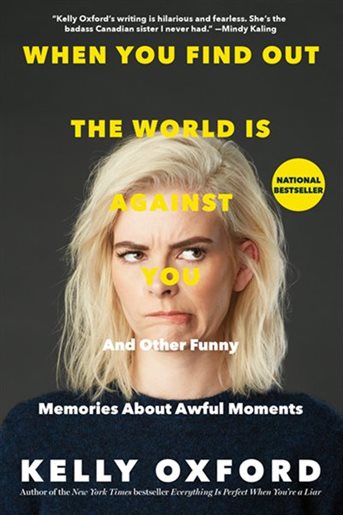 For the Family reader:

The award-winning creator of Blue’s Clues, Super Why!, and Daniel Tiger’s Neighborhood shares the secret sauce behind her shows’ powerful, transformative results in the form of eleven research-based, foundational “clues” to ensure that preschoolers flourish academically, socially, and emotionally during this critical time.

In Preschool Clues, Angela shares the latest research from top thinkers in child development and education. Through her practical, straightforward advice and inspiring, conversational approach, you will not only understand exactly what your children are learning from the shows they watch and why these shows are so effective, you’ll know exactly how to apply these same proven approaches in your daily life and with the same powerful results. 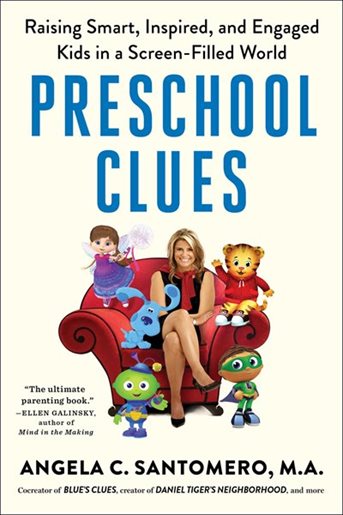 For the Romance reader:

The Royal We by Heather Cocks, Jessica Morgan

Celebrate Prince Harry and Meghan Markle’s engagement with this novel about an American girl finding her Prince.

American Bex Porter was never one for fairy tales. Her twin sister Lacey was always the romantic, the one who daydreamed of being a princess. But it’s adventure-seeking Bex who goes to Oxford and meets dreamy Nick across the hall – and Bex who finds herself accidentally in love with the heir to the British throne. 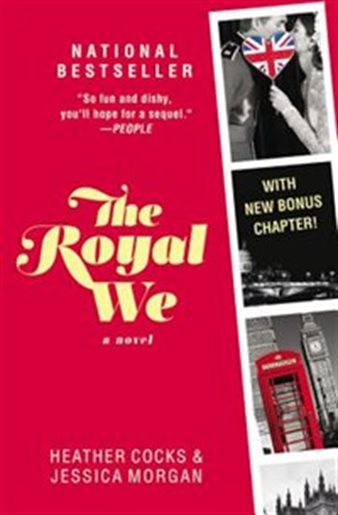 For the Fantasy reader:

Set five hundred years in the future, Wonderblood is Julia Whicker’s fascinating literary debut, set in a barren United States, an apocalyptic wasteland where warring factions compete for control of the land in strange and dangerous carnivals. A mad cow-like disease called “Bent Head” has killed off millions. Those who remain worship the ruins of NASA’s space shuttles, and Cape Canaveral is their Mecca. Medicine and science have been rejected in favour of magic, prophecy, and blood sacrifice.

When travelling marauders led by the blood-thirsty Mr. Capulatio invade her camp, a young girl named Aurora is taken captive as his bride and forced to join his band on their journey to Cape Canaveral. As war nears, she must decide if she is willing to become her captor’s queen. But then other queens emerge, some grotesque and others aggrieved, and not all are pleased with the girl’s ascent. Politics and survival are at the centre of this ravishing novel that will delight fans of Cormac McCarthy’s The Road and Jeff VanderMeer’s Acceptance. 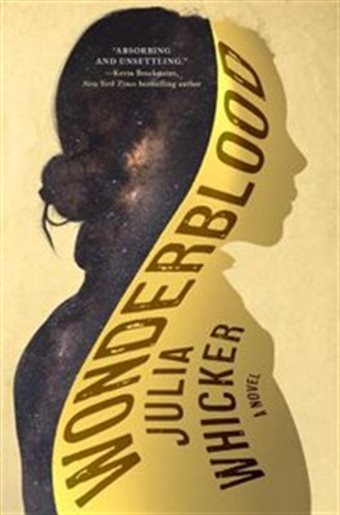