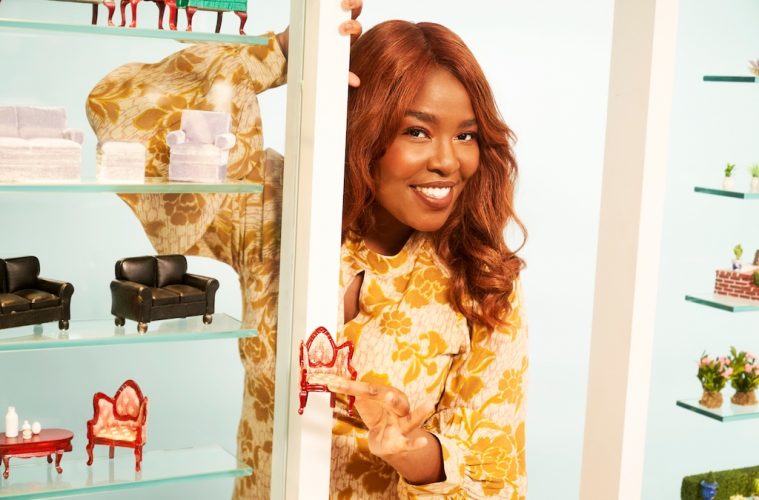 Best in Miniature Showcases One Of The Hottest Trends Going

The miniature world is not such a small world after all. With millions of fans it’s become one of the hottest trends globally. Skilled miniaturists have cult-like followings making them next level rockstars in the design world. They may have a passion in creating the tiniest objects but take a closer look and you’ll find they are  grand in the details.

This new series will bring some of the best miniaturists in the world in a competition unlike anything we’ve seen before. Hosted by Aba Amuquando (This Hour Has 22 Minutes) the 10-episode series is set to premiere on CBC GEM, February 11, 2022. Binge-worthy? We think so.

In this new series, each contestant will create their houses in painstaking detail. They go room by room, shrinking life-size objects to 1:12 scale. The challenges will be judged by U.K miniature expert, Emma Waddell, and esteemed Canadian interior designer, Micheal Lambie. 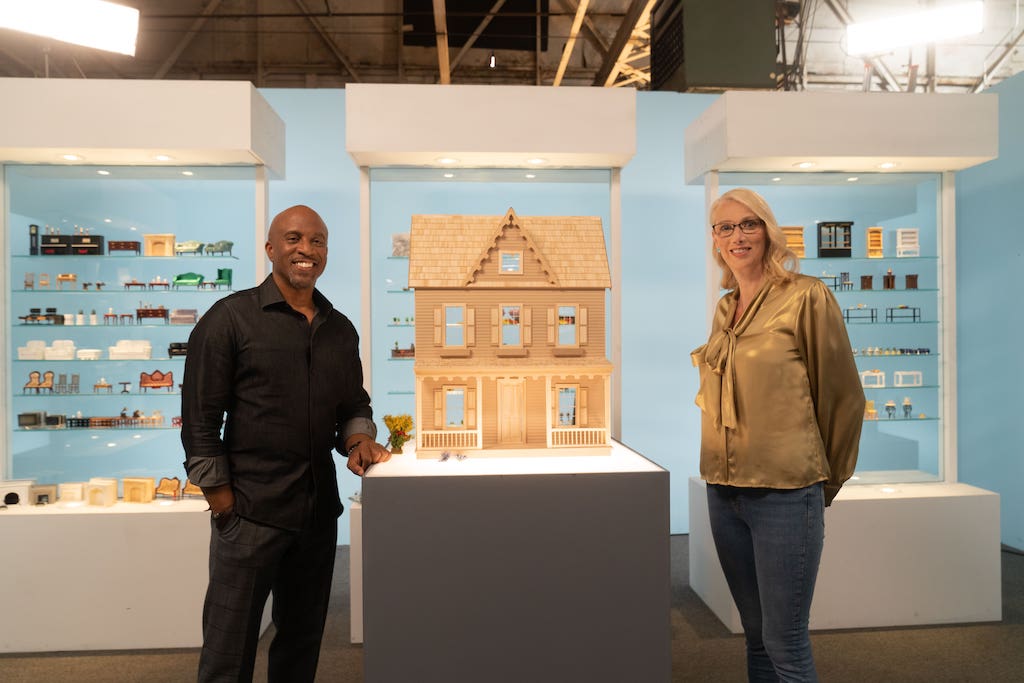 But Aba sets the record straight, we’re not talking doll houses but intricate and elaborate tiny to-scale homes. If you’ve been on social media platforms like Youtube and TikTok, you can see just how fascinating this world truly is. And speaking of social media, Instagram was where someone contacted Aba to discuss the opportunity to host the series. She tells us she had been following different miniaturists for a while and was amazed by the artists she had discovered. Aba tells us she noticed a comment on her IG page and then a direct message from the show’s team.

Initially she thought they were scams but she quickly learned the call out was very real from her casting director.   “The funny thing was, I’ve always liked miniatures and it was very much part of my daily routine to watch at least 10 miniature cooking videos on Instagram and on Twitter so I thought, ‘were they watching me this whole time? And how did they know my secret obsession?!” she laughs. “I felt really lucky that they reached out to me.”

When I first saw the trailer for the show, I told Aba I thought it was really cute but I quickly realized it’s much more than cute. I had no idea just how big of a passion following this art form had.

Aba mentioned she knew nothing about the miniatures other than finding them very soothing and very curious about this world.  When she first received the background information about the contestants she learned about their aesthetics in their creations and she was amazed. It wasn’t until she got on set and met the cast that she was able to ask them questions in between shoots to learn more about them.

After speaking with them she tells us, “The biggest take away was that the world of miniatures is so far reaching and so much bigger than I ever expected,” said Aba. “Everyone fell into it in different ways. Some fell in love with it when they were kids and others just discovered it a few years ago and found  ways to monetize. So, I really learned in the space.”  But even now she still questions how much she truly know about the miniature world and says there’s still a lot to uncover.

So, the contestants featured range in ages and backgrounds? “Yes, it’s an incredibly diverse show in that way. That was a really tender thing about it. The show has connected so many different people. It’s nice that we get to see the range of talent and skill set,” said Aba.

But it’s not just a feel good show about people created mind-boggling tiny replicas, it’s a competition. So, how intense were the judges? Aba laughs, as she tell us, “I feel like the judges are intense in their own craft. Emma is the premiere miniature maker in the world and one of the most popular so she knows her stuff. And Micheal is an establish interior designer and he’s been working for such a long time. He has such a vast clientele so he’s also very serious. He knows exactly what should be done in a particular situation just like Emma. So, yes, they are pretty serious about it, but they aren’t really serious people.”

So, what were the judges looking for from the contestants? Aba tells us they were definitely keeping an eye out for creativity but were also looking for elements to make sense physically. “Doors had to open and be functional and windows also had to open. You have to be able to see yourself in the space like a person. You’re not working on a doll house, you’re working on a miniature house.

The job is to replicate what a real house would actually look like. Essentially the judges were looking for attention to detail. They wanted it to be neat and most importantly, it had to be completely to scale. It’s actually quite obvious when something is off scale. Overall, they were also looking for a storyline and for it to be entertaining,” said Aba. 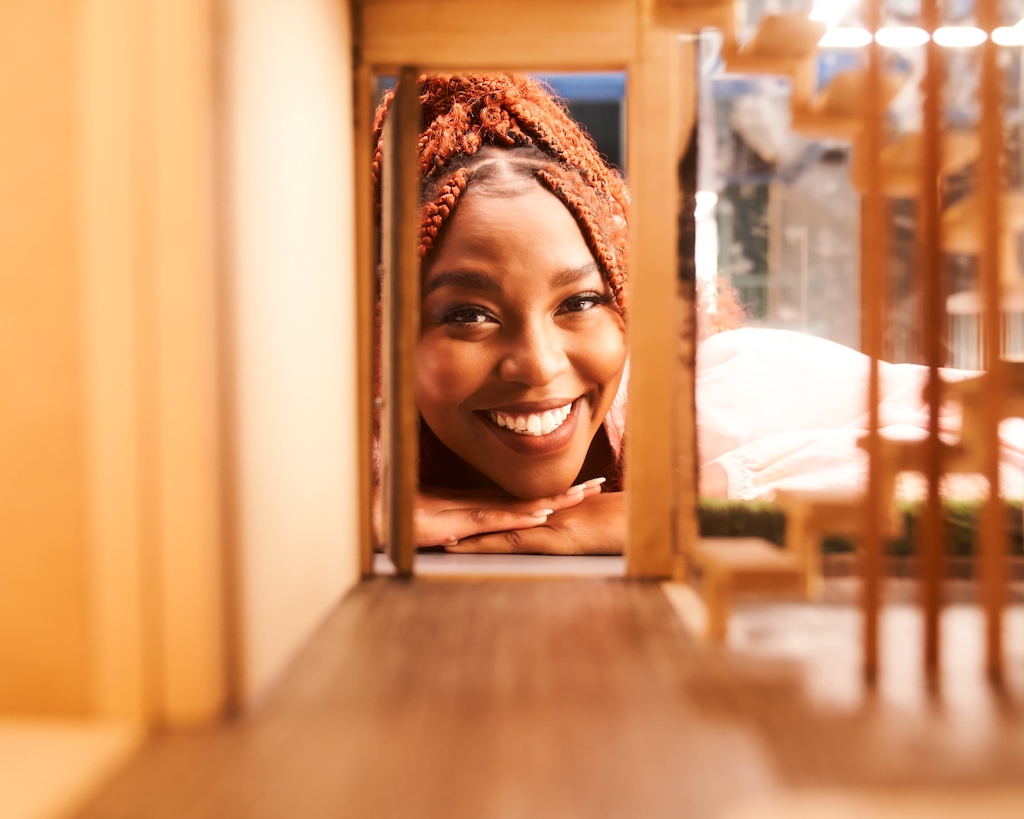 So, I had to ask Aba what her own miniature dream house would look like and if there were any tips she had picked up while working on this series?

‘I think design wise I would stick to simplicity,” said Aba. “I feel like there were a few contestants who knew what they were capable of so they really  hit the ground running with very elaborate things but then you remember it’s a competition so things got really challenging. I think I would do a very sleek condo or one of those shipping container homes. I LOVE those and I think they are SO cool! All you need to do is really stack them in different ways, then paint them and make them minimalist.”

BEST IN MINIATURE will begin airing on CBC Gem Friday, February 11, 2022. There are 10 episodes all dropping on that day. I’ll have my popcorn ready for the binge-fest!