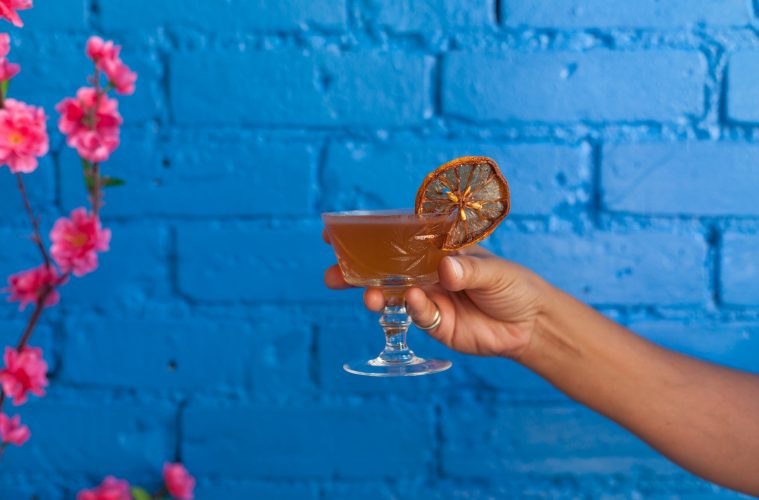 April in Toronto is almost guaranteed to bring the trifecta of sun-snow-rain and well, still Covid. I’m writing this as I am laid up in bed, missing out on events and patting myself on my back for not infecting more people with this neverending illness. Wah! Sunny skies are surely on the horizon….No that’s not an April Fools Joke.

St Louis Bar & Grill brings the heat and this deal is spicy! AYCE boneless chicken wings are on the menu just until April 24th. For $19.99 you can pig out and compete with your mates while you celebrate thirty years with thirty fired up saucy flavours.

Bannock is now Sap. No, not the giant German SAP Software juggernaut, but the sweet stuff our country is famous for. The rename of the O&B space quietly took place earlier this year, still housed in the same space on Bay Street. Taking a cue from Mother Nature, Sap is marking the occasion with a special maple-themed menu, Maple Bacon Patty Melt, Tarte au Sucre and a Maple Oat Latte are up for grabs just until May 1st.

TO Food & Drink Fest is taking over the Metro Toronto Convention Centre for three days of drinking, eating and flaunting the 6th wave of this pandemic April 22-24th.

Can You Do Lunch?  This year’s event will focus on women and HIV. Held on Thursday, April 28th at the Four Seasons Hotel, be part of the tribute to important women who have been at the forefront of fighting and ending HIV in Canada. Purchase your tickets through CANFAR.

I can officially leak the news! The cat is out of the bag! My bestie Chef Laura Petracca is taking over the reins at Leña. While Chef Julie departs after years of service with the O&B outfit, you can expect the same South American flair with Chef Laura at the helm.

OEB Breakfast Co is buzzing! We dropped by this new breakfast eatery in Liberty Village to scope out the goods and were super impressed by the options! Think accessible easy walk-in breakfast spot meets your lineup down the street brunch place. Quick and clever. Eggscellent!

Superfresh, an Asian Night Market is opening in the old Annex Food Hall. Co-founded by Trevor Lui and paying homage to the surrounding area and night market vibe, Superfresh will bring vendors off all Asian eats to one tidy space that’ll be open late 7 days a week. Look for their opening this spring.

GoodGood is now open on St. Clair, joining King Street and St Lawrence as snack hubs in the six. Powered by snazzy algorithms and of-the-minute delivery, GoodGood is buzzing with more than just coffee. Read the full scoop here and stay tuned as more locations roll out.

Grounded Coffeebar is a clever name for a mom-daughter fronted coffee shop. We love the fresh handmade pastries, hot custom coffees and neighbourhood feel. Check them out at the top of the hill on Yonge, across from Loblaws in Lawrence Park.

Casa Madera at the 1Hotel is set to open on April 5th. Set in warm wood tones and lush greenery, this sustainably-minded restaurant is perfect for ushering in Earth Month. Seafood, steaks and actually-on-fire cocktails make for a memorable evening.

Pizzeria Libretto is opening on Yonge, just north of Sheppard. This pizza outfit has been cranking out the pies in collabs with local restaurants and grab-and-gos during the pandemic, but it’s great to see a proper brick and mortar location for this tasty brand.

Sweetie Pie expands with its latest opening at the old Pizzaville shop on Yonge north of Lawrence. Look for sweet and savoury pies (vegan too!) at this 7th location for the bakery.

Aloette still has the paper on their Yonge Street flanked windows, but I’ll still be documenting the slow peel back for your reservations later this spring.

W Hotel is nearing completion in Yorkville. Stay tuned as we stalk their food and beverage plans. If it’s like any other W property, Toronto is in great hands. Forecast this hot spot for your spring rotation.

Nanashake, the vegan ice pop emporium in North York has closed. But don’t despair, retailers have lined up and now Nanashake’s goodies are available right across Canada. Congrats! 🍌

Longbranch Fish and Chips has closed. The neighbourhood favourite shuttered doors and broke west-end hearts who frequented the spot.

With the boys in blue headed back to the ‘dome we’re feeling like a footlong! Enter ‘The Slugger’ from nearby Wahlburgers. This street-style dog is dressed to the 9s (innings) with Chef Paul’s signature touches like in-house made wahl sauce and bacon bits. That is to say, it’s a homerun!

All photos by Libby Roach unless otherwise indicated.