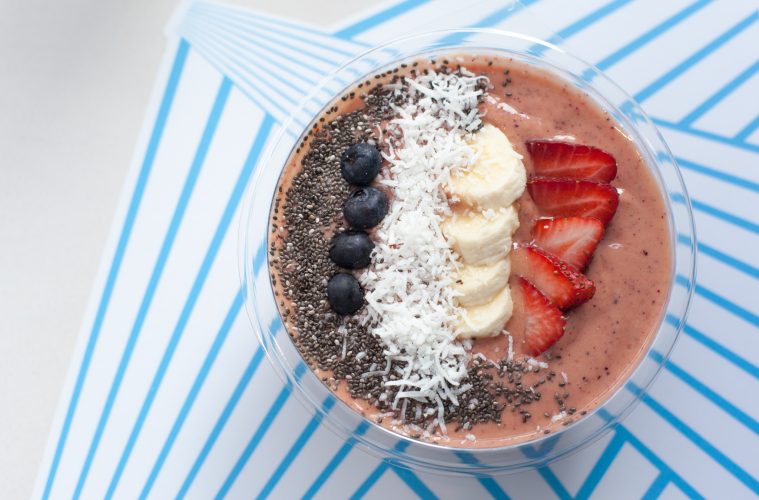 October is the best month of the year. Don’t believe me? Ask OVO’s ambassador Drake, October has 31 days of haunted Halloween fun, with fall colours blooming and acting as a backdrop for all crisp fresh autumn air. We’ll be feting the season by sneaking in some gallivanting for ghouls at Casa Loma for their now annual Legends of Horror haunted castle, running until October 31st.
And we’re super excited to see FNL ROM back, with a stellar line up of party options for October, featuring Pumpkin Spice (yes!), Dig It (dance move?), The 6ix (Drake is always in) and Wicked (sexy witches be warned!). Grab tickets to any of these events here.
And if you’ve been marking October 17 as your own personal Superbowl, then check out The Cannabis Society‘s big party at Love Child Social House. Sponsored lounges, industry pros and hopefully lots of snacks will keep the party going, marking a huge moment in Canadian history. Touchdown!
Fall would be flat without the flavour, and Soup Fest has got that in spades! In support of Second Harvest, the two day outdoor festival is taking over Fort York with the city’s finest bowls, so grab your squad and get your slurp on.
October Happenings
Ottawa import Mad Radish is launching this comfort food grab and go spot steps from Yonge and Eglinton. Look for soups and salads to round out their bowl based offerings, yes there will be avocados!
Escape from the everyday with a new King Street destination for busting boredom. Throw an ax, have a drink, or just escape from the monotony of another boring date with Escape Manor, Toronto’s newest haunt for fun. Board games, bocce and other hands-on fun make this a guaranteed good time, unless you’re a sore loser of course…
Jen Agg has just unveiled (Le) Swan, taking over the storied Swan diner on Queen West. If you love Grey Gardens (which we all do), then Swan will no doubt be a destination- her devotion to creating an immersive dining experience is like food poetry in motion- no detail is too small, no playlist too obscure.
Twenty years is a feat in any city, in Toronto it practically deserves a statue. Sassafraz, the Yorkville bar-resto that started it all has undergone a significant renovation, celebrating their decades in the business.
Rally Sports Bar has now opened in the Madison Centre. Huzzah! The do-over from the cave like Moxies that once occupied the space has been renovated to reveal a destination worthy sports bar for all your Leafs games.
Coming Soon
Mark McEwan said goodbye to North 44 this summer, and we didn’t have to wait long to hear who is taking over. Byblos is banking on Yonge and Eglinton as a prime target for their brand of Middle Eastern eats courtesy of Stuart Cameron.
And nearby, Buca has been busy putting finishing touches on their latest uptown option. Located on Eglinton East, the newest of the Buca’s is looking to launch this fall.
O&B is also quietly expanding, last month Parcheggio and Beauty BBQ opened, this fall will see Maison Selby opening, at the base of a new condo development on Bloor East, by Mount Pleasant. Stay tuned on this development, and an announcement on yet another restaurant too!
Chainsmoker is opening two new locations, setting a path on offering barbecue and smoked meat options for the masses.
Cactus Club is set to unveil their biggest location yet- this one surfacing at Sherway Gardens. Rumour has it, the newest Cactus Club will be the biggest yet- and that includes the west coast market. Director of Culinary Development Cory Vitiello, with Iron Chef Rob Feenie and Founder Rob Feenie have plans for more more clubs too, stay tuned for more deets! 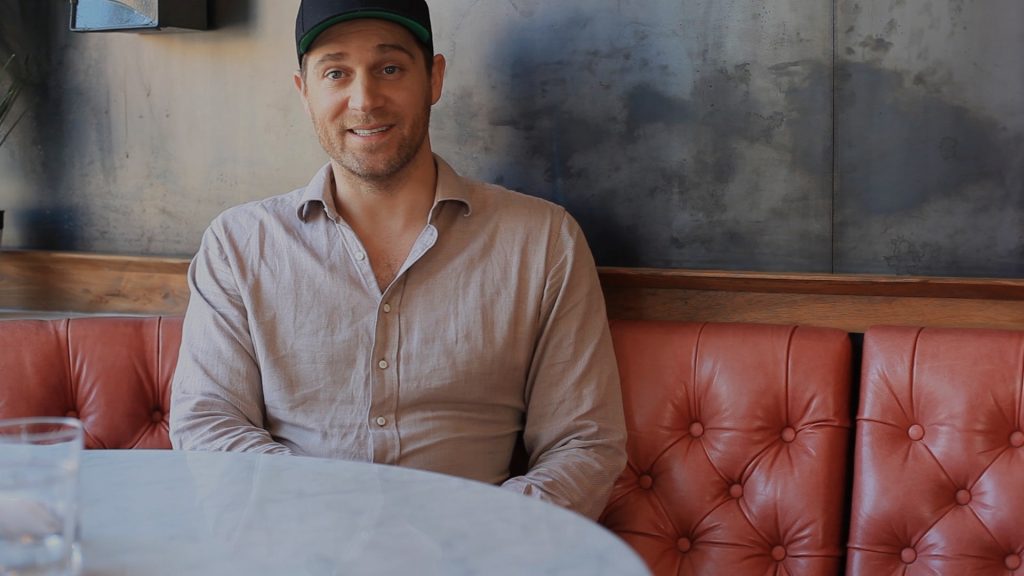 Fall has also been busy for our fave Indian restaurateur Hemant Bhagwani, who’s been securing leases on two properties, Fairview Mall will welcome Good Karma, while nearby Bayview Village will score Goa.
Yonge and Sheppard is exploding with new restaurants. We’re excited to see Rally bring new entertainment options into this part of the city. Part sports bar, part restaurant and part clubhouse, this concept will prove popular with condo-owners looking for an extension on their living space.
Ditto for Storm Crown Manor, who are still ironing out the kinks in the warp speed drive to bring you their west-coast imported hangout, this one, in the village, right on Church where Maison struck out.
Yorkville is toasting the newest perch for perfection, with HMP Yorkville moving in. Ladies who lunch? Pfffttt…we’re females who file, thank you very much. And if it comes with a signature cocktail or three, that’s just fine by us.
eath it all? Cory Vitiello. He’s bringing (sexy) chicken back to Yonge + Sheppard, setting up shop in the bustling Sheppard Centre that’s gearing up to unveil Flock, a Basil Box, my new grocery store and gym, and well, yeah, I’m pretty stoked. Oh, also an IQ Food is coming too. 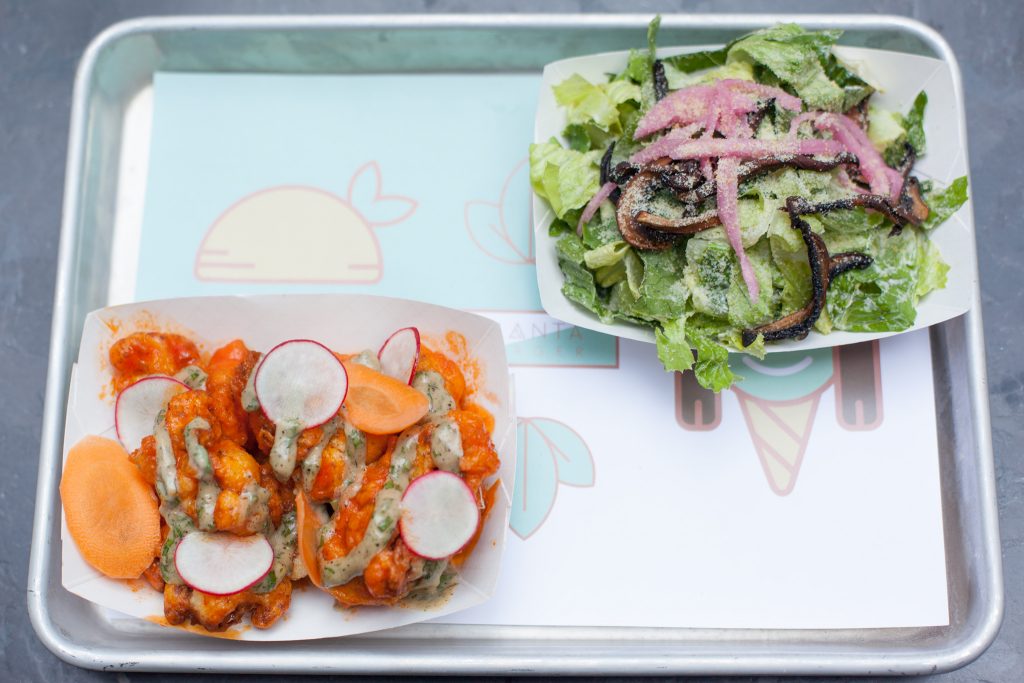 Closing Time
A member of the team behind H2 Kitchen announced the restaurant’s closing, set for early October.
Home of the Brave, the King strip bar that’s been a hotspot since opening a few years ago is taking a breather. There’s word that it will be back as a new concept next year.
And just announced, Nota Bene is slated to become a new member of the Chase Hospitality Group. The Queen West Italian eatery will close it’s doors at the end of the year to make room for a new Planta, which is aiming to be open in time for spring.
Got a hot food tip? Leave it below!

All photos by Libby Roach. Lead photo from H2 Kitchen.