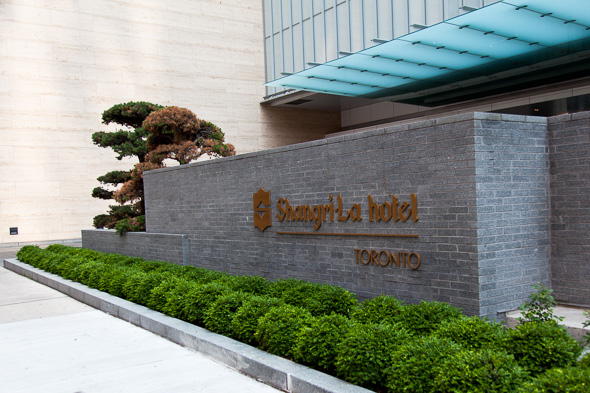 June is brimming with positivity, popping with patios and packed with loads of events that will make you glad you don’t have a cottage. Who said that? This year, the islands are open, the heat is on, Pride month is here and it’s gearing up to be the best summer on memory- vitamin D-elicious!
Events
Negroni week is here, and fans of the venerable cocktail should head to Mercatto to celebrate, on June 6th they’re taking over their Eaton Centre location with a DJ, ping pong tables and more patio fun, and donating $1 from each drink to Covenant House. It’s a win-win.
Lombard Street is getting shut down on June 7th for a good ol’ fashioned (free) street party courtesy your friends at Creemore & BATCH. Come for $5 beers, live music, games and good weather!
Trek up to Downsview Park this weekend, for the Foodalicious Show a generalized food truck-ish event with deep fried regrets and a wine and beer garden to drown those all out.
June 15-17 will see Taco Tuesday extent into the weekend at Taco Fest down at Ontario Place. The licensed event will see tantalizing tacos served up in the revitalized waterfront area, and while the vendor list on the website doesn’t name specifics, it’s a solid bet that Chi Chi’s still won’t be part of it.
And mark your calendars for our bad ass beer baroness and Beer X ambassador Heather, she’s got two beer soaked events on deck this month, the first takes place on June 14, at Little Beasts Brewing Co. in Whitby, a sequel to their mighty fine cheese + beer pairings, but if sweets are more your thing, check out their June 28th event at People’s Pint for a *gasp* bacon and beer tasting! Also not a bad Father’s Day pressie!
June 25th will see the next Open Kitchen takeover, this one helmed by the illustrious Tutti Matti Executive Chef Alida Solomon, supported by fellow Chefs Ivana Raca, Giovanna Alonzi, Tara Lee & Paula Navarrete. Open Kitchen is a charitable and memorable event like no other, read up on why we’re obsessed here.
Cabana Pool Bar may conjure images of P. Diddy all-white parties but on June 26th, their eyes are set on leveling the field for those with disabilities. Dance-Able is a free all-inclusive dance party in it’s second year, by INK Cares with Variety Village.
June Openings
Mark McEwan’s eponymous empire is growing- he’s set to launch a second Fabbrica, this one, set on the PATH for the Bay Street types with upscale pizza appetites. Expect the menu to reflect the original location, only speedier. Look for their opening on June 6th!
The hood at the top of the hill at Yonge and York Mills will be welcoming A La Turk to it’s smattering of restaurant offerings, serving lahmucan, or Turkish pizza to you newbs. Look for the swanky wood flanked restaurant to open later this month. Nearby, the gazillonth Popeye’s Chicken is opening just a pinch north of this Turkish delight, and also on the same block we lost our cutie pie coffee shop 10 Drops Coffee, but it’s already under development again, so let’s hope its reinvented as something independent and not another corporate franchise.
Founder Bar is now open, injecting some spirited cocktails on Dundas Street West, with a food menu that encompasses the globe- offerings from Thailand, Italy, Latin America and the Middle East get the tribute on Kendall Collingridge’s (ex Buca, Spirithouse) food program. Drinks are serious, courtesy Brad Gubbins (ex Thompson Hotel), and offer that wanderlusty vibe, crafted with aromatic herbs and custom made in house syrups.
Madrina is slated to open this month in the Distillery District. Taking over the meh-worthy bar that was Tappo, Studio Munge, the design house behind such thrillers as Constantine is set to redecorate with Spanish flair, backed by the creators of Cluny + El Catrin.
Zebu Steakhouse + Bar is looking at opening very soon in the old Milestone’s spot on John Street. This is a brand new concept from the co-creator of some place in Richmond Hill (cough, Touro) so if you’ve seen one lava bar, you’re about to see a new glitzier one. 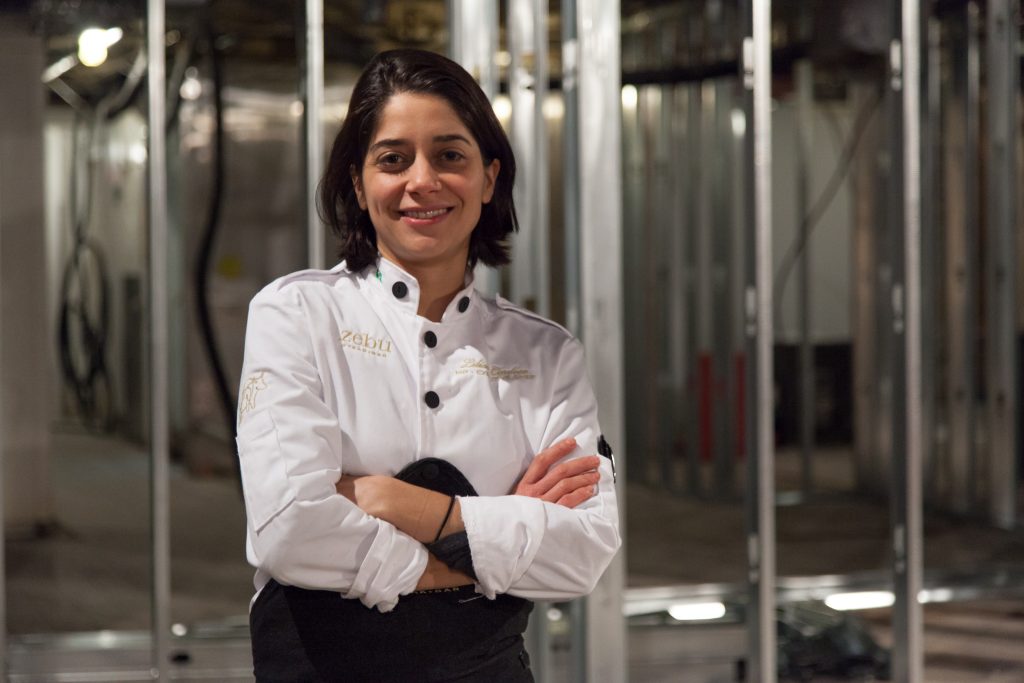 Carlotta Bar is toasting the summer season with their new digs, reinvented up on the rooftop of the Beverly Hotel.
Chef Paula Navarette is getting the nod at Kōjin at Momofuku’s third floor in the Shangri-La Hotel. The big unveil is set for June, promising to showcase Ontario farmers and purveyors, we’re not sure what they’re purveying but we’re stoked anyway!
Educated street food is the mantra at Plancha, a new Spanish inspired eatery on Victoria Street, by Adelaide. 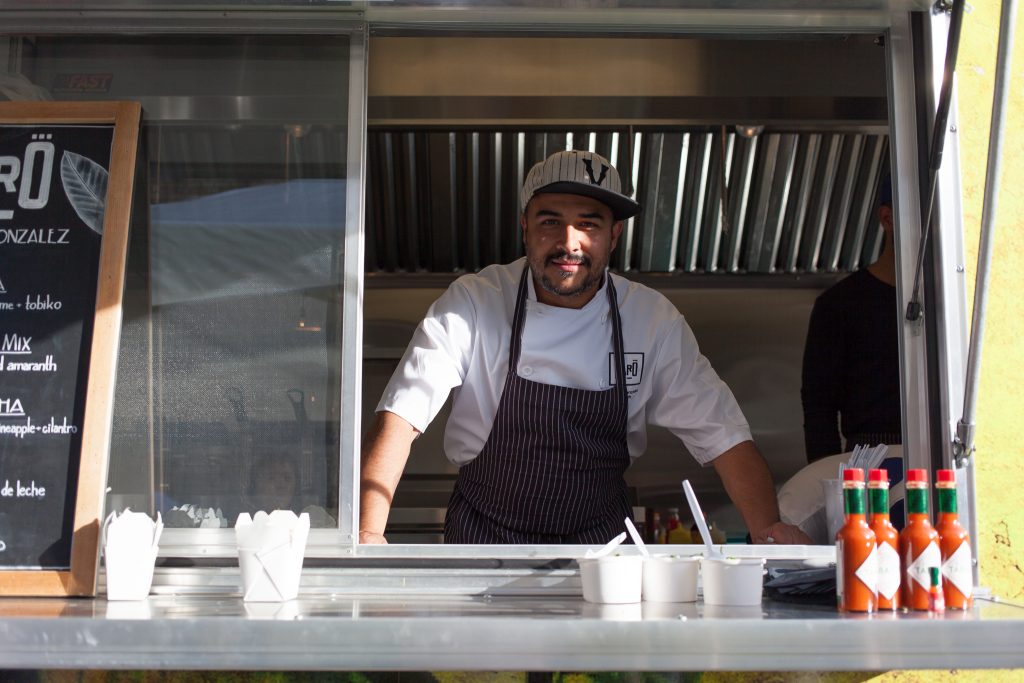 Kicking things into high gear on King West, Steven Gonzalez of Baro is buddying up with nearby neighbour Chef Nate Middelton of Home of the Brave for a new project dubbed Petty Cash.
Coming Soon
Capping off a best in the world list is no small feat, but don’t let that hold team Alo back from branching out, this time with a bar themed venture set to open this August in Yorkville. 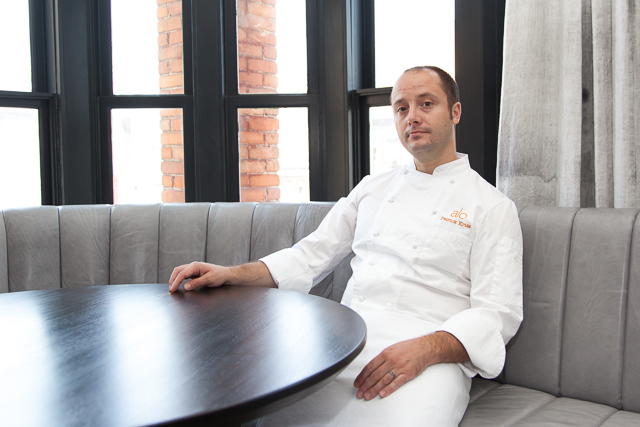 A little graffiti warranted a full on facelift to the old Fox n’ Fiddle on Bloor West (a franchise of my alma mater for bartending) and a rebrand to The Fortunate Fox, a “gastropub” that’s setting up shop in the soon to be pimped out Holiday Inn, as it is being magically transformed into a Kimpton Hotel. Spiffy!
Set on St. Clair East, Arthur’s Restaurant is launching this fall, brought to you by Chase Hospitality Group. Dubbed ‘An American Inspired Grill’, we’re stoked to see more projects by this fan favourite restaurant group, who are set on sustainability and responsibility with every project.
Moxie’s got the boot out of Madison Centre in North York to make room Rally Sports Bar, which is already a thing on O’Connor. The wrecking ball needs to work overtime, so look for this place to open hopefully for fall.
No need to harass your holographic adviser Storm Crow Manor is putting things into high gear, their Church Street monster mansion is inching closer to opening, and we’re excited for this nerd bar to show itself.
Our fave west coast chain Cactus Club Cafe is expanding to the ‘burbs with their new restaurant at Sherway Gardens. They’re busy hiring and putting on the finishing touches, so look for this restaurant to open soon.
And More
We have word that our fave Indian restauranteur Hemant Bhagwani has his eyes set on project at Bayview Village, called Goa, a tribute to the colourful beach area in his home country. Look for this opening in a few months. Ditto for the kitty korner Parcheggio, who are ironing out menu details and putting the final details on their O&B parking lot project. 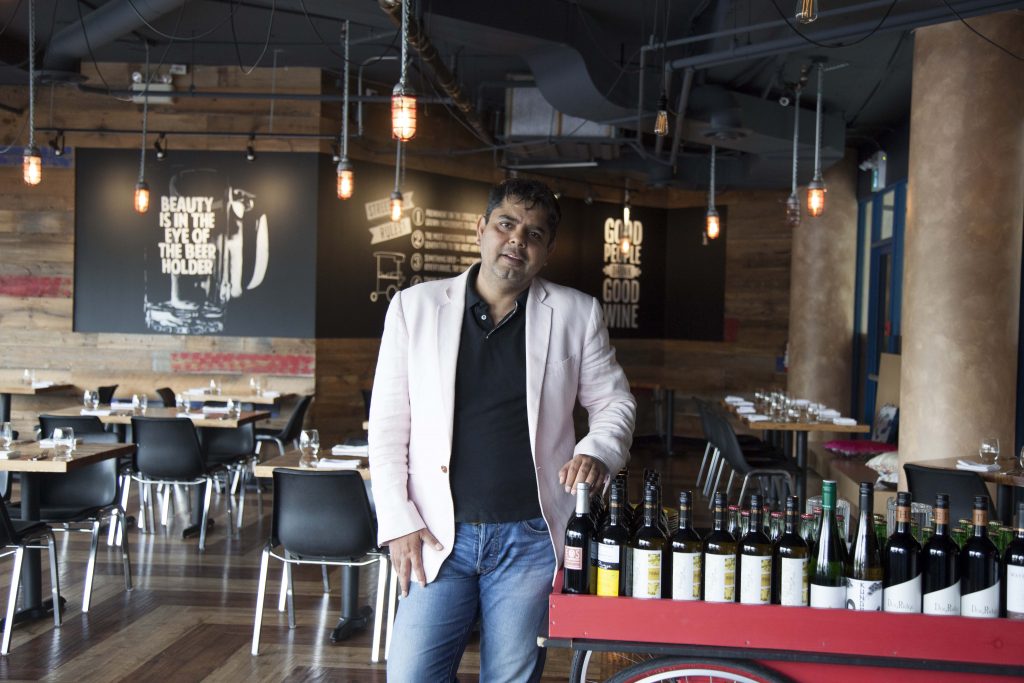 Avling Brewery is looking at opening on Queen Street East by Pape Avenue towards the end of the year.
Nobu is still looking lusty, we’re waiting with bated breath for this hot spot to turn heads when it finally opens.
Eataly is still coming, and Mario Batali isn’t with it, and as Martha says, that’s a good thing!
Closing
Everyone’s favourite bitch has closed her first baby, the Black Hoof. Her Arkells restaurant partnership in MTL also shifted ownership recently, but her Grey Gardens is so very very, so we hope that’s she’s buckling down on more projects like GG.
Carters Landing at Ashbridges Bay has closed over lengthy disputes with the city.
News broke last month that Frings is now just a thing that happens at Harvey’s, when you get onion rings and fries mixed up. Susur Lee’s project with maybe Drake was once a destination, but furry chairs and trendy cocktails do not make for a institution. NOW is reporting June 23rd as their last day.
Tweet
Share
Share
Pin
0 Shares