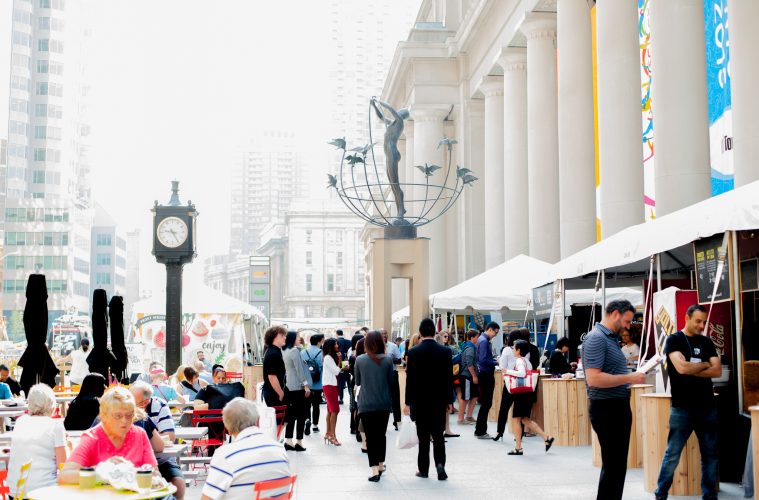 Sandwiched between long weekends, with sunny skies and searing heat, July is a favourite month among any Canadian with a pulse. It’s the month we wait all year long for, 31 days to tempt you into skipping work, staying out late and exploring our city (and country). Grab your best mates, July has heaps of events and outings that will clog your Instagram and leave hashtag imprints in your hearts. I think they used to be called memories, but we’re all 2.0 now.

Events
After a mini vacation in 2017, Union Summer Market is back at Union Station, with a who-who’s vendor list that brings the best of the city right to downtown’s doorstep. Open now until August 19th, look for our special feature on our top picks from the food purveyors next week!
Chudleigh’s Farm in Milton is hosting a hoe-down like no other. Showcasing farm-life, and their new Hard Cider, the historic apple orchard is rounding up the best of farm fun with wagon rides, live music, fresh local food and drinks at the aptly named silo bar. This event goes all summer long every Friday and Saturday night and is perfect to bring the kids along- and maybe a promo code for that Uber ride home. Chudleigh’s site has all the details. Look for a special feature on this event- stay tuned!
If you’ve been waving flags and getting caught up in FIFA World Cup hysteria it’s about to climax with the final match of two TBD teams on July 15th. Go out with a bang and check out Cabana Pool Bar, they’re hosting a mega pool party complete with 40ft viewing screen to catch the match. Prizes and DJ’s should distract you from all the dives and rolling around on the ground.
Our beloved Queen West Canis is hosting a truly memorable event, conspiring with Christoffer Brink of FRANK from Copenhagen on July 17th for a tasting menu collab that will bring two great culinary minds together. Tickets are a going for $120, find out more here. 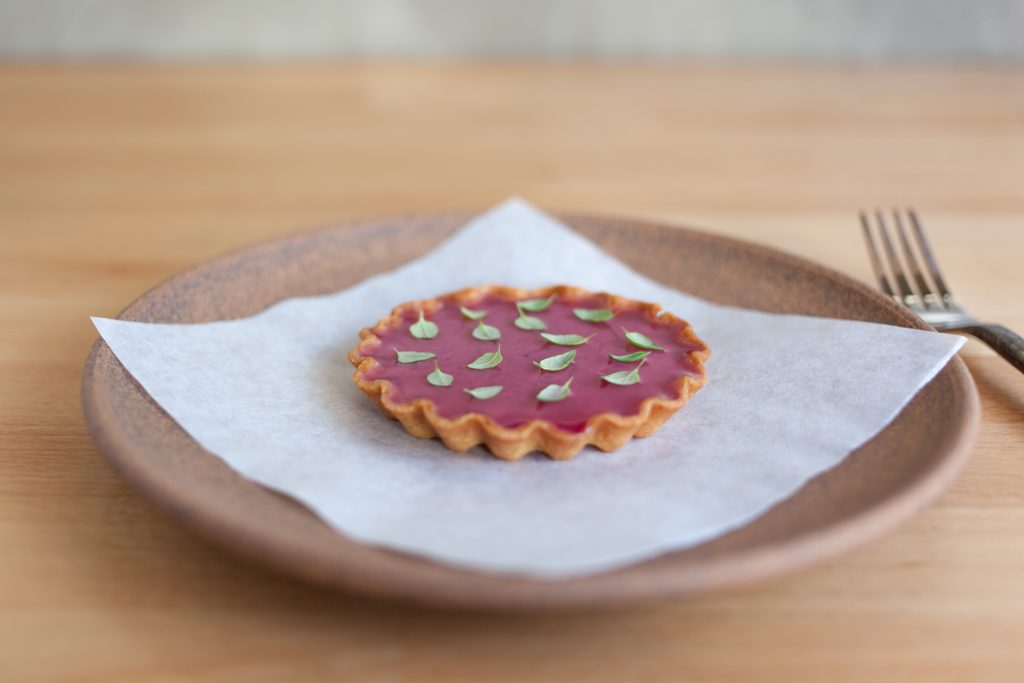 July 22nd will see Caesar Fest taking over the Fifth Social Club, a fan favourite event featuring Canada’s quirkiest cocktails. Expect lots of flair and inspired garnishes at this Mott’s sponsored event.
Beerfest this year will tap artists like Broken Social Scene and Finger Eleven, but we all know the main draw, our fave rapper turned actor (sorry Drizzy), the OG, Ludacris. Even if you’re not into beer, this four day long event is one of Toronto’s best festivals, with tons of food, music and things other than just beer to drink, right Robyn?

July Openings
Liberty Entertainment Group has reimagined the historic Rosewater Supper Club into something positively posh with the recent opening of Don Alfonso 1890. This new restaurant has been years in the making, with Liberty Entertainment Group headhunting the duo to give Toronto a destination worthy of some international glory. Chef Alfonso Iaccarino and his son Chef Ernesto Iaccarino, both who are Michelin rated Star Chefs are bringing their eight course tasting menu to new heights, with a modern and sophisticated two story dining room acting as a perfect backdrop. 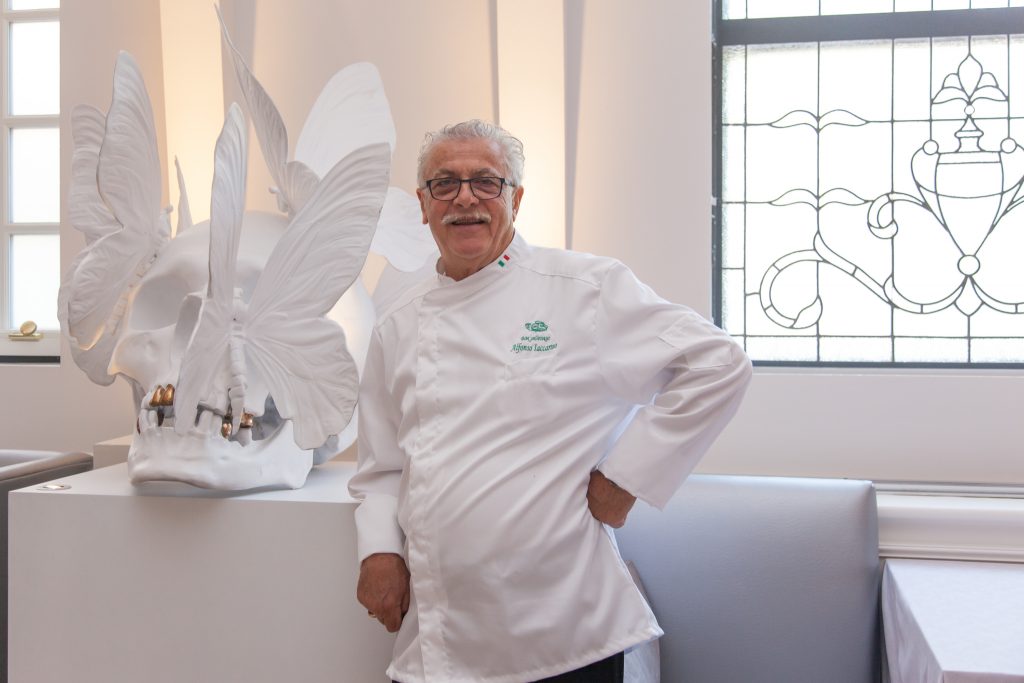 The Fortunate Fox has open on Bloor Street West, revamping the old Fox & Fiddle into something fancier, but really, still a pub, with a more modern setting and menu to match. Fortunate indeed.
Omni Palace, the franchise with a cult following in China is setting up shop here in Toronto, with their first location opening on July 28th in North York.
Coming Soon
Madison Centre in North York has given Moxies the boot in favour of Rally Sports Bar, a sports themed bar with a legit Southern BBQ themed menu. The renovation is extensive, but they’re pegging this project to be complete this summer.
A little further south you’ll see the boards still up on Church Street’s Storm Crow Manor, although the boards now have logo’d signs up so we’re hoping they hit the warp speed button on this geek chic clubhouse.
With a killer patio plan and distinct airy terrace feel, Zebu Steakhouse + Bar is ironing out the final details on this expansive project, a first of many planned.
Alo Bar Yorkville is guaranteed to be Yorkville’s newest hotspot, and while partner Amanda Bradley isn’t part of this new project, the cocktail heavy menu is bringing imbibing to the forefront, so we’re confident Patrick and his crew have got all their bases covered.
Aiming for a fall opening, Arthur’s Restaurant is opening on St. Clair, the newest project by the venerable Chase Hospitality Group. The bar and restaurant project will also boast a rooftop terrace, setting this midtown project apart from it’s neighbouring bars and grills.
Cactus Club Cafe is set to unveil their biggest restaurant yet, in suburban Sherway Gardens. The grande space is looking at opening later this year.
Bayview Village is about to get beachy, with a new project by Hemant Bhagwani called Goa, a tribute to the touristy beach area in his native India. The sushi spot is getting the hammer treatment to make room for this new space.
Nearby in the adjacent parking lot, O&B is opening Parcheggio, an Italian restaurant cheekily named after it’s concrete surroundings. The place is a double-threat, with Anthony Walsh’s Beauty BBQ setting up shop in the vast two story property.
Paradise Theatre in Bloorcourt is aiming for a November opening for their new concept, housed in a Art Deco heritage building on Bloor. Osteria Rialto is the full service restaurant attached to this space.
Closed 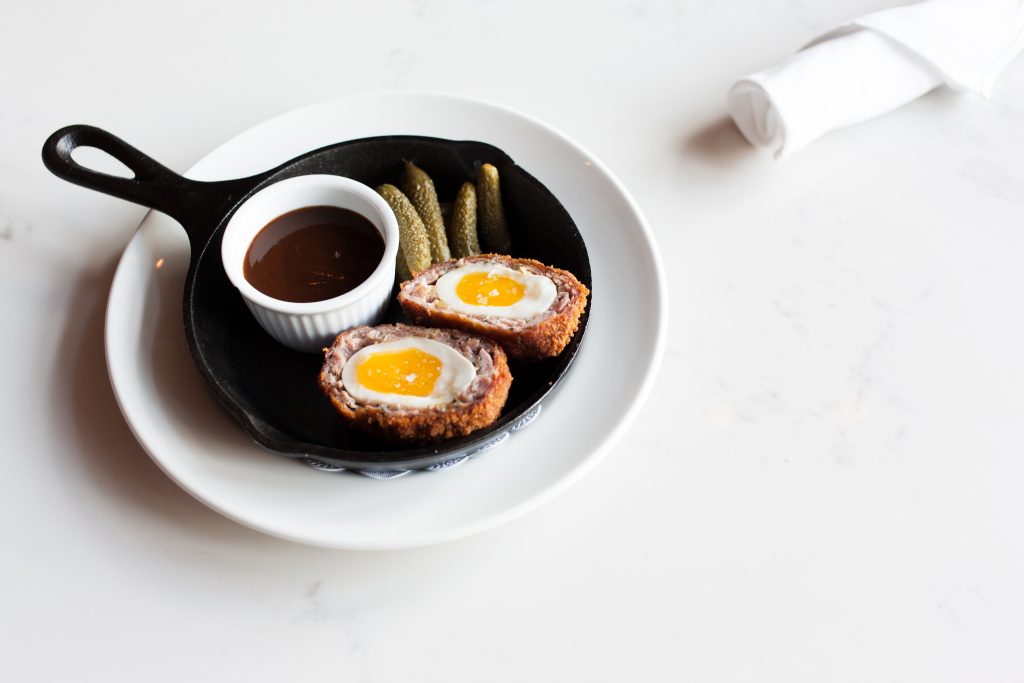 The Anne Boleyn would have been a great place to watch your P’s & Q’s while England courts the World Cup, but sadly the The Social Group backed pub has folded, nary a year into operations.

Church Aperitivo Bar is taking a break and a rebrand, the space is getting regigged and will reopen later this year.

There’s been a shift change at Drake’s Pick 6ix restaurant, according to sources Executive Chef Antonio Park is out, funneling further rumours that the restaurant isn’t performing as well as the rapper/dad had hoped. I guess a fatal shooting can sully even the most gilded in gold.

All Photos by Libby Roach