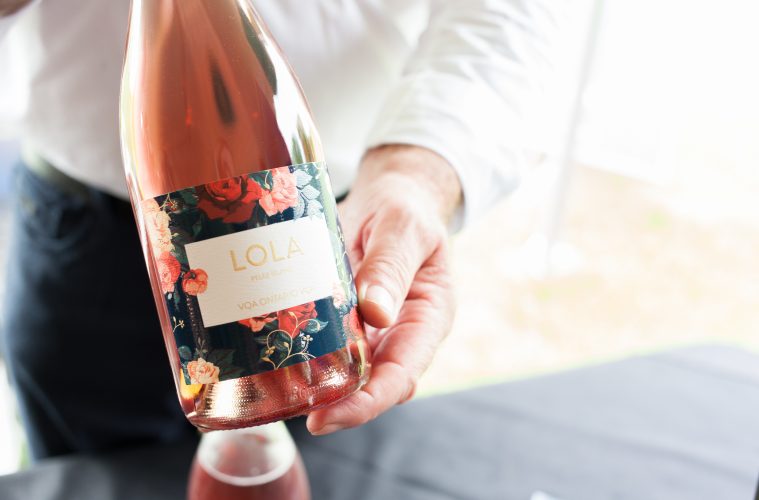 July is 31 days of sun and fun, anchored by two glorious long weekends, there’s no excuses not to set out to explore our fine city, linger a little longer, and hit up some parties and patios before that sunburn kicks in. While a migration to cottage country will comprise the makeup of summer for many, there’s way too much fun happening in the city to stay out of the 6. From weekend long beer-soaked events to the beast of burden prix-fix meal deals, here’s your monthly guide to good times.
July 7th is Pay-What-You-Can Day at Yunshang Rice Noodle with 100% of the proceeds going to build a better tomorrow for a very worthy cause, all monies raised at all their locations that day will go towards building a new SickKids. Win-win-win! 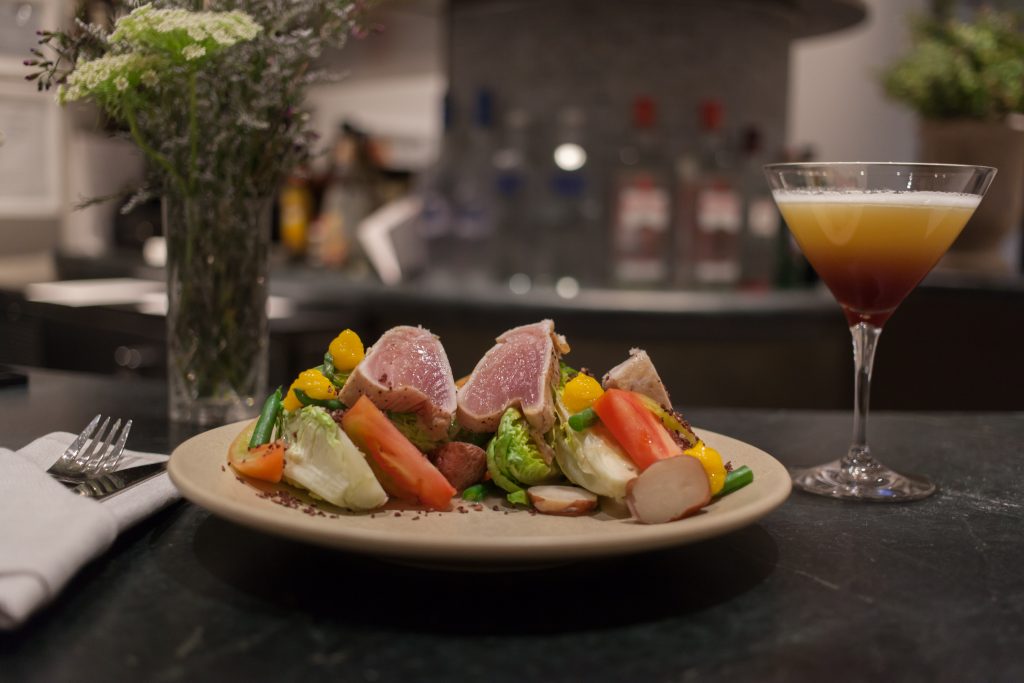 Everyone loves a good deal, and adding a ‘licious to anything adds a layer of luxury to the value combo-ness of Summerlicious. Colette Grand Cafe hits the spot for those looking for a reprieve from the mall-ness that is Yorkdale, and uptown folks will soak up some culture with pretty plates at Diwan. In the downtown core? Our fave pizza place King Taps is also prix-fixin’ their delectable menu. Summerlicious runs from July 5th-21st. 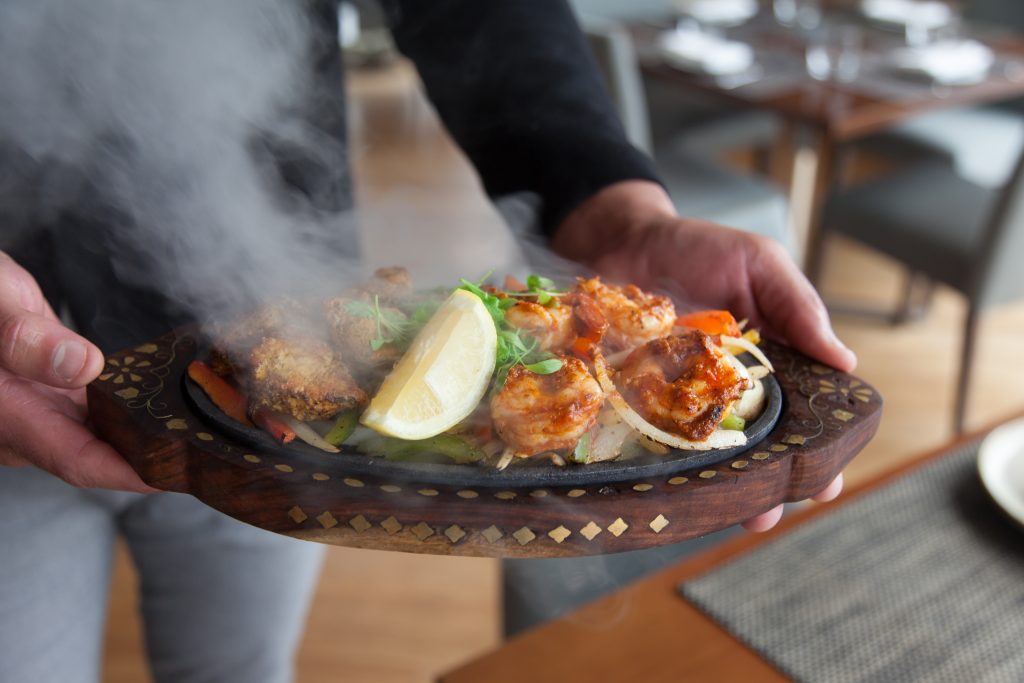 Sticking to the ‘licious verbiage, Kinkalicious is stealing some Summerlicious thunder with their dinner menu, also on offer from July 5th-21st. With a few locations dotted around the city, Kinka Izakaya deserves a nod for their crafty sake cocktails and authentic Japanese eats, and experience. Irasshaimase! 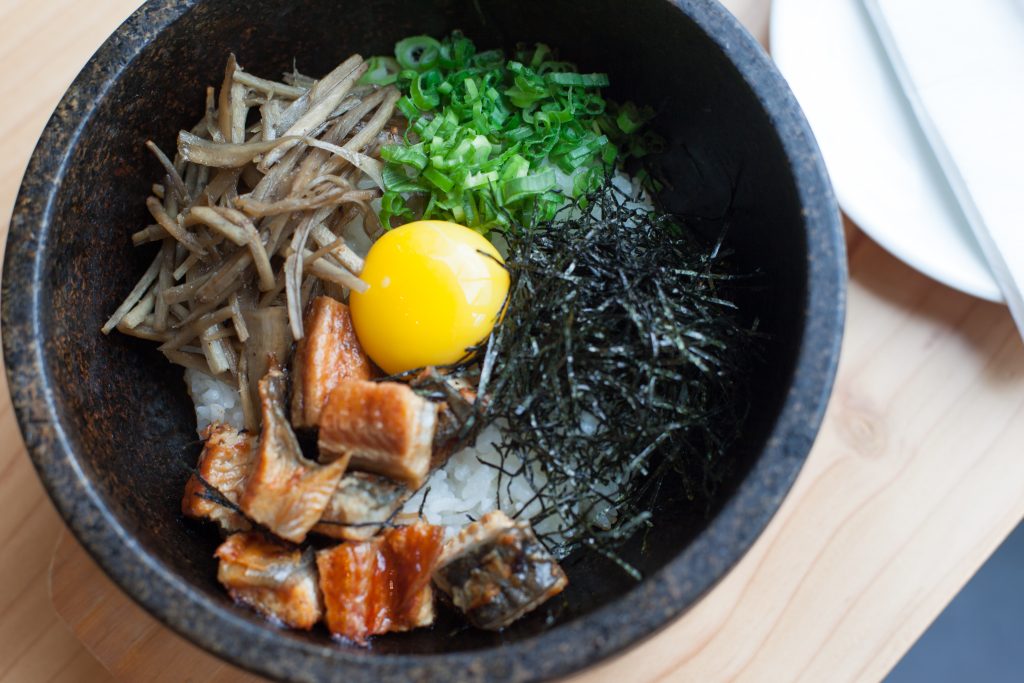 Arguably the biggest beer soaked frat party scene of them all, The Toronto Festival of Beer kicks off July 26th at the CNE grounds, with loads of yes, duh, beer, but food trucks, live music, and all the glorious free beer related swag you can handle. FOMO to the max if you miss this.
Thinking pink? Drinking pink. The Rosé Picnic is setting the stage for a soiree on Saturday, July 27th, celebrating the flirty, feminine and fancier finds in life. You will get pink on this ride. Tickets are on sale now for this Mark McEwan approved event.
Union Summer Market is back and better than ever, with new restaurants and tons of programming to court you out of your cubicle. The open air market features some of Toronto’s finest chefs in pop-up mode, with live music and movies adding to that camp feel. Restaurants like El Catrin, Union Chicken and The Carbon Bar (just to name drop a few) have set up shop to offer a little something different for commuters and Jays fans on their way to the big game. 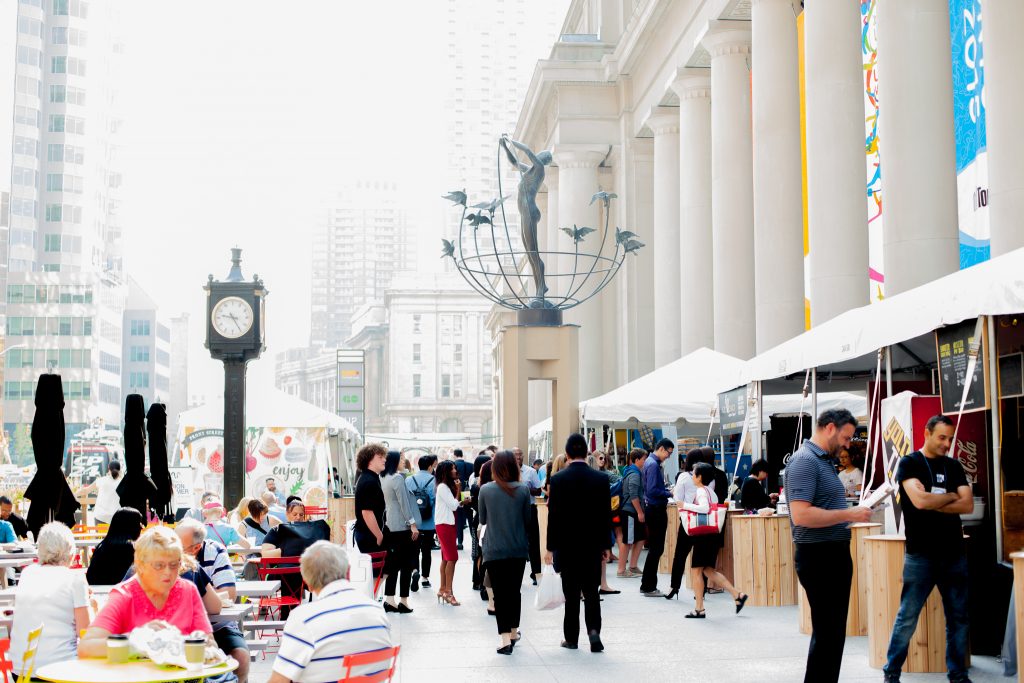 Now Open
Sugar Kane is bringing the heat, adding a spicy note to all that souvlaki-ness that is known formally as Greek Town. Fusing Caribbean and Cajun cuisine, Sugar Kane has just opened to the Danforth and Pape ‘hood.
The emporium of everything Miss Pippa’s in now open in Brockton Village. The flower shop is filled with candy, cheese, wine and cocktails, with jewelry, soap and more on hand for last minute hostess gifts, or pick up a little something to treat yo’ self.
OVO Heather Lang approves of the new Avling Brewery, a new destination in Leslieville for beers and bites. Chef Suzanne Barr is helming the kitchen, so you can expect big things from this brew hall.
Bumping up next to Buca Portland, Shook Kitchen offers a fully vegetarian experience, with Israeli influences.
The long awaited CHOTTO MATTE is now open. The massive 10,000 sq ft space is looking to put Toronto on the map, with luxury Bento Boxes, super stylish sushi and so much more, all crafted by Executive Chef Jordan Sclare, who worked under Gordon Ramsey and all his Michelin-ness in the UK. Nikkei cuisine is the focus, and they’re dubbing it ‘an evolution of Japanese-Peruvian fare, Read our exclusive interview with Kurt Zdesar here. 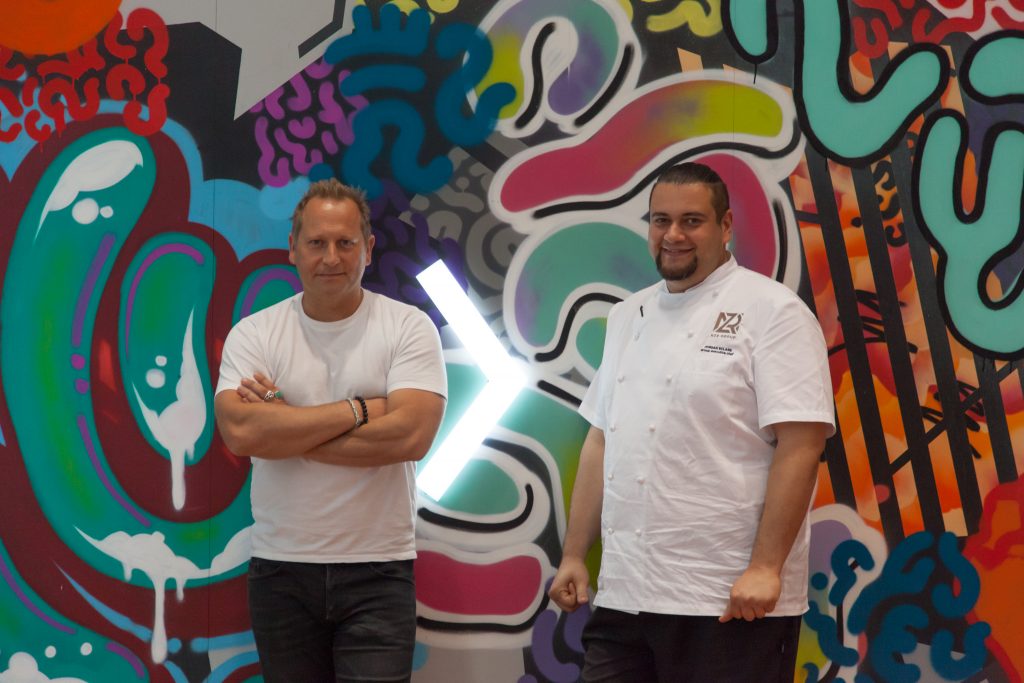 Worlds have collided now that CLOCKWORK Lounge at Fairmont Royal York has opened. The elegant lounge boasts more champagne poppin’ opportunities than a Kardashian baby shower, injecting a much needed touch of class to the Union Station area.
Flock at Yonge and Sheppard has just opened, much to the delight of literally everyone in the ‘hood. Do we need anymore bubble tea or Korean BBQ places? Yes, but we’re also beyond excited to have Cory’s famous chicken and beautiful salads available for grab and go meals. He’s also stretching his beak a further, with a seventh location just listed, coming to Yonge and Eglinton.
July Openings
Holy Perogy is launching on The Queensway on July 20th. The globally inspired perogy parcels will feature ingredients from around the world, like goat cheese and honey chipotle. This is the first of many planned Holy Perogy locations, so scope out this one and be on trend.
Hemant Bhagwani is ushering in a new era at Yorkdale’s food court dubbed Good Karma. Hemant’s new spot is set to launch at the end of the month. Good Karma practices clean eating with gluten free and vegan finds, but still classic Hemant, think big flavour profiles and robust proteins. His Queen East outpost and Fairview Mall locations are in full swing, and he’s got another project unveiling at Bayview Village later this summer.
Tongues are wagging with the announcement of Faim de Loup opening at College and Dovercourt later this month. The fine dining restaurant will feature tasting-menus, yes!
Luckee is long gone, but Moretti is set to steal your hearts with their pizzas and pastas, set in the SoHo Met Hotel.

Leslieville darling Ascari’s is set to open their second restaurant, this time on King West, with a 120-seat concept set to steal hearts and sway King Street eaters away from the Kit Kat, I mean, obviously.

Coming Soon
Queue De Cheval is setting up shop in theatre district, look for this beast to open in the coming months right in the base of a glitzy condo building. The Quebecois steakhouse will put STK and The Keg on high alert, but Jacob’s could care less, since, well, it’s Jacob’s.
Xango from Claudio Aprile was *just* announced with a huge teaser of the Chef wielding a paint brush, instead of a knife. His new project sees him team up with Liberty Entertainment Group, so expect HUGE things from this new concept. 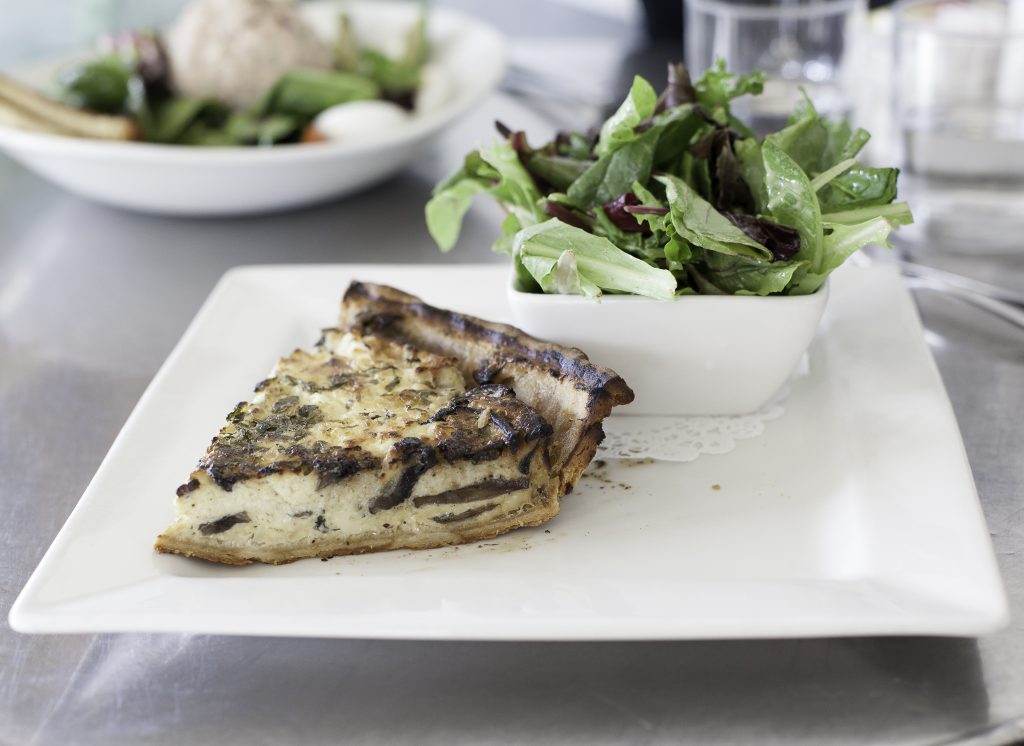 The Yonge Street institution Coquine has quiety closed. Known for French fare and a decent wine list, the windows are boarded up, no word on what went wrong.
Rosie’s Eatery on Avenue Road, the gluten-free and vegan friendly bakery, has closed. 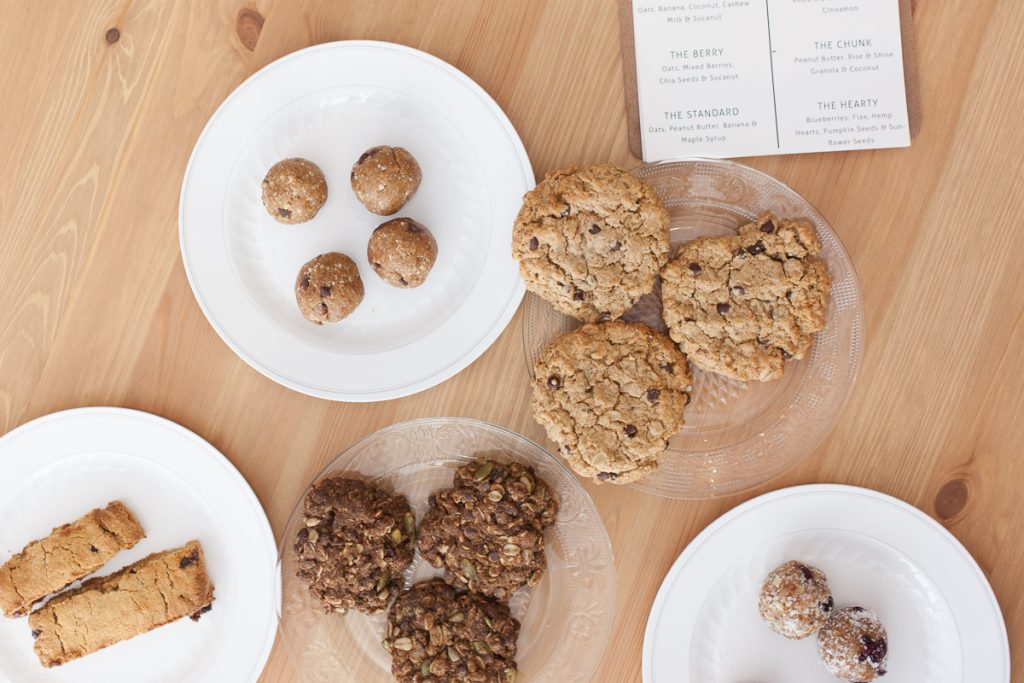 Longtime tenant Wildfire Grill at Yonge and York Mills closing after a solid 22 years. July 21st is their last day of service.