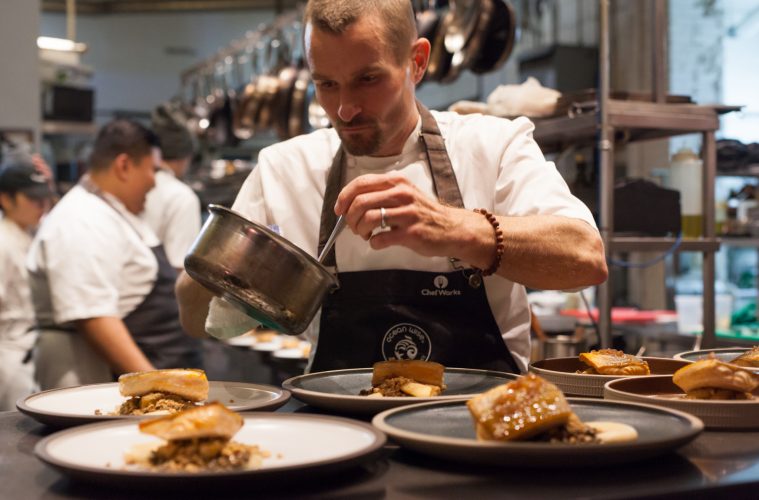 Ahhh, February. The shortest month of the year, and regrettably, usually the coldest too. Fear not, my freezing fickle friends. February has 28 days to tease you out of your climate controlled electric blanket, and with cultural events marking Black History Month and the Lunar New Year, it’s prime time to expand your repertoire and routine, polar vortex be damned!

Distillery District’s Toronto Lightfest continues throughout this month. Nifty art installs zap away the winter blues, and since it’s free to get in, it’s no-brainer budget-friendly fun. Cause that’s a thing, right?
My friend Laura is still slammed, which means Winterlicious is still a thing. PRO TIP– While loads of the reservations have already been snapped up, it never hurts to call the restaurant day-of to see if there’s any cancellations.
The Lady Beer Fest Winter Warm Up & 5th Anniversary Party is going down faster than your snowpants with a full bladder, on Feb 9th at Henderson Brewing, in heated tents in the parking lot. Come and toast the Society of Beer Drinking Ladies is for their 5th birthday, with two timeslots: 2pm – 6pm or 7pm-11pm.
This February 12th, COC is turning up the heat, for their very first Find Your Valentine party! The dimly lit space is super romantic, and did we mention the champagne cellar? If that’s not a match made in heaven I don’t know what is…
And on the big day, Novel Evenings invites you to Lavelle for an inspired evening that’s sure to spark more than just a conversation. Dubbed Go L*ve Yourself, the night will revolve around the Valentine’s theme, channeling some artistic vibes that will echo throughout the sexy and sophisticated space. 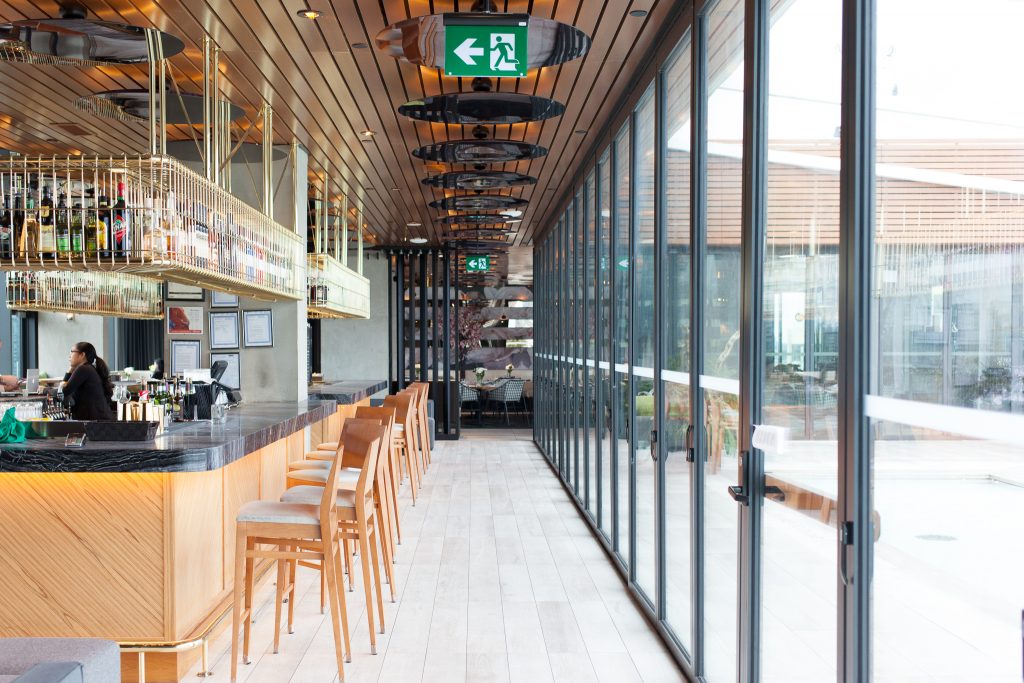 Didn’t make a love connection or looking to hit the town with your main squeeze? Frolicking at the FNL ROM: LOVE on the 15th is always a guaranteed good time out. The theme is love, so turn your brain on, and maybe your dance partner too. Rwar. 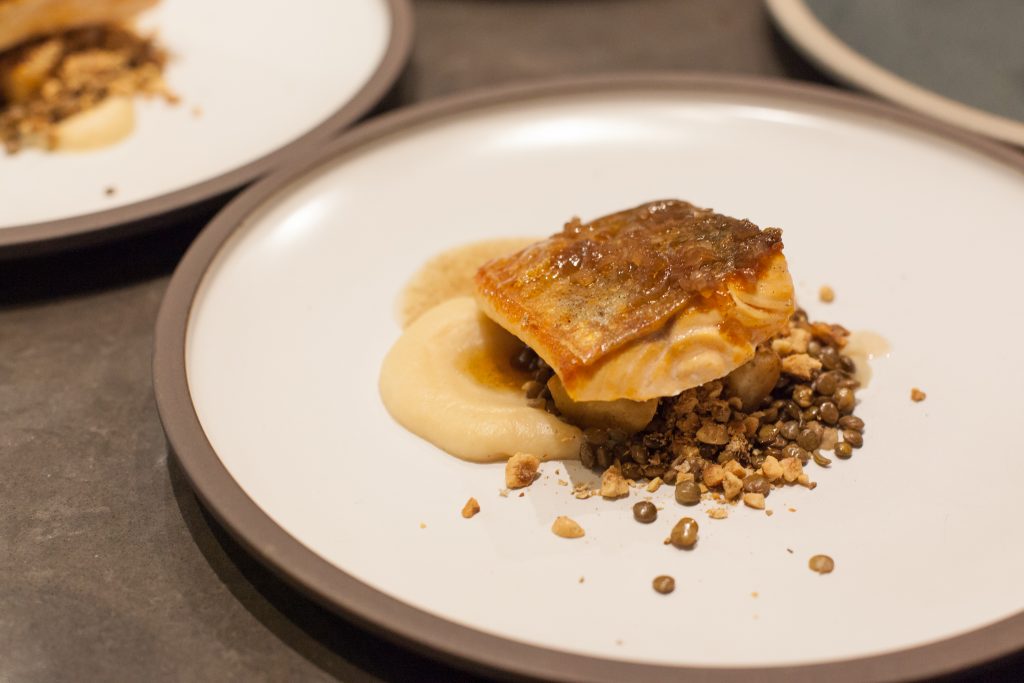 February 27th brings the cream of the crop to the Fermenting Cellar at the Distillery District for another amazing Ocean Wise Chowder Chowdown. Chefs from the best restaurants Toronto has on deck will compete for the who’s chow-dah is the clammiest. 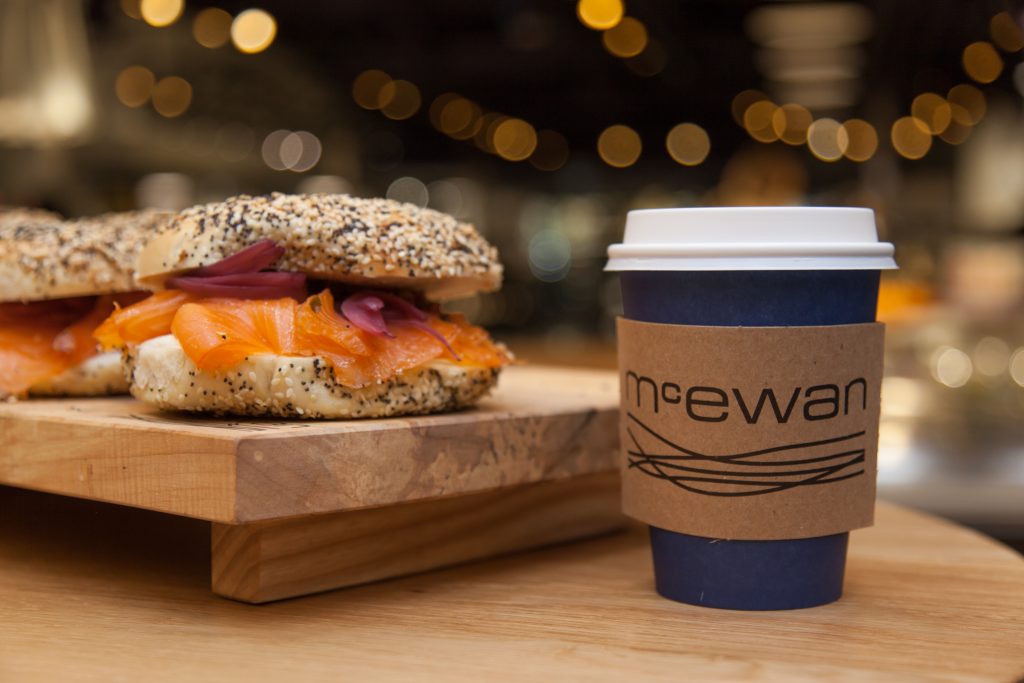 Now Open
McEwan Foods is now open at Yonge and Bloor, and it’s downright chic. I mean, it’s a food-hall meets grocery concept, delivering (literally, they can do that too) on Chef Mark McEwan’s empire of groceries, with a side injection of products from his slew of eateries, and complementary best of Toronto picks- like Le Dolci cakes and Blackbird Bread Co. 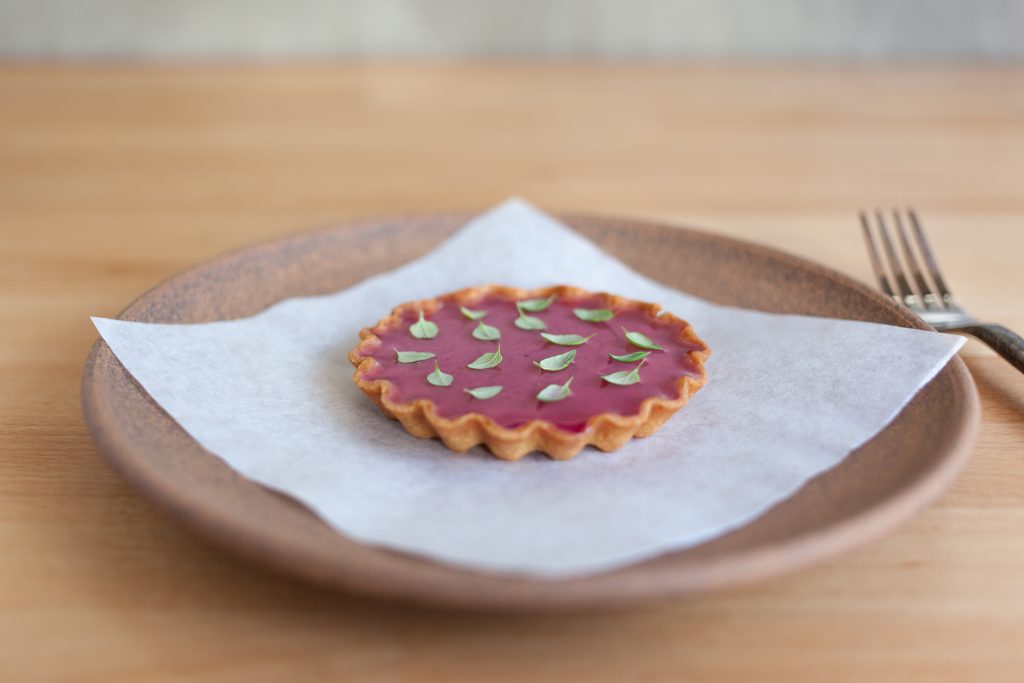 Its always wonderful to hear of one of your fave Toronto restaurants having a sibling, so we’re delighted to hear that Après Wine Bar is now open on Queen West, a little jaunt from its big sis, Canis. Same team is attached, a sign that steady growth and good teamwork brings rewards, to us, that is- I’m excited at this nosh and nibble joint- slightly more casual than it’s big sister, making it all the more tempting to just tuck in for a quick visit.
A tribute to Chase Hospitality Group’s President Steven Salm’s late father sees Arthur’s Restaurant open on St. Clair. The grand space boasts two unique dining opportunities, a gleaming octagonal Crystal Dining Room (I’m having Y&R throwbacks to The Colonnade Room) and a bar & lounge space, and a rooftop terrace giving uptown an answer to The Broadview Hotel’s dynamic views.
The Beaches, or the beach, whatever you wanna call it, is now home to Grasshopper Salon. The restaurant, open for weekend brunch, lunch and dinner is helmed by Executive Chef Haruna Makino, who’s amping up the green goodness with a vegan plant based menu, with Japanese influences,and super fluffy pancakes.
February Openings
The next big foodie free-for-all will see bloggers of all platforms congregate at ZIBA Berlin Doner, on the east end of Queen. Trendy German eats are going to be a thing, and who doesn’t love a good ol’ sausage fest. Parkdale, probably.
INK Entertainment is launching the newest Toronto hot spot, smack in the middle of clubland, Toybox Nightclub. The polar vortex prevented the grand opening party last week (sniff) but look for this IT spot to chase away your February blues.

817 Sports Bar & Grill is ready to rock on Queen St West. The new bar takes over from the Dog’s Bollocks, an aging watering hole that mostly needed to be put to sleep. 817 says it’ll be modern, elevated and open til 2am every damn day.
Coming Soon
Maison Selby is nearing completion on their heritage project- turned restaurant in the Bloor and Sherbourne pocket. We can’t wait for this O&B new day-to-night eatery to open!
An Asian themed Planta is taking over the old Queen Street Nota Bene spot, with the same Chef, David Lee attached to the project. Vegan dumplings, heck yes!
Aurora is snagging the second Adamson BBQ, my northern friends tell me the new shop will be right on Yonge Street.
Bodega Henriette is opening a new location downtown on King + Sherbourne in mid-March. The homey cafe, restaurant, bar and depanneur is a fave haunt of locals, so this second satellite spot in the thick of things should fit well with all the office and condo dwellers.
Seems like the renovation has been going on as long as the adjacent redo of Union Station, but by all reports the stunning CHOTTO MATTE will be worth the wait. The massive 10,000 sq ft space is looking to put Toronto on the map, with luxury Bento Boxes, super stylish sushi and so much more, all crafted by Executive Chef Jordan Sclare, who worked under Gordon Ramsey and all his Michelin-ness in the UK. Nikkei cuisine is the focus, and they’re dubbing it ‘an evolution of Japanese-Peruvian fare, where each dish and pairing will play on a multitude of colours and flavours that merge into one of the world’s most intriguing cuisines.’ We wait with bated breath for the May opening. 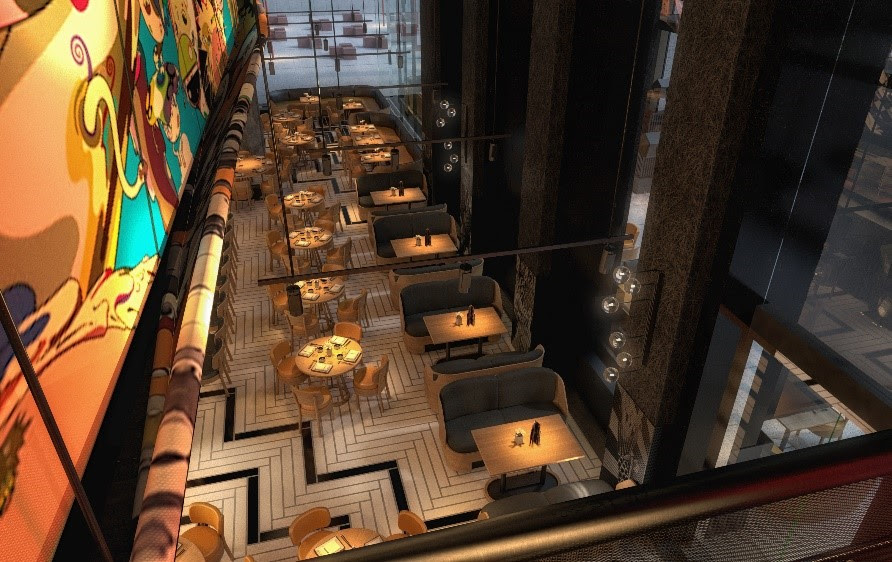 Closing
Straight from their Instagram came the announcement of the implosion….“We ended our roles as chefs/operators of Quetzal because we think the terms of our agreement were never met. We felt overworked, underpaid, undervalued and disrespected,” wrote Julio Guajardo and his wife, Kate Chomyshyn, referring to Grant van Gameren. Ouchie. He say’s he’s going to soldier on, and re-jig the space, but after blowing the budget on the build, it’ll be hard to overcome…

Bar Begonia will be overhauled into Fet Zun, coming soon to Dupont, aka Anthony Rose Avenue.
LB’s, the by the pound eatery who flaunted their imperial-ness, has closed. Turns out fries by the pound isn’t for everyone.
Barque, the Roncy BBQ joint with a sibling sister in the ‘burbs is selling off their Burlington location.
Got a food tip? Want a shout out for your new spot? Drop me a note- Libby@auburnlane.com