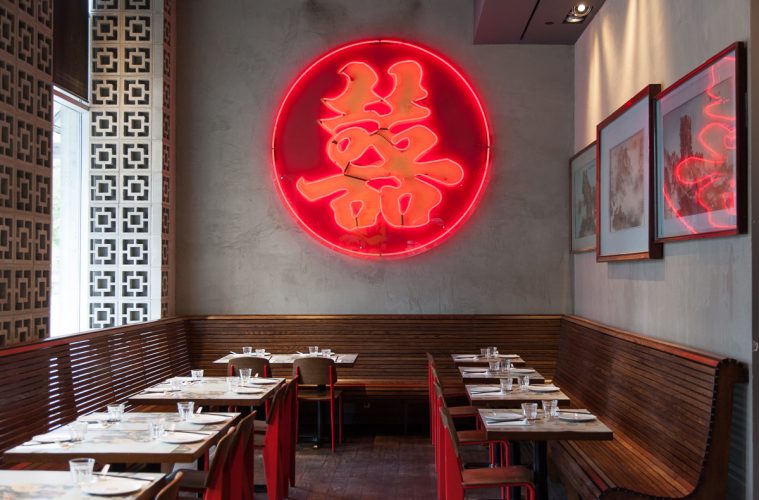 Toronto is a winter wonderland this December, with Christmas Markets popping up to kick off the month, and all the bottles poppin’ at the end for the closeout of 2018. Get ready to massage your liver, it’s a soaker of a month for revelry of many festive forms. Personally, I’m celebrating the three year standstill that was my local LCBO, which is finally now opening, on December 6th. Huzzah! A win for Willowdale! But if you’re in the market for greener pastures, our friends over at Preserve Indulgence are hosting Garden Of Eden, a curated cannabis tasting menu on December 9th. With 7 courses for $150 (and optional four course add on for an extra $45), this inspired menu is your ticket to try edibles in an all new light. A live burlesque performance by Madame Aurora Knight promises to leave a mark.
Rustic Italian is a trend that will never go out of style, and on December 5th, Noce doubles down on this trend with a five course truffle dinner and fancy passed hor d’oeuvres. Tickets for this one-night-only event are sure to sell out, so grab them while you can!
CC Lounge on Front street is hosting a clothing drive. Donate your gently used layers and jackets and you’re automatically entered to win a treasure trove of prizes. And while you’re there, try out Chef Eric Zafra’s new menu and toast to your charitable side. Everyone wins!
For winter lovers like me, the 27th annual Kensington Market Winter Solstice, on duh, December 21st. Kick off the event with a parade, and support local artisans and snag some hand-made finds for your last minute tree- trimming.
Leaside BBQ fans (go Wildcats!) will be delighted to hear that Adamson BBQ is planning on opening nights, staffing up for the new shift and gearing up to make memorable mealtimes that extend past the lunch hour. Woohoo!
Coffee Oysters Champagne, or COC for short is now open, and stealing hearts of many in the downtown core. Whether it’s a morning coffee, a tipple at midday or oysters for cinq a sept, consider COC your new clubhouse.
December
The 31st floor of this downtown hotel is a great place to kick off the month. St. Regis has just re-branded and what better way to toast the transformation than with the brownest of the brown liquors at Louix Louis, a soaring bar that stocks the finest scotches, bourbons and other tempting brown bevvies. If you’re a guest or resident of the newly minted hotel then the soft open is all yours, while December 6th will be the grand opening of Louix Louis, the first floor lounge dubbed Astor Lounge opens on December 10th. 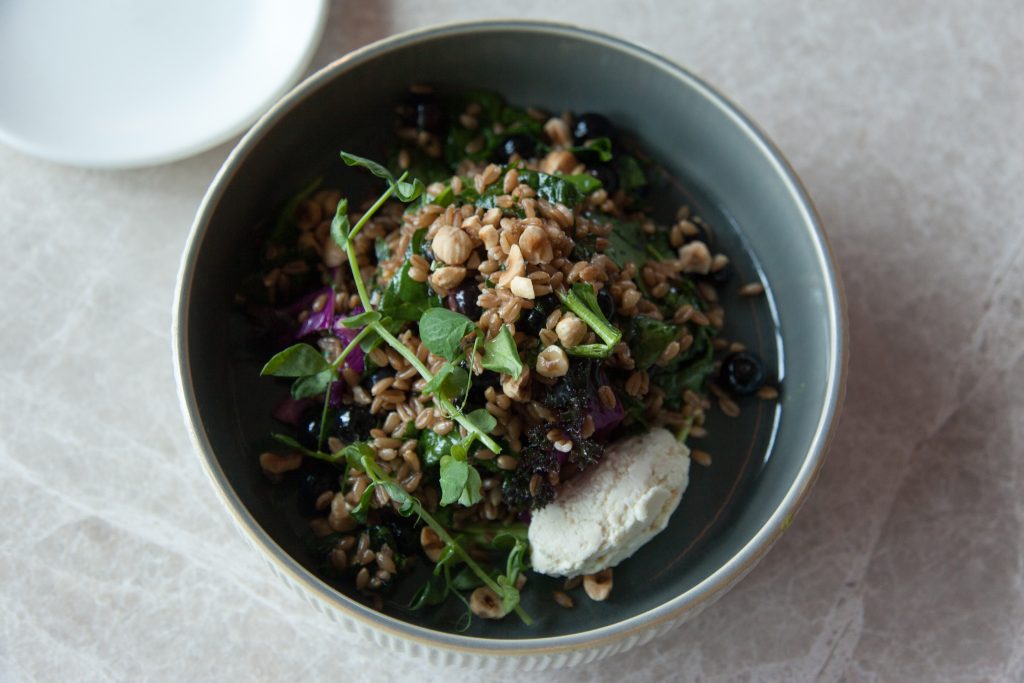 Thoughtful and tasty plant based eatery Away Kitchen has just opened on Queen West. Known for their elevated vegan eats, with top notch sharing plates, nourishing soups and crispy pizzas, Away Kitchen offers a better way to eat sustainably.

Executive Chef Avril Romain and Chef de Cuisine Sylvain Assié are bringing the heat on the west end, on Lakeshore, debuting Neruda. Combining Latin, Middle Eastern and Mediterranean influences, Neruda is boasting ‘the largest open fire grill, in the world‘. The pedigree of these two esteemed chefs has us at hello! Look for their big opening after December 5th.
Virtuous Pie is a BC import that has recently unveiled their first Toronto location on College Street. Offering plant based pizzas and ice creams, this seems super niche but can’t argue with what vegans want!
Grand Bizarre Supper Club, an outrageous 41,000 sq ft ‘social supper club’ is set to turn heads, with the big unveil happening early December. Brought to you by The Food Dudes, this sprawling space takes over a massive building over at the CNE grounds; we’re stoked to see a supper club of such massive proportions go in, and pretty damn curious how this space is going to look. Stay tuned for more!
Union Station’s grand food court marketplace is now open, with a dazzling 100 vendors to tempt you into never going outside. Union prides itself on not only being the marquee meeting place in Toronto, but also offering top notch eats to make your ride nourishing and convenient. Pilot Coffee, Greenhouse Juice, Union Chicken and Uncle Tetsu are all part of the experience, but don’t fret, if you’re into a little McDouble before the game, they’re still there too.
Frings has now been reborn as MARBL. The two floor space is home to a Madmoiselle, a champagne (not papi) lounge, home to an extensive collection of bubbles from around the world. Check out the space on King West.
A new Cantina Mercatto is now open on Wellington Street East by the market. The sprawling space offers plenty of seating and a sunny patio coming this summer. 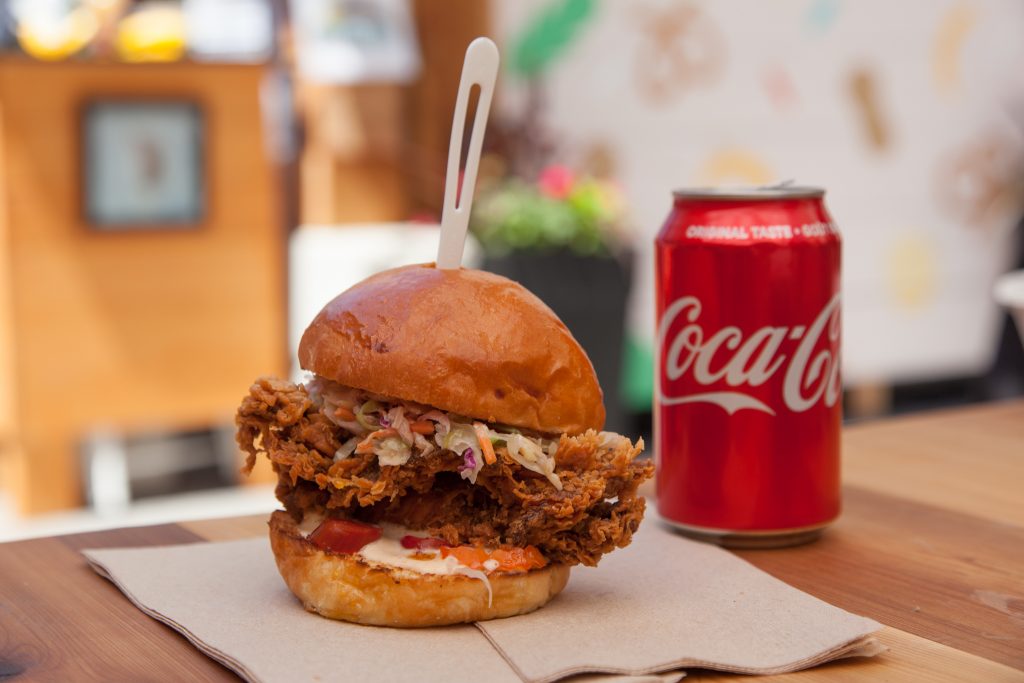 The old North 44 is now a new Byblos slated to open Thursday, December 6th. The renovated space is ushering in a new ICONINK property to midtown, this, marking the third location of the Byblos brand. Stay tuned for more, as we steal a sneak peek before the big unveil. 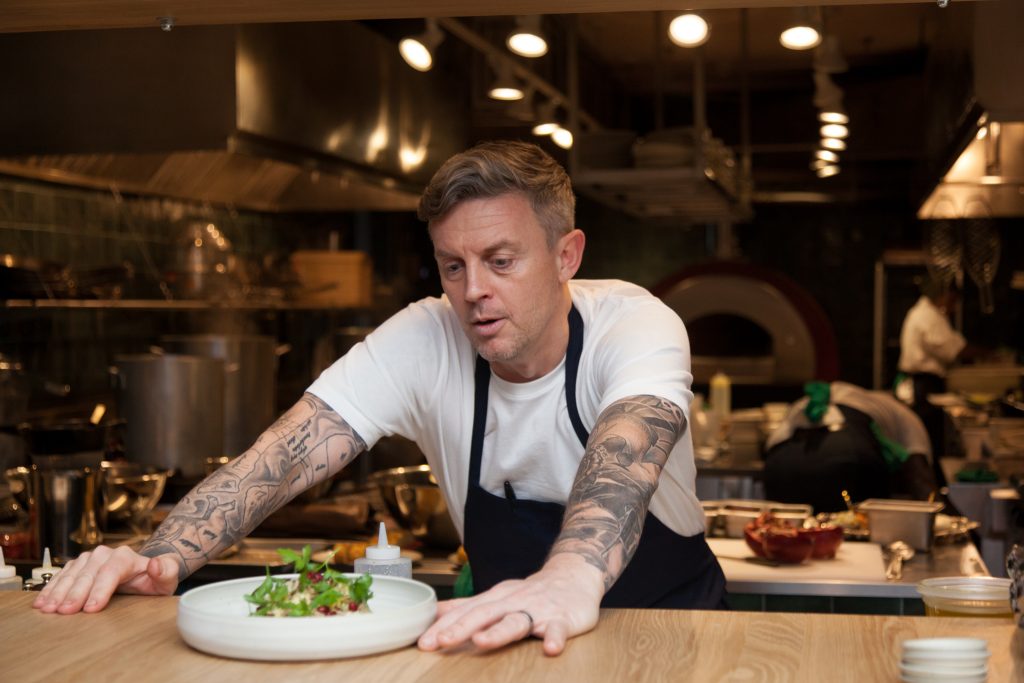 Coming Soon
Our fiery friend Hemant Bhagwani is ironing out the last details on his Bayview Village property, dubbed Goa, with Portuguese and Indian influences, this tidy spot took over from the short-lived EDO sushi spot.
The O&B empire continues to blossom with the impending opening of Maison Selby. The newest property is housed in a heritage setting, serving up coffees and French influenced pastries and desserts, giving Bloor Street a new destination for morning to night.
Dog and Tiger on College, a new proper pub is slated to open this month, and we’re all eager to see the new Arthur’s Restaurant, open in the new year, brought to you by the esteemed Chase Hospitality Group.

Closing Time
Luckee announced via Instagram that it would cease the slaw salad and dim sum service by December 23rd.