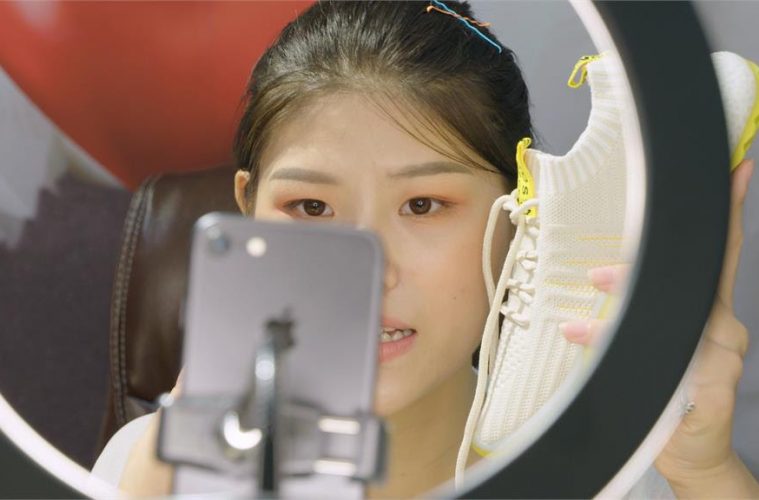 ASCENSION and the growing class divide

There’s always been this “they need us” mentality here, and quite frankly, probably everywhere.  I am grateful for my prof in Social Studies who taught our class to observe and see things from another perspective — to look beyond the obvious. That’s why the documentary film ASCENSION caught my attention. The focus here is not about China needing the rest of the world, but about what is happening internally through  filmmaker, Jessica Kingdon’s lens. It offers the audience a view of China’s rapidly growing class divide from within and without narration but it doesn’t need much to flow this story.

To put things into perspective, China’s current population is nearly 1.5 billion which makes up for nearly 20% of the world’s population. India is close at 1.4 billion, Canada is just over 33 million and USA is over 333.4 million (based on Worldometer/ United Nations data as of October 27, 2021). Mind blowing. However, as the film notes, China is the biggest consumer market in the world but the per capita consumption currently is lower than in USA. The growth potential is huge and they know it.

ASCENSION is a documentary directed by New York-based Chinese-American Jessica Kingdon (who was inspired to make this film by her Great Grandfather, Zheng Ze’s century old poem). It is a portrait of China’s industrial supply chain revealing the country’s own rapid growth in terms of labour, consumerism, and wealth.

The film is masterfully structured into three parts: the workers, the middle class training for and selling to aspirational consumers  (consider them as influencers in the making), and the elites.

The film opens with potential workers each wheeling a suitcase of personal belongings, shopping for their next factory job. Billboards are everywhere with messaging that reminds the public of their sense of worth.

Recruiters are like street hawkers or carnival promoters enticing passersby with perks like accommodations, seated work, and air conditioning. But of course there are certain criteria that must be met from the employers like no tattoos, no illegal records, as well as height restrictions and age. One said they must be between the ages of 18 to 37 . Strangers compare notes and decide which bus they’ll jump on. Everything from tech devices to highly detailed and realistic sex dolls to separating chicken parts to “Keep America Great” accessories, companies are competing to sign up workers.

Middle class workers are those that deem to have a little more drive and perhaps meet certain company desired aesthetics. Whether they were filtered out intentionally from the masses or they have their eyes set on a bigger prize, this middle tier are clearly positioned to become be the soldiers. A sense of pride is instilled by companies and monetization is the mantra.  The workers are groomed for the company’s success. They attend business etiquette and physique classes. They are taught everything from how to high your arm should be when waving to how many teeth are appropriate to show when smiling (eight), to how to hug respectfully (distance, strength) — an interesting one since knowing the culture is not normally openly “huggie” types.

“Creating your own brand” is a chant we’re all too familiar with in our age of social media. I’m sure many know what I’m talking about. It’s an eye-opening reality in this film as trainees are told that no matter how ordinary they think they are, everyone can create their own brand. This really made me question how much is truly different here.

Then the documentary turns to the elite — those who are, and those who work for them. Both sides scrupulously in detail. Downton Abbey level service for the powerful and well educated nouveau rich.

While we can easily shake our heads and  tsk tsk watching from the comforts of this side of the screen, I would say absorb this one and just let it sink in.

About Director Jessica Kingdon
New York-based Jessica Kingdon is a Chinese-American director/producer named one of “25 New Faces of Independent Film” by Filmmaker Magazine and selected for the 2020 DOC NYC “40 Under 40” list. Her award-winning short COMMODITY CITY (2017) is an observational documentary about the world’s largest wholesale mall in Yiwu, China. It was shortlisted for a Cinema Eye Honor and has played at over 50 film festivals including Rotterdam, True/False and Sheffield. She co-directed the short IT’S COMING! (2020), which was supported by Rooftop Films, and is currently playing festivals, and ROUTINE ISLAND (2019), which is included in The Eyeslicer Season 2. Jessica’s producer credits include Tania Cypriano’s BORN TO BE (NYFF 2019), Ian Bell’s 808: HOW WE RESPOND (Sheffield 2019), Nathan Truesdell’s THE WATER SLIDE (True/False 2018), and Johnny Ma’s OLD STONE (Berlinale 2016). She is a member of the Brooklyn Filmmakers Collective.