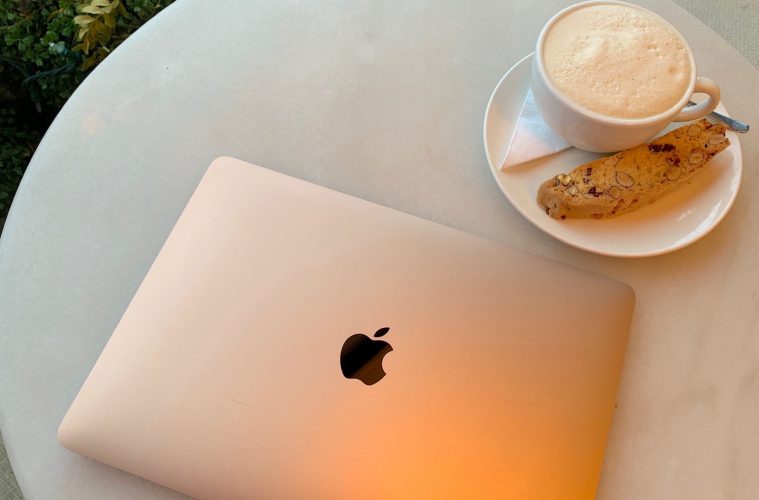 Apple freshens up with the new MacBook Air

Apple released a new MacBook Air laptop computer in recently and it caught my attention. I’ll preface why by telling you that I’ve had my MacBook Air for almost 10 years. It never failed me. I never felt the need to do any upgrades. It was THAT reliable. Some of my techy friends gasped that I had something so “old” but to be honest, I was quite proud that my MacBook Air had the lifespan it did — and still does.  It kept up with me and my daily needs. It was portable enough to take to meetings, coffee shops, and on my travels. The power of this computer coupled with its lightness was a winning combination for someone like me who was always on the go.

When Apple first launched the MacBook Air, it’s ultra thin and light design was revolutionary for the portable notebook industry. Customers loved it. Apple recognized the die-hard fans and for the latest model, they added more features making it even more appealing. A test drive of the new MacBook Air was in order.

Retina Display: on the new model has expanded all the way to the edge enclosure. The border itself is has shrunk by 50 per cent. It’s still the 13.3 inch size – ideal for a notebook that you can take everywhere for everyday computing. It has a resolution of 2560 x 1600 and over 4 million pixels. It also has 48 per cent more colour than the previous generation. So, what does that mean? When you look at photos everything is richer. You’ll see more details especially when you zoom in. Also, for photos that are taken on iPhone you will also see more brilliant colours. Apple knows iPhone customers love to take photos on their device, sync with their Mac and do any editing. Now with the level of details everything seems even more true to life. For everyday users even browsing, everything appears crisper.

Touch ID: Is conveniently located where you would previously find the power button. Use it to unlock the Mac, unlock secured documents, and to make online purchases securely via Apple Pay. There are literally thousands and thousands of websites that currently support Apple Pay. How is it secured?  It’s secured through the Apple Security T2 chip. On the chip there is a secured enclave that helps to make sure that all the data you have on Touch ID is safe and private on your Mac. It also delivers other security features like Secure Boot which means when you’re booting up software, it’s making sure that nothing has been tampered with. The Mac also has the most secured storage of any Notebook which means anything you store on this computer is end-to-end encrypted. Something that MacBook customers value very much. 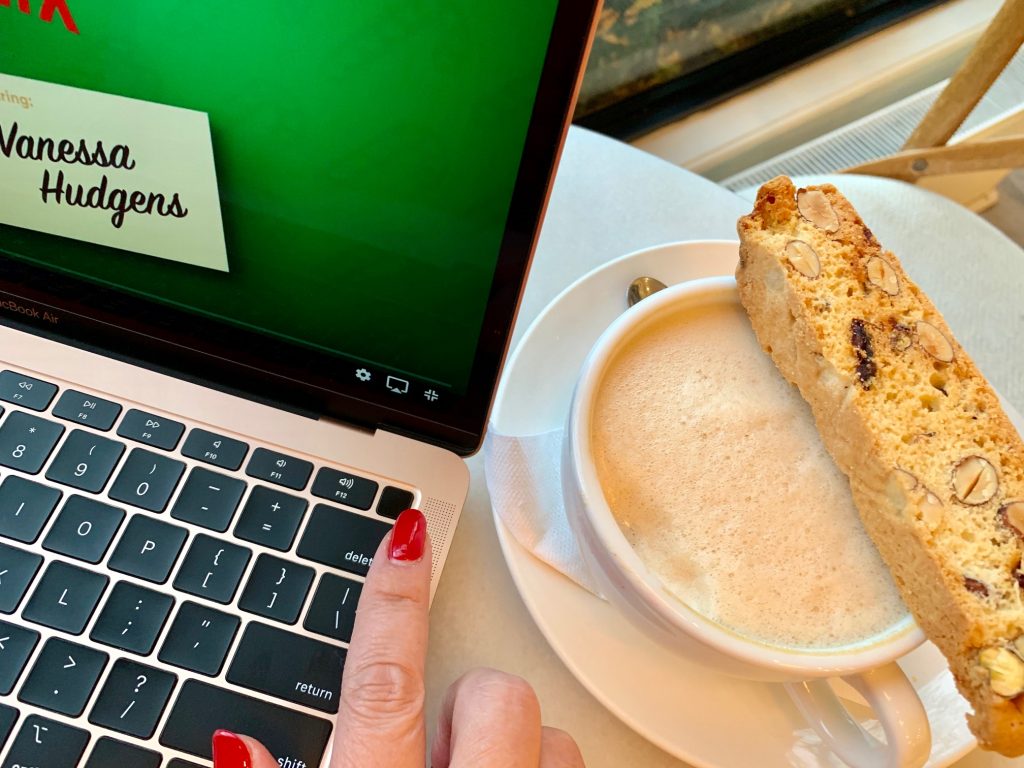 Hey Siri: For the first time this service is brought to the Mac with the Apple T2 chip, it delivers an audio controller and processor. So, if you’re working on a document you can simultaneously ask Siri to grab an image from the web safely.

Keyboard: This is the third generation Apple designed keyboard featuring the butterfly mechanism. Not something that most of us would consider a “make or break” feature but if you’re a highly detailed person, you would notice the difference. It’s all about how each key is designed. The butterfly mechanism helps with keyboarding accuracy (less typos). It also allows the laptop to be even thinner! How is that even possible?

Track Pad: Apple has made the track pad 20 per cent bigger than the previous MacBook Air which means you can do multi-gestures with more ease. You can also click anywhere on this track pad which is a convenient feature. You can also use force touch – which means you can force click (click and press) that gives additional information. So, for example you click on a word it might give you additional dictionary information or if you click on an address it gives you the option to open in Maps. A neat feature that is great for everyday productivity. 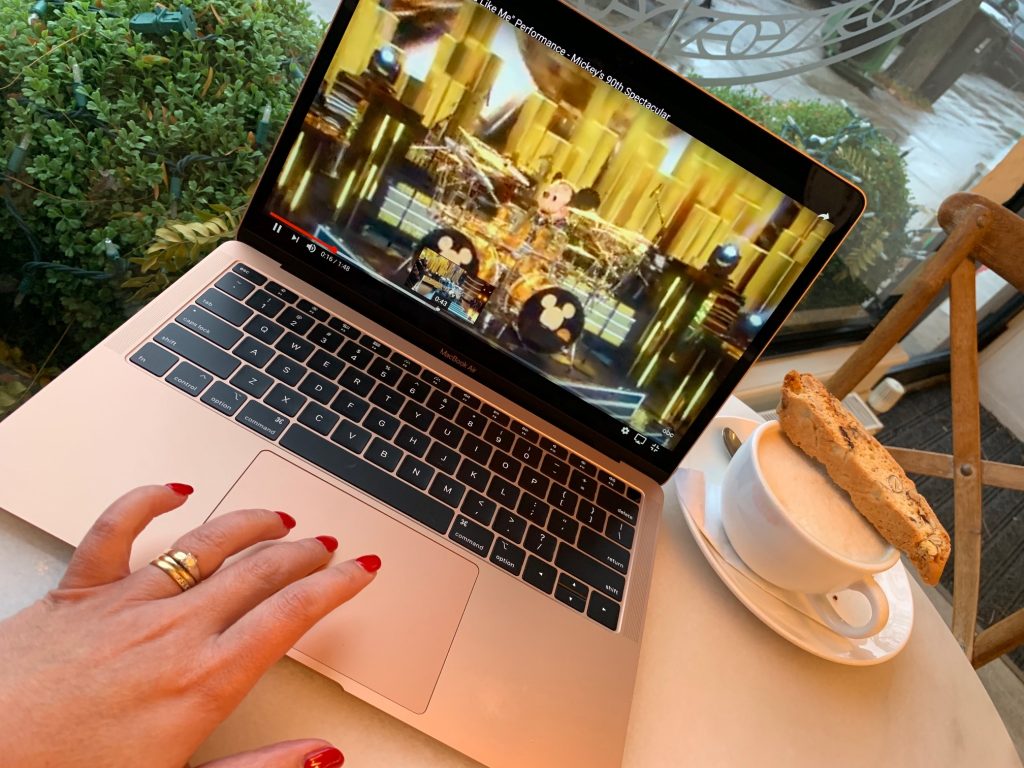 Speakers: Apple has made the speakers on this Mac 25 per cent louder with two times more bass. They recognized that Mac users enjoy listening to music or watch shows/movies on their MacBook Air so taking the features to the next level was no surprise.

Thunderbolt connectors: This Mac comes with two Thunderbolt 3 connectors making it versatile to, for example, charge your notebook and sync data at the same time. You can connect even 5K display so now you can really cater to your needs.

The Guts: MacBook Air comes with the standard intel 8th generation core i5 dual core processors. It’s also paired with faster memory and faster storage. Memory is up to 60% faster than the previous generation starting at 8 GB and it can be configured up to 16 GB. Storage starts at 128 GB and can be configured up to 1.5 TB. So there are great options for different productivity and entertainment needs. 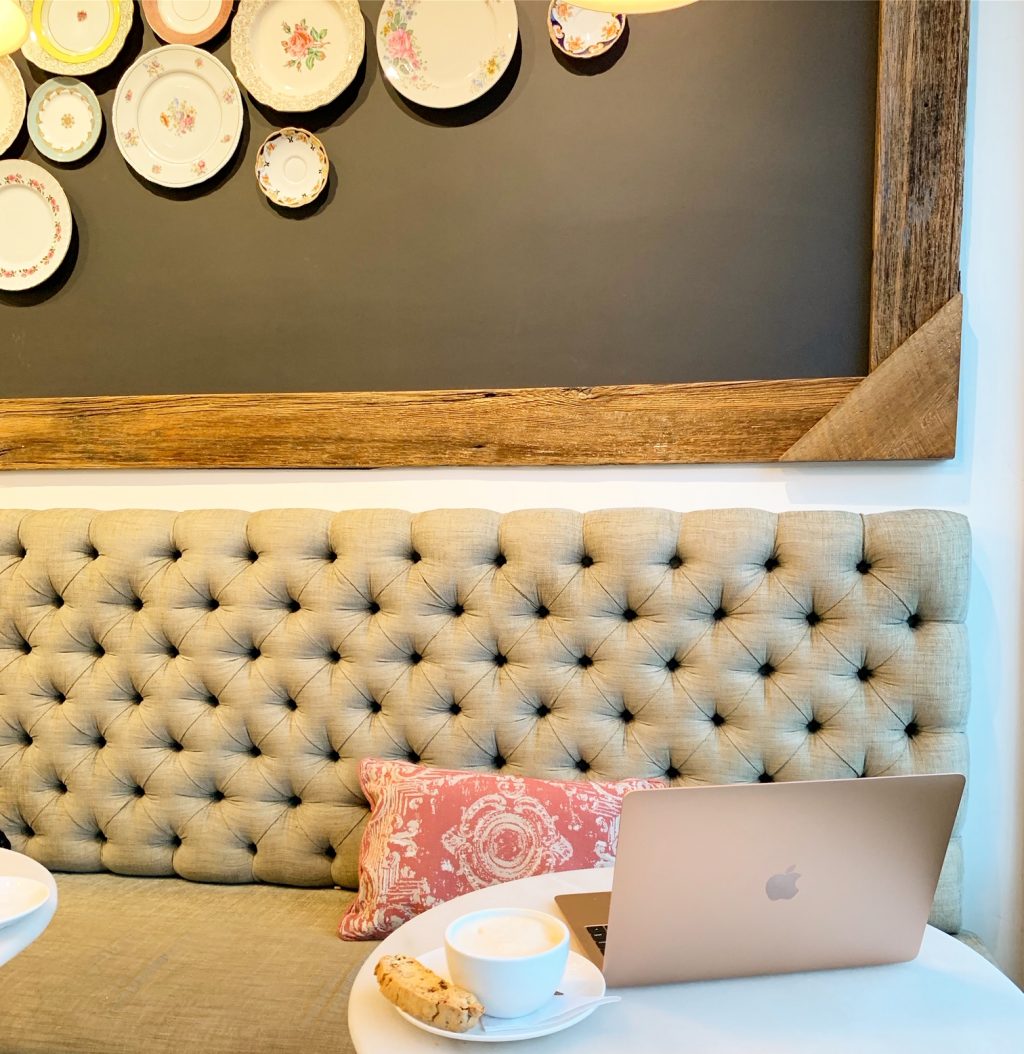 Design: Still light and thin enough to conveniently pop into my tote bag and carry on (amen), Apple has kept it’s sleek shape. They’ve also has added a stunning softer gold colour to the line up. Swoon! It is also available in the iconic Apple silver as well as space gray. This powerful Mac is also 17 per cent less volume than the previous generation weighing in at 2. 57 lbs making it .25 lb lighter. It’s also 10 per cent thinner.

Material: Made of 100 per cent recycled aluminum, the MacBook Air is considered the greenest reducing the carbon footprint of this device by 48 per cent. Nice!

So, MacBook Air lovers is it time to make that leap? I think so.