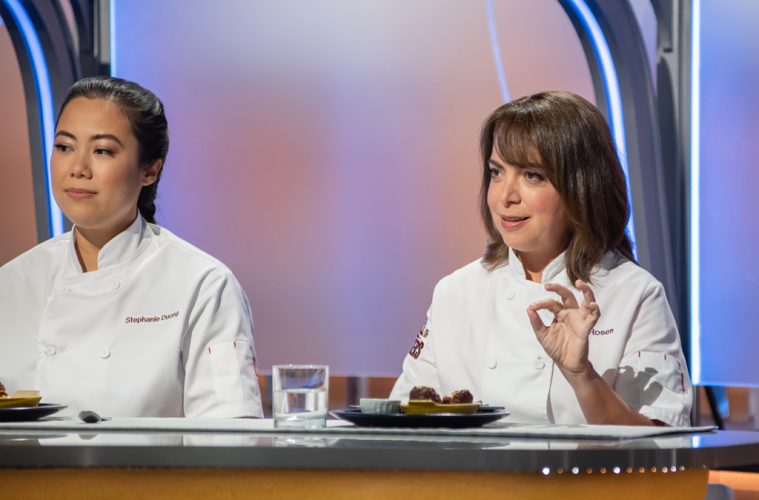 Amy Rosen heats up the small screen on Wall of Bakers

Wall of Bakers is tipping the scales of home cooks, this time away from savoury to sweet. The Food Network Canada show is bringing home cooks together again for a culinary battle like no other. Proof that Canada has an insatiable appetite for at-home cooks, the brand-new series is a spin-off from the recent Wall of Chefs show (read more here).

Fresh from her recent appearance as a judge, I caught up with cinnamon-bun expert and all-around domestic goddess Amy Rosen about the show.

MEET YOUR WALL OF BAKERS JUDGES

Known for their pedigree for selecting the cream of the crop, The Food Network gods have once again smiled down upon us with a who’s-who of national pride. From usual suspects like Anna Olsen and Lynn Crawford to new-to-tv talents like Chef Tracey Muzzolini from Saskatoon or Chef Ashley Kosowan from Winnipeg, viewers are in for a treat this season!

Chef Amy Rosen brings some depth to the panel as a James Beard-nominated, award-winning freelance journalist and cookbook author. We caught up with her in Toronto about this new series.

BRING YOUR BEST- BAKE TO IMPRESS

With titans of the industry to impress, the show brings amateur bakers from coast-to-coast to create on the big stage. Chef Amy was blown away by the variety and enthusiasm of the contestants.

“There weren’t too many total disasters. I was impressed with the level of baking, especially given the time limits. People would assume the challenge I am laying down involves cinnamon buns, but you can’t proof the dough in that short 45-minute time period. From cakes to muffins to sauces and strudels, there’s a lot of creativity – I actually left thinking…I oughta bake more!”

IS IT GETTING HOT IN HERE, OR IS IT JUST AMY?

Amy, careful to not give any show secrets away, is excited to showcase the variety and depth of the contestants. Everyone’s favourite host with the most, Noah Cappe returns. All the ingredients are in the right place, something Amy noted during her time on the show, “The judges are such great teachers, at points, I was learning right along with the contestants. I was really impressed by the selection of talent, the chefs and different expertise, doughnut chefs and cookie chefs, different ethnicities, clear across the countries. The different disciplines of who is being represented I think was fantastic.”

Catch Chef Amy and the rest of the crew – Wall of Bakers premieres on March 28th at 10pm EST on Food Network Canada. Set your PVR’s and don’t miss a moment!

Interview may have been edited for length/clarity.