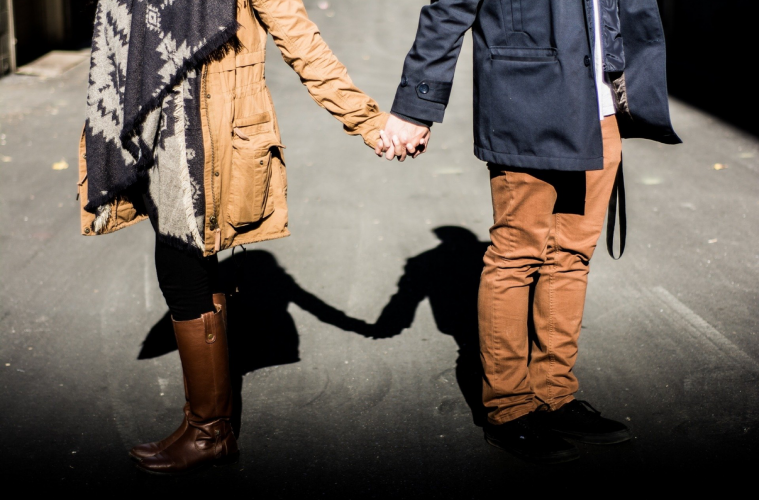 Amazon Canada just released its 11th annual list of the Most Romantic Cities in Canada based on what a few items we’ve check out on their sites. Who took first place? We were surprised to learn that it’s not our first guess of Montreal  (which, by the way, HOW DID IT NOT MAKE THE ROMANTIC LIST?) but it’s Fort McMurray that takes the title of Most Romantic City in Canada based on the most recent Amazon findings*. 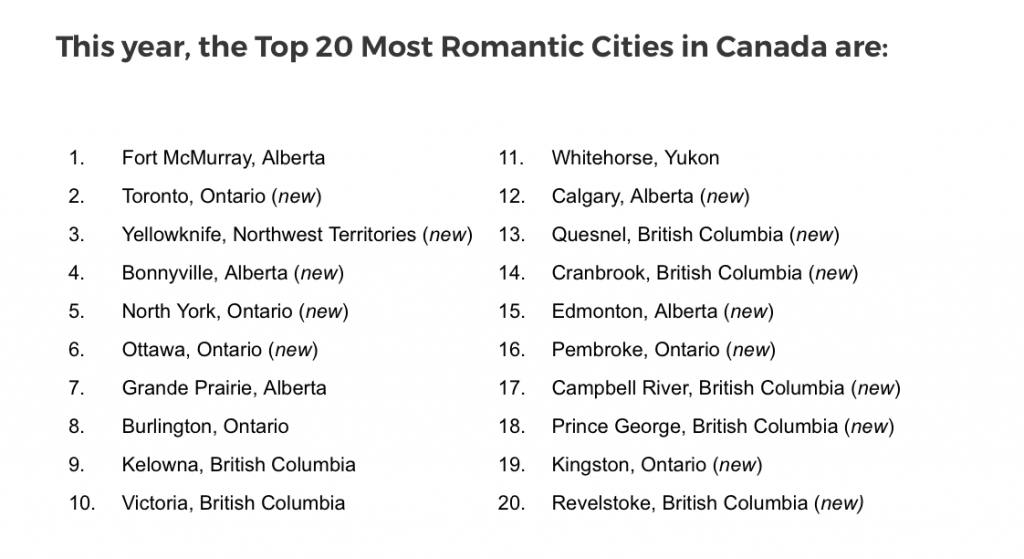 A closer look at the data revealed some interesting findings…

New Love Across the Nation: Sparks flew in new cities this year, with 14 cities that did not rank in last year’s list making their way into the coveted top 20 spots.

Territories are Heating up The North: With two cities on this year’s list hailing from territories, the residents of Yellowknife and Whitehorse sure know how to cuddle up and stay warm in the northern Canadian cold.

Capitals of Our Hearts: The nation’s capital displayed loved for more than just the country this year with Ottawa sliding into the top 10 at spot No. 6. Toronto, Yellowknife, Victoria, Whitehorse, and Edmonton all also represent capitals of their respective provinces/territories!

Western Love Affair: Across the west (Alberta and BC), residents are proud to demonstrate their flair for romance, as they take 12 of the top 20 cities, proving west is best.

And what were some of the stuff Canadian lovers purchased?

JEWELLERY: This year’s top-selling jewellery items include pendant and locket necklaces as well as storage for all of the glam accessories.

MOVIES & SHOWS: Lovable, Classic and Silly Films were popular. While some of the best-selling movies this year are classics, such as I Love Lucy, Pretty Woman, Titanic, Sleepless in Seattle, and Love Actually, one newcomer to the top of the list is the playful 1995 film A Goofy Movie.

RELATIONSHIP BUILDING BOOKS: This past year, Canadians were eager to learn how to make the most of their relationships diving into best-selling books including The 5 Love Languages by Gary Chapman and Hold Me Tight: Seven Conversations for a Lifetime of Love by Dr. Sue Johnson EdD

STEAMY READS: Romance novels continued to be among some of the best-selling products of the various categories studied. Romance “whisperer” EL James’ novel The Mister and Nora Roberts’ novel The Rise of Magicks: Chronicles of The One, Book 3 were among the top romantic reads of the year.

Okay, and if you’re feeling the pressure of Valentine’s Day, the popular curated gift shop is now up on amazon.ca or just ask Alexa.

*The list was compiled by comparing sales data from January 1, 2019 to January 1, 2020 on a per capita basis in cities with more than 20,000 residents. The data looks at purchases of romance novels (both print and Kindle editions), romantic comedies, relationship books, jewellery and sex-wellness products.