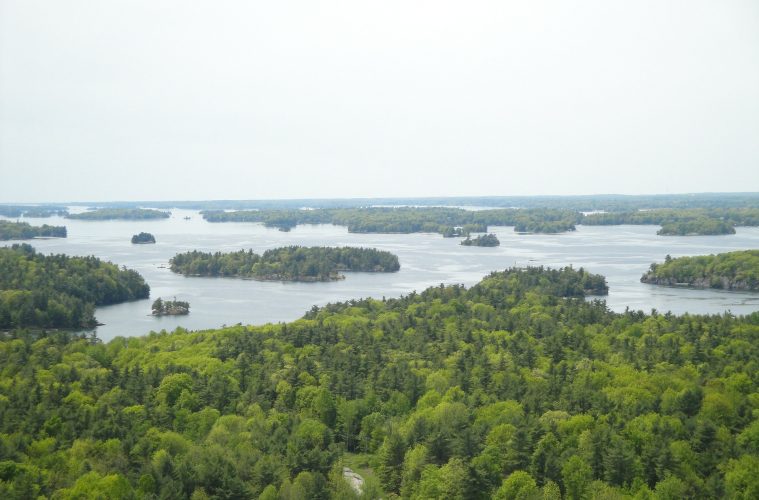 A Thousand Things to do in the 1,000 Islands

There is an archipelago in Ontario so vast it boasts over 1800 islands. An area so beautiful two castles have been built there and the secret Skull and Bones society is rumoured to have a retreat. A place where tankers and pleasure boaters ply the waters in close proximity, yet with rarely an incident. 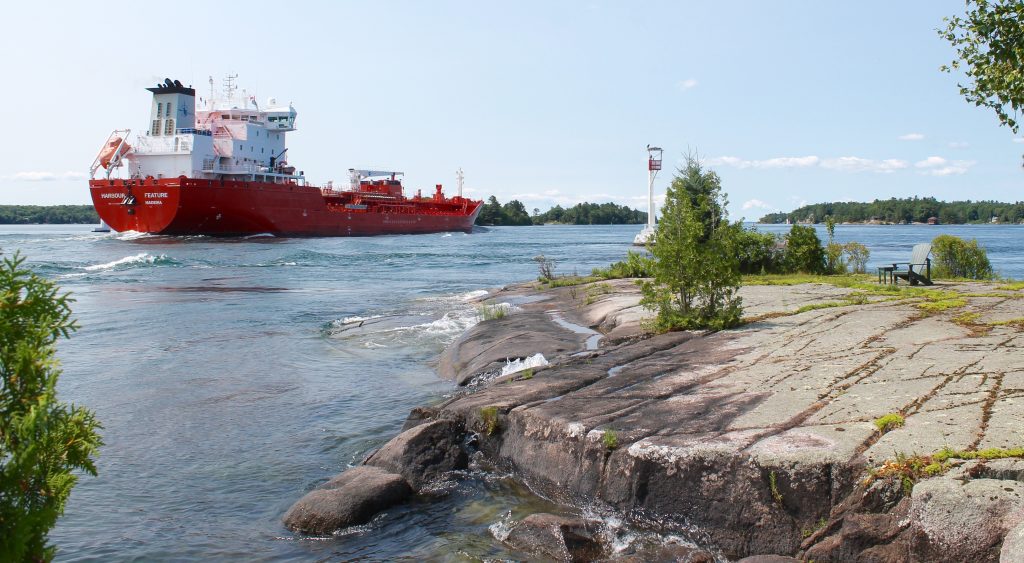 Spanning over 80 kilometres, it straddles both Canada and the United States and claims to have the shortest international bridge. It is a mecca for boaters and scuba divers and even warrants its own salad dressing.

Located along the St. Lawrence River between Kingston and Brockville, the 1,000 Islands is a boater’s paradise – often referred to as the “fresh water boating capital of the world”.

There are two schools of thought on what criteria are required to be a 1,000 Island. One claims an island must be above water 365 days of the year and be home two living trees. A second opinion also requires an island be above water for the same period, but needs only one tree and be bigger than 900 square centimetres (one square foot). One may think this may be splitting hairs, but in an area with an awful lot of rocks this can make a big difference!

While a majority of the islands are either privately owned or too small to house more than a couple of trees, there are still many islands to visit and explore. These include the 20 islands that make up the St. Lawrence National Park, Canada’s smallest national park; the dozen or so islands which constitute the City of Brockville Municipal Islands; some American State Park islands; and Singer Castle on Dark Island and Boldt Castle on Heart Island. 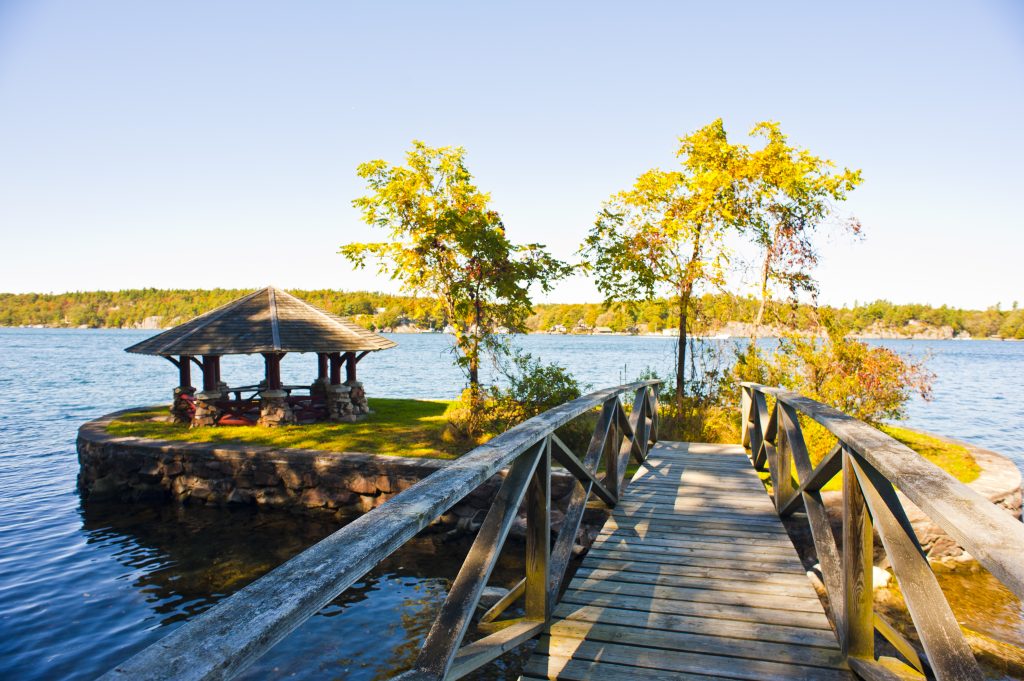 Whenever I come to this cruising ground, I am introduced to some new island. Each island has its own unique appeal, from walking trails to golf courses to warm swimming waters. The most eastern of the Park’s Canada Islands, Stoven, is located in the Brockville Narrows. On one side, boaters can swim and frolic in the shallow warm waters; while on the other side those daring enough can plunge off 7 metre high cliffs as freighters pass within metres.  As a child my husband use to jump off the lighthouse with his brother, but today diving from there is no longer allowed.

In sharp contrast to Stoven is Cedar Island at the western end of Park’s Canada. Standing alone, with cliffs on all sides, Cedar Island is rich in history and myth.  Lying in the shadows of Old Fort Henry, Cedar Island features a tower that once housed British Soldiers protecting Upper Canada. Legend has it underwater tunnels were built linking the Fort to Cedar Island. 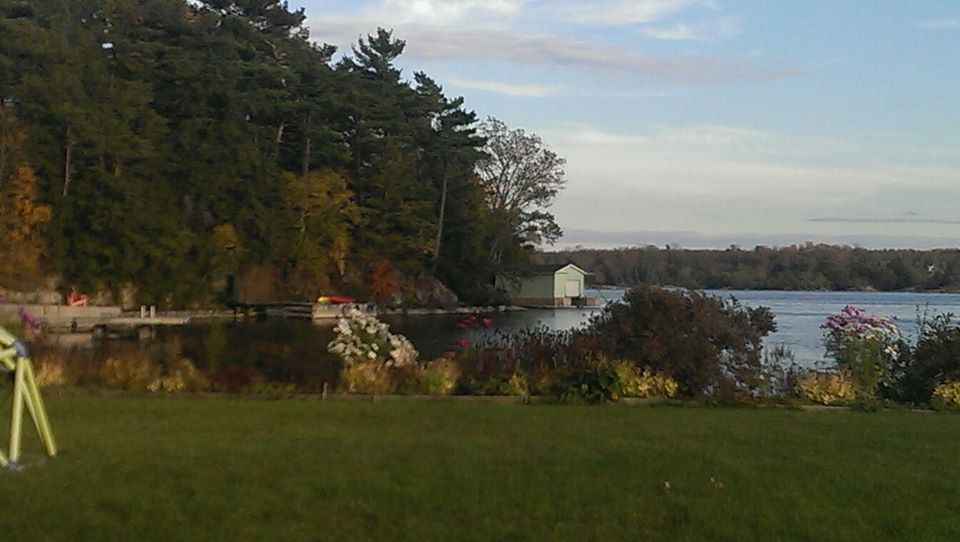 If you plan on cruising the 1,000 Islands, don’t forget your passport as a stop at Boldt Castle on Heart Island should not be missed.  Built at the turn of last century, Boldt Castle is a testament of a man’s love for his wife. George Boldt, the wealthy proprietor of the Waldorf Astoria, commissioned this magnificent building until the sudden death of his wife Louise, in 1904, brought construction to an abrupt halt. While nearly completed, Boldt never returned to the castle leaving it deserted and unfinished. For 73 years it lay abandoned, at the mercy of the elements and vandals. In 1977, the Thousand Island Bridge Authority acquired the land and began restoration. Today one can glimpse into history and Boldt Castle’s past glory.

George Boldt did more than build a castle; he also made the 1,000 Islands a household name.  After tasting a local salad dressing, Boldt began serving it at his hotel and named it after the region. Thus popularising the 1,000 Islands in the name of a dressing that is today, enjoyed throughout the world (and relished as a “special sauce” on many a hamburger). 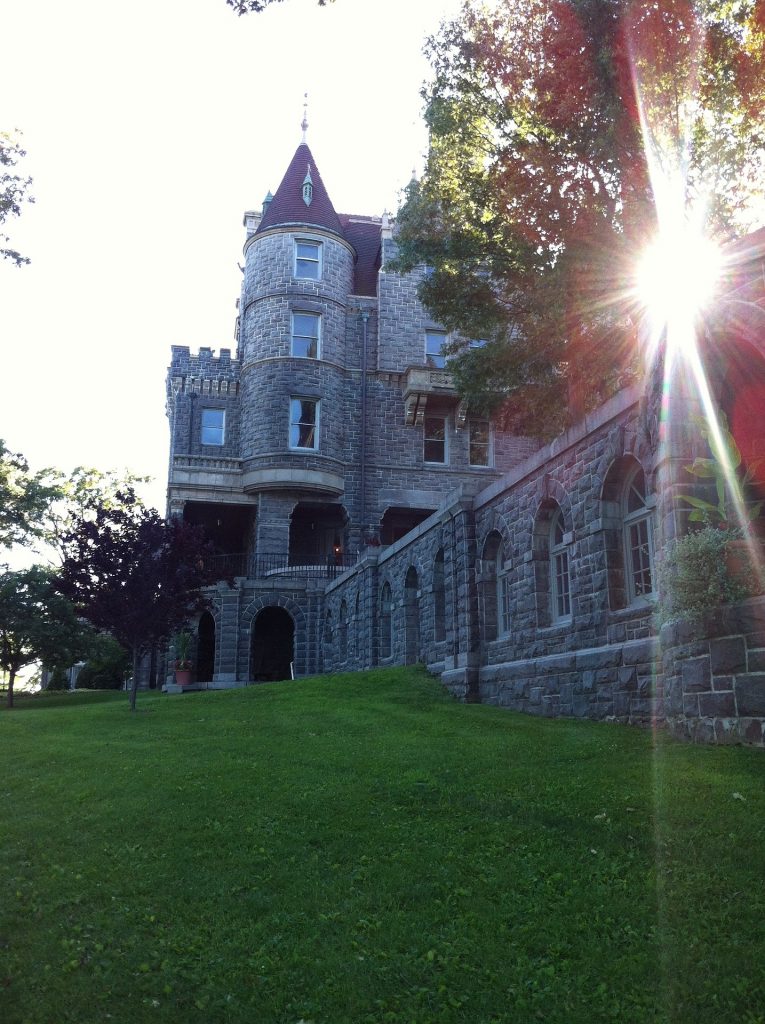 Singer Castle is also open to visitors. While not as grand, it is equally as impressive. Perched on Dark Island, Singer Castle is rumoured to have been built with secret passageways, allowing the owner, Frederick Bourne, ample opportunities to spy on his guests.  And, during prohibition, Dark Island was used for rum running.

What else about this region makes it so special? There are a multitude of activities one can enjoy. When the heat of the Ontario summer becomes overwhelming, the river provides welcome relief. Waters are crystal clear and diving in this area is a site to behold. The area features reefs and numerous shipwrecks ranging from freight carriers to schooners; barges to paddle wheelers.   And while most of the wrecks are over 30 metres underwater, some are a mere 5 metres below the surface and can easily be seen by looking overboard.  During the summer months, the water temperature is warm, all the way down to 30 metres and beyond in places. 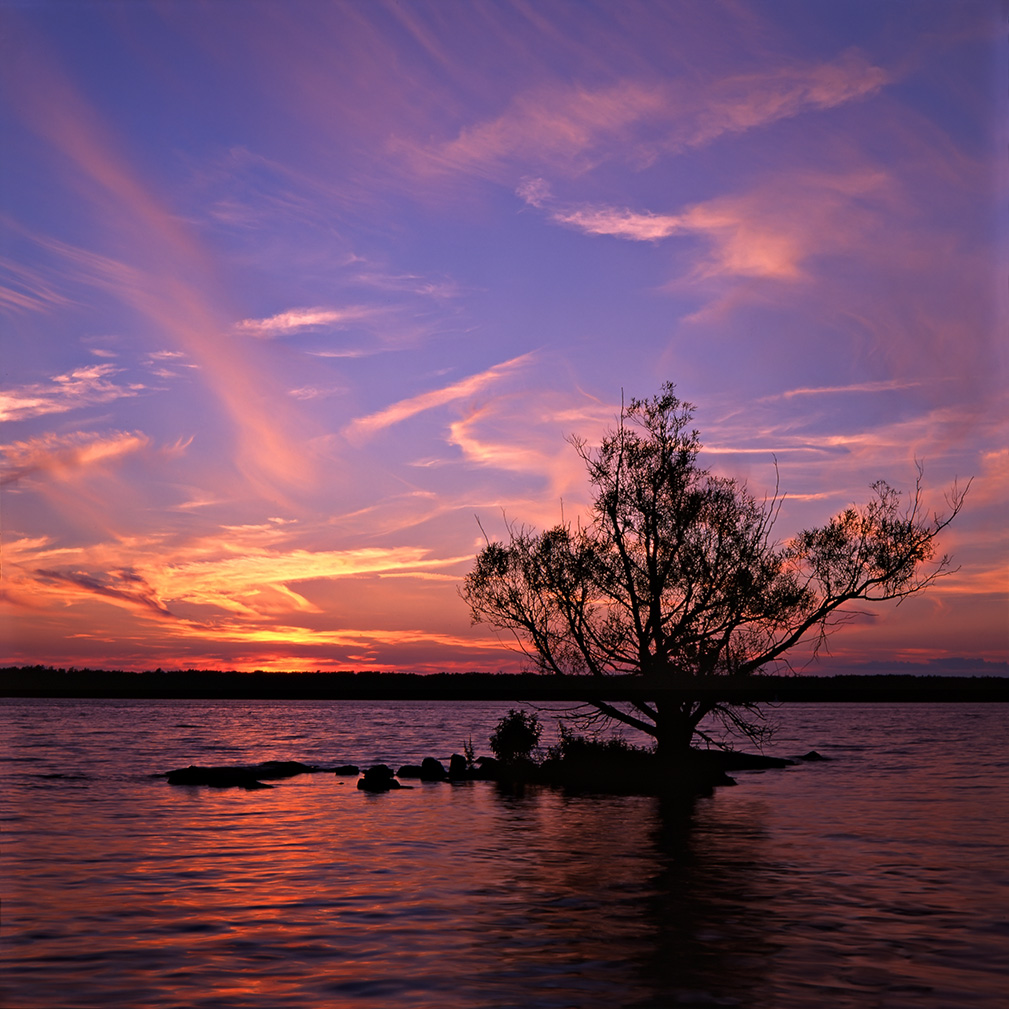 If you don’t want to put on a wet suit, tank and mask there are many other outdoor pursuits. There are numerous golf courses one can enjoy. Kayaking, canoeing, sailing and jet skiing are all popular activities. Fishing is another popular pastime. The 1,000 Islands has numerous backwaters, bays and creeks, which supply the angler with plenty of opportunity for hauling in a record Northern Pike, Bass or even Perch.   And, if you plan your vacation for the second weekend in August, you can watch the annual Thousand Islands Poker Run where a hundred or more power boats race along the St. Lawrence River. 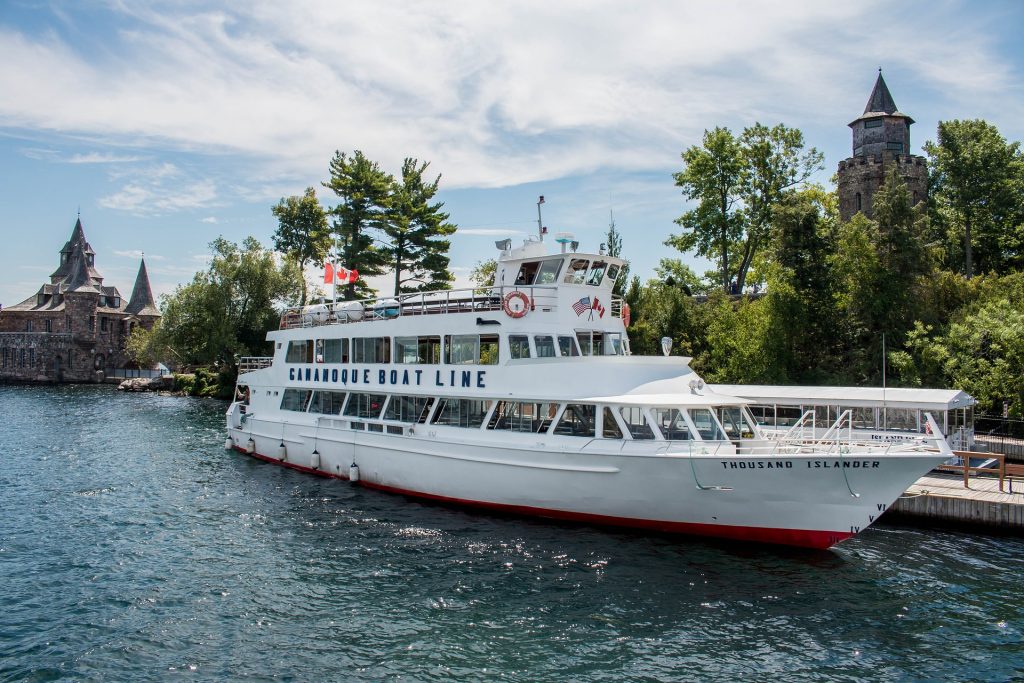 Go for a visit. There are plenty of ways to explore this diverse and interesting region – even if you are not so fortunate to have a boat to borrow. Local outfitters in Rockport and Gananoque offer rental houseboats.  Kayaks and canoes can be rented from a variety of locations. And tour boats, out of Brockville, Rockport and Gananoque, will take you to the popular destinations. Your time will be well spent.