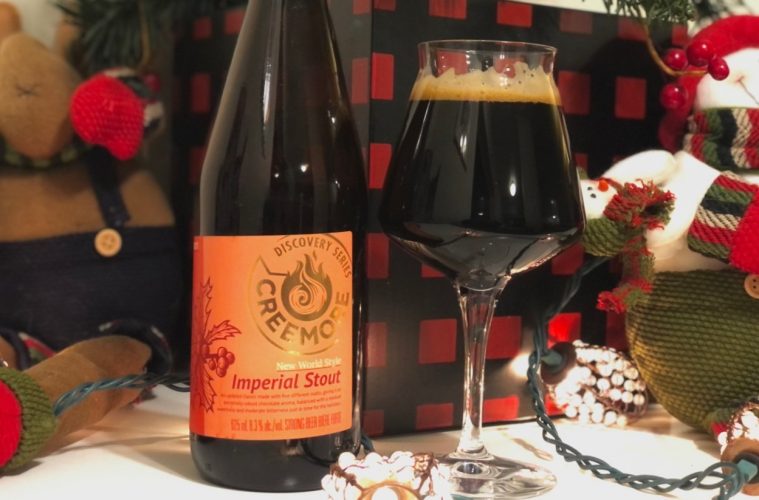 When we thought 2021 would be our comeback year our unwelcome 2020 cousin would just not leave the dance even after we turned the lights on. In classic Canadian fashion we did the best that we could and all managed the only we knew how. Some of us stayed in more often talking to their cats and painting by numbers (I neither confirm nor deny) while others took some chances and made some minor but instagramable memories.

What Creemore Springs knows how to do best is make great beer. They know what people like; the blue, white and gold can of their lager is recognizable across the province. They also know what beer drinkers want; something different to distract themselves from the mundane routine of pandemic life.

Throughout the year they have been satisfying that need with their small batch Discovery Series beer program. Limited editions using old world beer styles but brewed the “The Creemore Way.”

To wrap up the year they have released their final beer of the 2021 series; an Imperial Stout. Using local spring water in traditional copper kettles this hardy pour is the perfect fireside pint. This style came to be in the 18th century when it was brewed for export to the Imperial Russian Court; hence it’s royal moniker.

Stronger than a standard stout this beer is the darkest you will find. It pours a deep black brown with a dark creamy head of foam you almost want to use a spoon on. Dark chocolate enthusiasts will savour its rich flavour and despite its hefty kick (8.3% ABVs) its just boozy enough to warm the soul but not feel like you couldn’t finish the bottle.

This series has been a delight in another weird and wonky year and each new release has been a much needed highlight to beer drinking days. As we move into another uncertain year let Creemore be the one certainty; expertly brewed beers. Check out their Discovery Series on their website or when it’s safe to do so visit their brewery. Most importantly don’t sleep on this series. The next beer just might be the one you didn’t realize you were missing.

*thank you to Creemore Springs for gifting me some of this beer to try. All opinions are 100% my own.