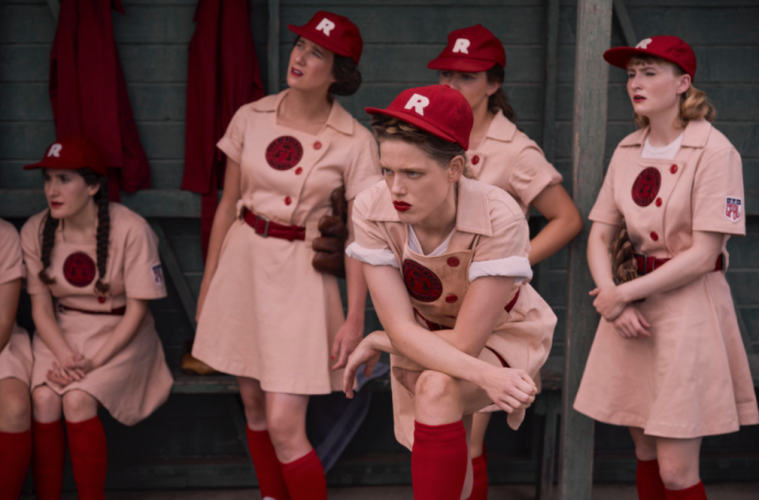 Many of us can remember the 1992 Penny Marshall film A LEAGUE OF THEIR OWN that was inspired by the real-life All American Girls Professional Baseball League (AAGPBL). It starred oh…a few big names including Madonna, Geena Davis, Rosie O’Donnell, and Tom Hanks. Now, the iconic film breathes a new life and not as a remake of the classic. This time it plays out as series and Vancouver actress Kelly McCormack was in Toronto for a press event this week to give us the inside scoop.

A LEAGUE OF THEIR OWN series launches on Prime Video (August 12). It follows Carson (Abbi Jacobson) and Max (Chanté Adams) and a new ensemble of sharp and hilarious characters as they carve their paths toward the field, along the way finding their teams and themselves.

McCormack tells us the pilot for the series was actually shot before the pandemic and then the entire cast and crew were then put on a massive hiatus leaving them wondering if, when, and how the project would move forward.What must have seemed like forever, they finally got the green light to go into production about a year ago filming in Pittsburg. But the launch that seemed a long time coming suddenly jolted her into reality as she, and her co-stars, began speaking with the media.

“Every human being has said ‘that was my favourite movie’,” said McCormack as she was reminded just this past week by EVERYONE, while on press tours. 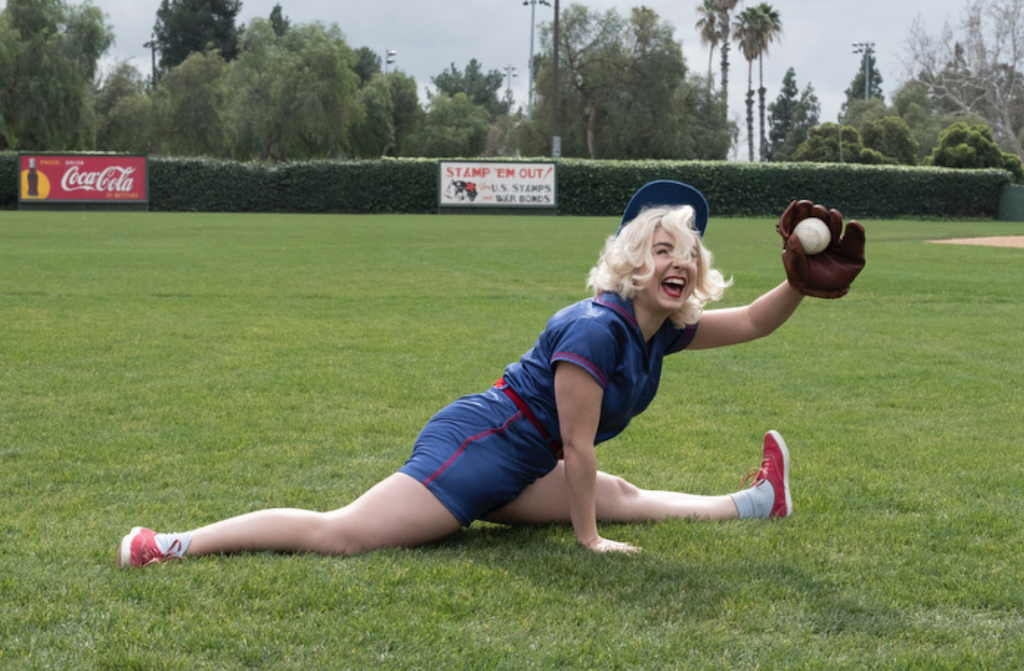 The 8-episode series is based on the women who played with the AAGPBL in 1943. But, as McCormack explained, in today’s landscape they were able to return and give the space to expand and tell the stories Penny Marshall was not able to explore in the much loved original film.

What was attractive about this script to her? “First and foremost it really sounded like an Abbi Jacobson script,” said McCormack. “It sounded like her effervescent awkward self. It’s so funny and clearly her voice.  I also love sports narratives, women in sports, queer women in sports, people of colour in sports — all the underdogs.”

McCormack describes her character Jess McCready as being cool and comfortable. “She just really wants to play ball. She is exactly who she is and doesn’t feel the need to express or articulate it. I felt excited to play someone who was showing and not telling.”

Jess is a Canadian from Moosejaw, Saskatchewan. She tells us a quarter of the league was Canadian so McCormack thought it would be an interesting background for her character. She also went onto explain that in the 1930s the nickname for the city was “loosejaw” because of all the rum-running from Chicago. She wanted to play a character who was a rural farmboy but also she wanted her character who had seen a lot and done of lot of things. She also learned that the first Gay and Lesbian Pride Parade in Moosejaw happened around the time when the original film was released. 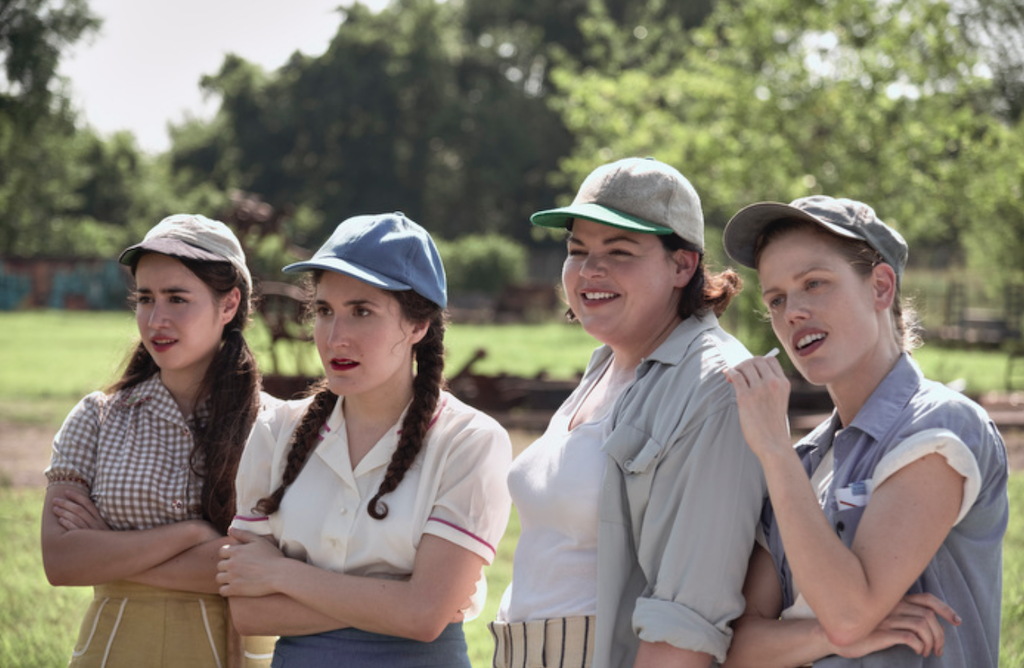 What did she love about playing Jess? Other than chew and spit chewing tobacco, she discovered what she loved about playing Jess was that she really doesn’t talk that much and she found that really interesting. “Adding the layers and filling in the blanks on your own is like playing the shortstop and throwing your body into it,” said McCormack.

How do you find the balance between the historical significance of the story line yet be able to find the freedom to bring a modern twist?

“We felt so confident in the creators and their vision and because the show was two different Rockfords, it’s such a provocative and challenging thing to do. The story of segregation is so often told from the white perspective or the black perspective but to truly tell the story connecting the characters, that was such a signal that the creative were willing to go for broke on that,” said McCormack.

McCormack shared so many fun stories behind the scenes in creating the new series including fangirling while working with Rosie O’Donnell who was in the original film and now plays a bar keeper. And no, she didn’t spill any tea on Madonna.

A LEAGUE OF THEIR OWN is look back on what life would have been like for the AAGPBL baseball players in the 40s. Ultimately, this series reminds us about how far we’ve come and how far we still need to go. It’s about supporting all women in professional sports and to be taken seriously. It’s about sports fans giving the same amount of respect to women regardless of where they came from or who they identify as. It celebrates Penny Marshall’s original film with all the bases loaded and this series works to bring the stories home.

A LEAGUE OF THEIR OWN is now on Prime Video and definitely worthy to put on your binge watching list!