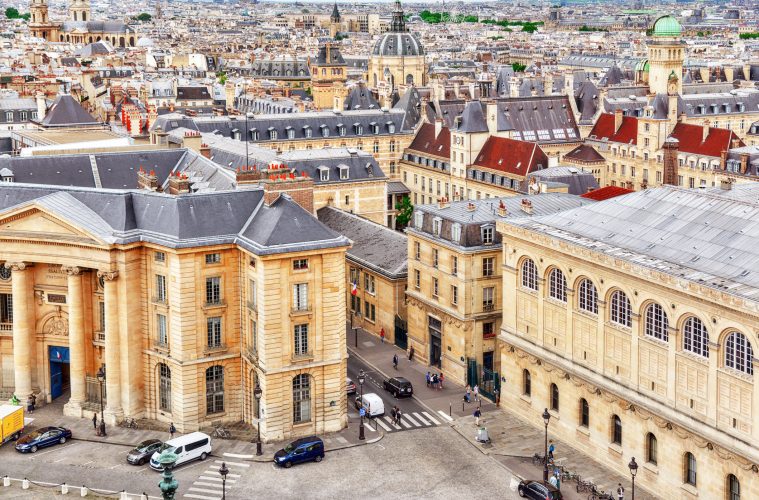 Film lovers from all over the world are here in  Toronto for TIFF the biggest film festival of the year!  While we enjoy our popcorn, how often are we wishing we could visit some of the locations were these films were made? HomeToGo, the world’s largest vacation rental search engine, has shared  7 beautiful vacation destinations – inspired by this year’s biggest films. Some are the real-life locations where the movies were filmed, while other locations have been chosen because of their major role in the character’s lives or movie plot. Fans of the show will be able to take in the spectacular natural landscapes and atmospheric cities that bring these movies to life.

In the past, award-winning TIFF features like Call Me by Your Name have inspired audiences to travel to destinations like Northern Italy and boosted tourism in for the stunning cities shown on-screen.

Agatha Christie fans will love this black-comic murder mystery. It’s a star-studded cast (Chris Evans, Toni Collette, Daniel Craig) play the dysfunctional extended family of wealthy crime novelist Harlan Thrombrey, who reunite for his 85th birthday – only to find that he’s dead, and one of them must be the culprit.

With all the film’s homages to past classics, Boston is the perfect setting, with its historic mansions and European-influenced architecture. For a real murder mystery feel, check out this historic nine-bedroom manor in the suburbs of Boston, close to where the movie was filmed. 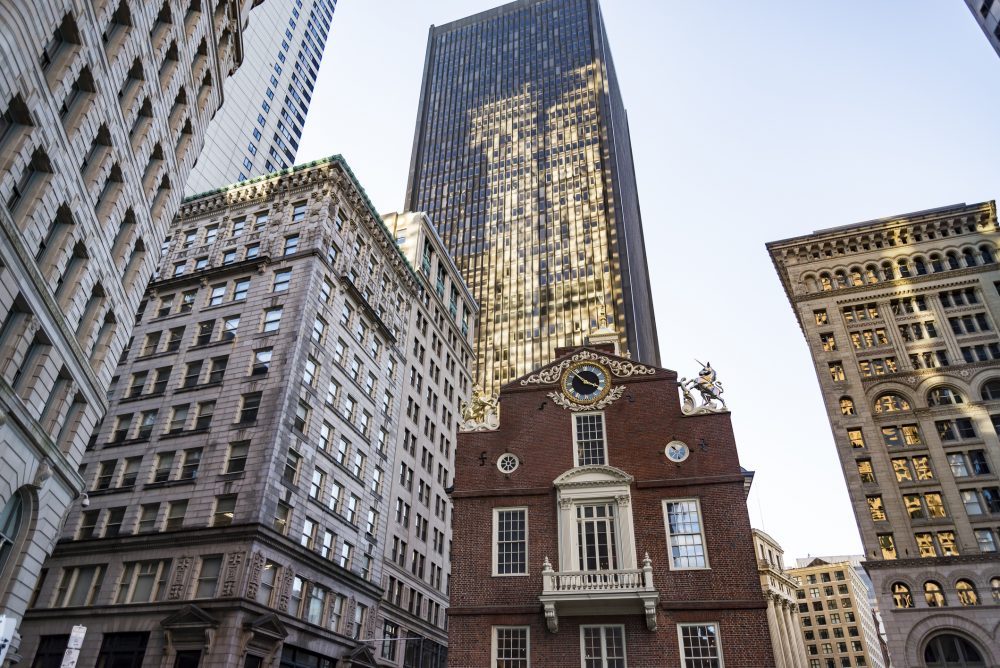 This dark comedy from Taika Waititi follows a lonely young boy in 1940s Germany who naively buys into Nazi ideology – even asking for life advice from his imaginary friend, Adolf Hitler. That is, until he discovers a terrible secret and is forced to confront the consequences of his beliefs. The film features a star-studded cast including Scarlett Johansson, Sam Rockwell, Stephen Merchant, and Taika Waititi playing the role of the imaginary dictator himself.

Berlin is a city steeped in history, with fascinating memorials and museums examining its dark twentieth-century past. There’s no better base for exploring than this spacious apartment in the historic Prenzlauer Berg neighbourhood, where the altbau apartments buildings retain their traditional charm. 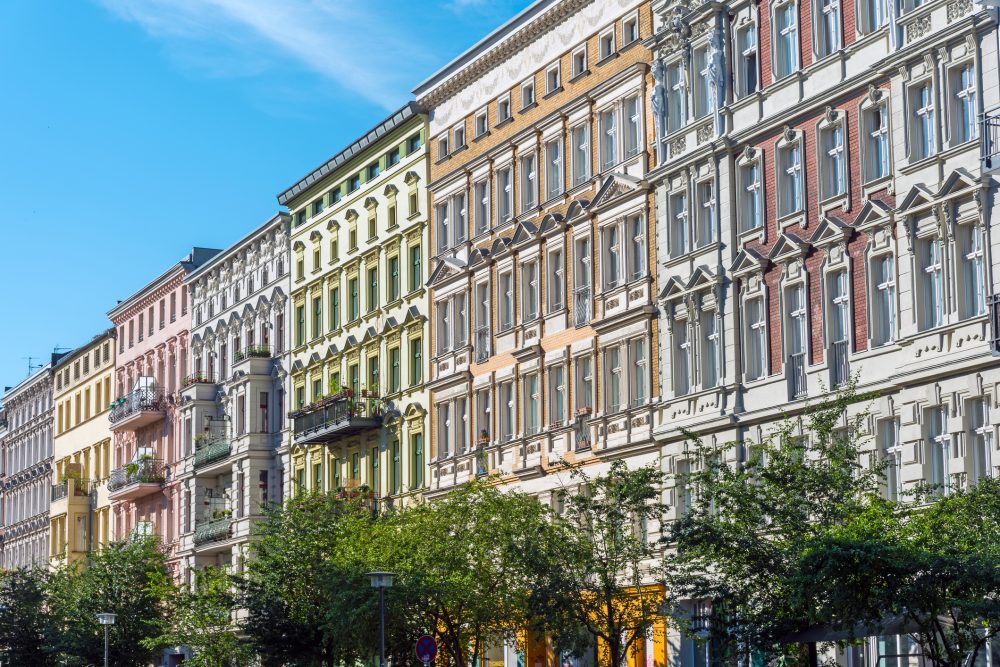 A Beautiful Day in the Neighborhood – Pittsburgh,Pennsylvania

Tom Hanks stars in a biographical drama based on the life of children’s TV program creator, Fred Rogers (aka. Mister Rogers). The story is told through the eyes of a journalist, Llyod Vogel (Matthew Rhys), who begrudgingly accepts an assignment to profile the beloved television icon. Vogel’s outlook on life is eventually transformed after realizing Rogers’ gifts for helping people and teaching the importance of kindness.

The real “Mr. Rogers’ Neighbourhood” is located in Pittsburgh, where you’ll find exhibits, sculptures, and full-size replicas paying tribute to the show and the life of its creator. Get cozy in a retro-chic home in Squirrel Hill – the same quiet and friendly neighbourhood, where the real Mister Rogers lived while filming the show. 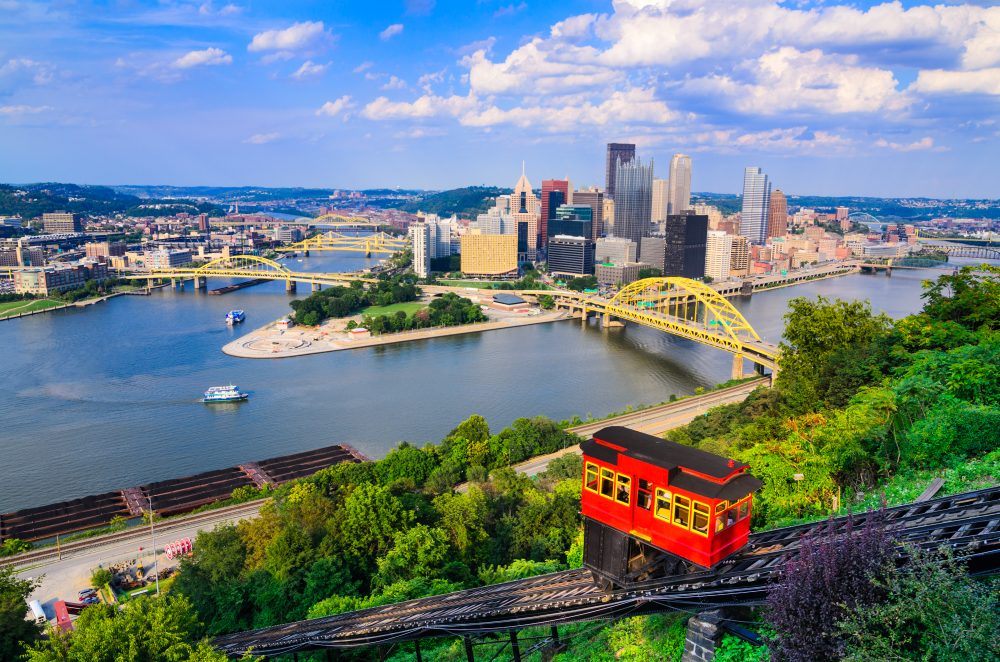 Ford v Ferrari tells the story of legendary car designer Carroll Shelby (Matt Damon) and British race car driver Ken Miles (Christian Bale). The two were backed by a team of engineers and tasked with building a revolutionary car that would compete with the dominant Enzo Ferrari team in the 24 Hours of Le Mans. Overcoming corporate interference, the laws of physics, and their own personal demons, the team set out to achieve the impossible and make motorsport history.

Today, thousands of car enthusiasts still make the pilgrimage to Le Mans, France to visit the city’s famed 24h race track, a portion of which is a public motorway during parts of the year. The old town of Le Mans also features a historic city centre, gothic cathedrals and beautiful neighbourhoods of mancelle homes which were typical of the 19th century in Le Mans. 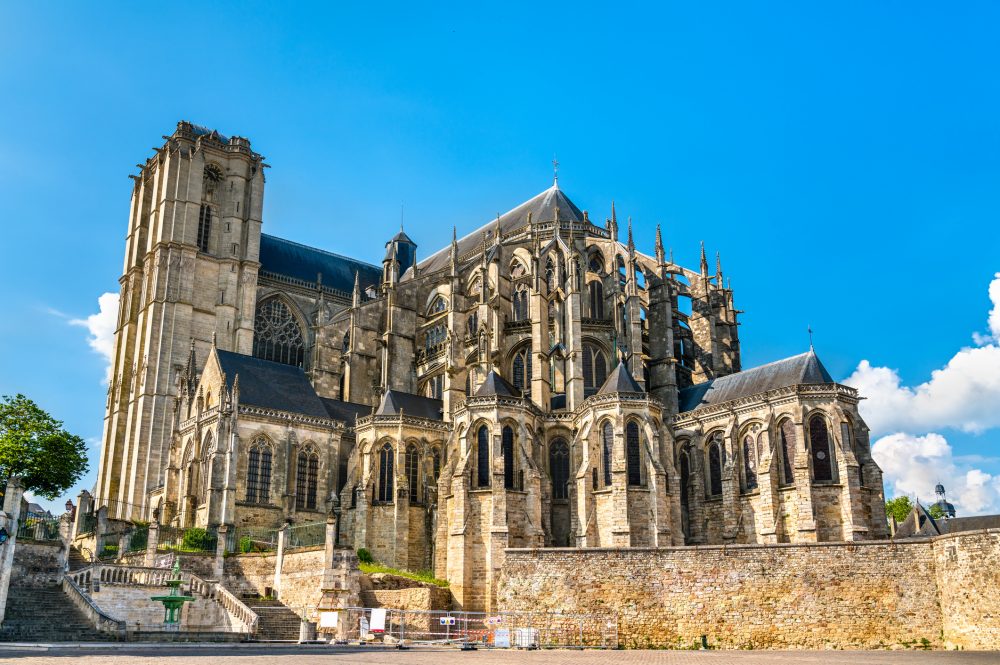 The film everyone is buzzing about this year – the origin story of DC’s iconic comic book character, The Joker. Joaquin Phoenix plays a failed comedian, Arthur Fleck, who slowly descends into madness after a series of events leave him feeling detached and “laughed-off” by the rest of society.

There are many fan-theories on where to find the real Gotham City. Several theories suggest the dark and fictional town takes inspiration from Lower Manhattan, where several scenes from Joker were actually filmed.

For those wanting to get closer to the fringes of society, you can rent in a colourful campervan in the East Village and experience the city’s streets from the ground-level. 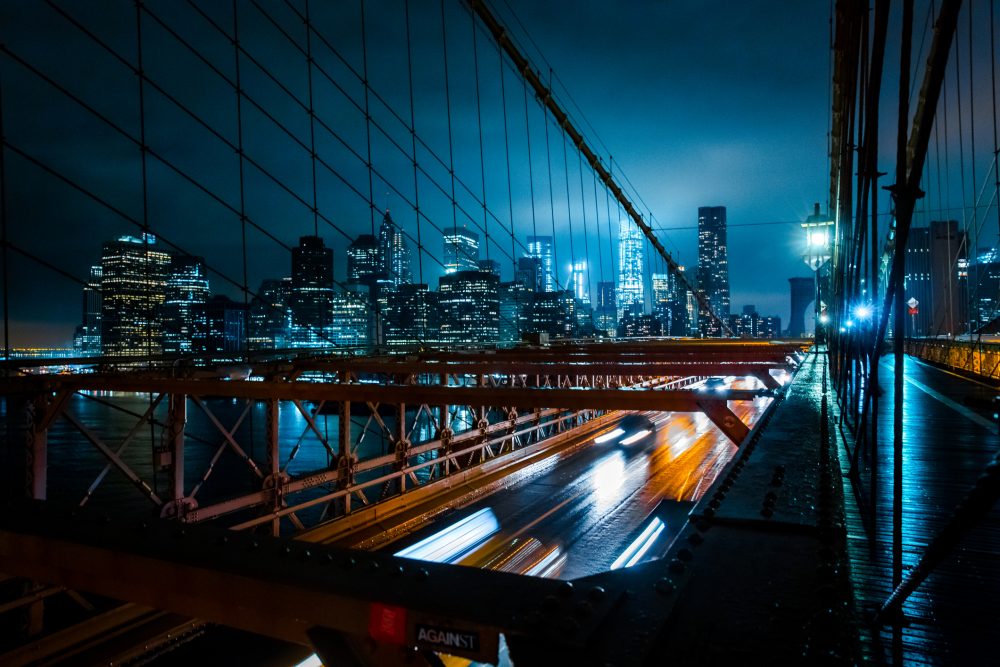 Once Were Brothers: Robbie Robertson & The Band: Toronto, Ontario

The festival kicks off this year with a documentary about musician and Toronto hometown hero, Robbie Robertson. The film features the likes of Martin Scorsese, Eric Clapton, and Bruce Springsteen. It recounts the defining moments of Robbie’s life as he overcame hardship and found camaraderie with a group of musicians who would come to be known as “The Band”.

For rock historians visiting Toronto, there’s no better place to ‘take a load off’ than a rock and roll condo near the Horseshoe Tavern on Queen St. West. The Horseshoe doubles as a rock museum, where some of the biggest acts and bands have played, including many appearances by Robbie Robertson and The Band. 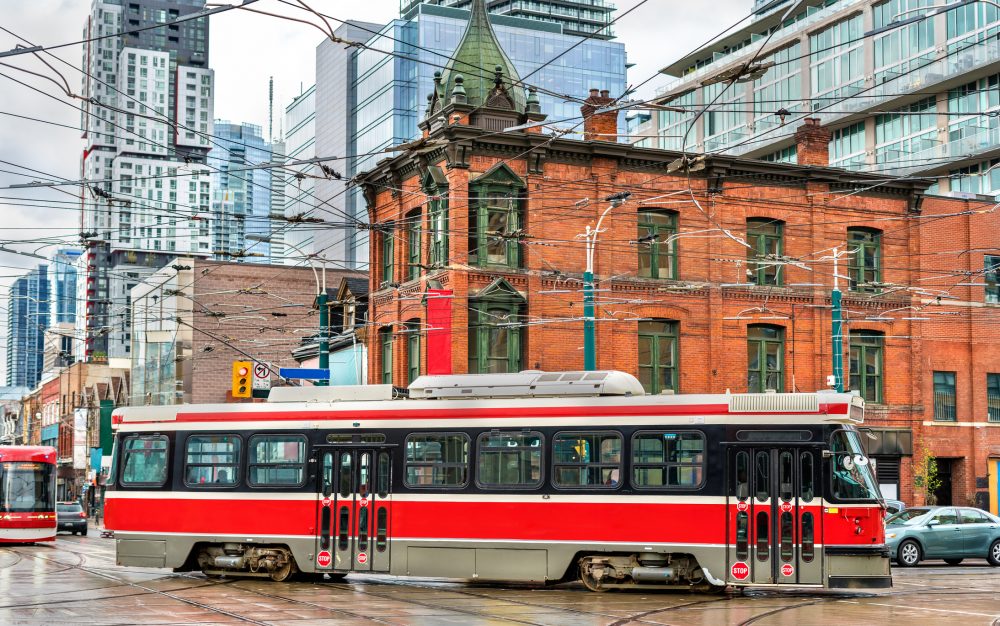 Rosamund Pike stars in a biopic based on the life of Nobel Prize-winning scientist, Marie Curie. The movie tells the story of her struggle to receive proper recognition in the male-dominated science community of early 20th century France and the tragic consequences of her pioneering research.

Follow in Madame Curie’s footsteps and visit her grave in the Panthéon, where she became the first woman to be buried alongside other French national heroes. Stay nearby and experience Paris’ historic atmosphere in this French Latin Quarter apartment, just a short walk to Sorbonne University where Madame Curie used to lecture and teach. 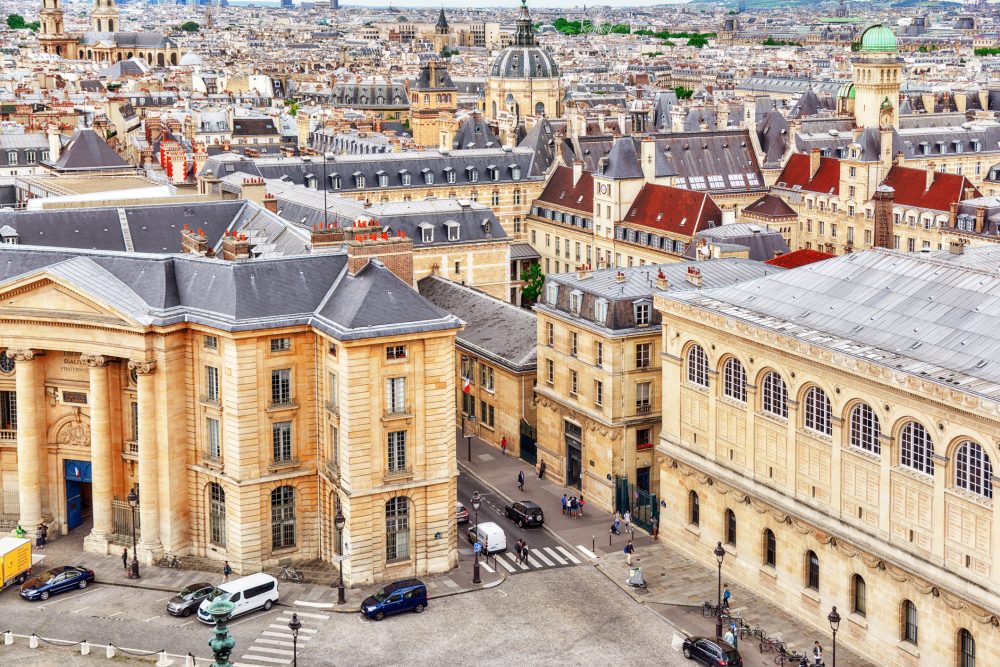 Beautiful panoramic view of Paris from the roof of the Pantheon. View on the University of Paris.

*Thank you to HomeToGo for these travel inspos and images.