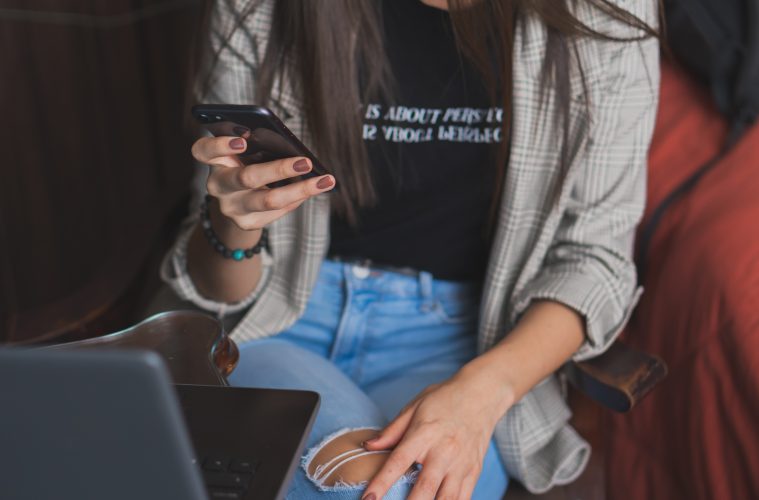 Games can help give you the break you need from everyday. I’m talking about brain games  – word games, number games, connect the dot kinda games. Aside from often being addictive (just ask any Wordle player right now),  there may be benefits in the long run to help keep our brains “fit”. The scientific research is ongoing and we’re keeping an eye on that particularly as we get older. It’s also about the type of games we play and the duration. Nonetheless, there’s no denying that even just a few minutes on our favourite game makes us feel refreshed with a sense of accomplishment.

My love for games started when I was a child. I loved word searches, hangman (can we still say that?), scramble words, and Tangrams. I would get puzzle books at the store and have them on my commute. Then came quick “video games” I could play on my GameBoy device and apps on the phone  — Solitaire or Tetris anyone? Luminosity came into play as did party games on Nintendo with my kids.  Lately, I’ve finished off my day with a few New York Times games. They just help clear my mind.

Here are some of my favourites and a bit of history behind a few of them. Many of these you can play on your devices, on the go, and for free. There are printed versions out there if you prefer to get off your device.

dates back to an 18th Century Swiss mathematician’s game called “Latin Squares” and some of the first number puzzles to appear in newspapers were published in France in 1895. But the modern game of Sudoku as we recognize it today was invented by Howard Garns, a freelance puzzle inventor from Connersville, Indiana, USA in 1979 when it was published in Dell Pencil Puzzles and Word Games magazine. The puzzle was known as “Number Place,” since it involved placing individual numbers into empty spots on a 9 x 9 grid. The game first appeared in Japan in 1984 where it was given the name “Sudoku,” which is short for a longer expression in Japanese – “Sūji wa dokushin ni kagiru” – which means, “the digits are limited to one occurrence.” (source: sudoku.com) 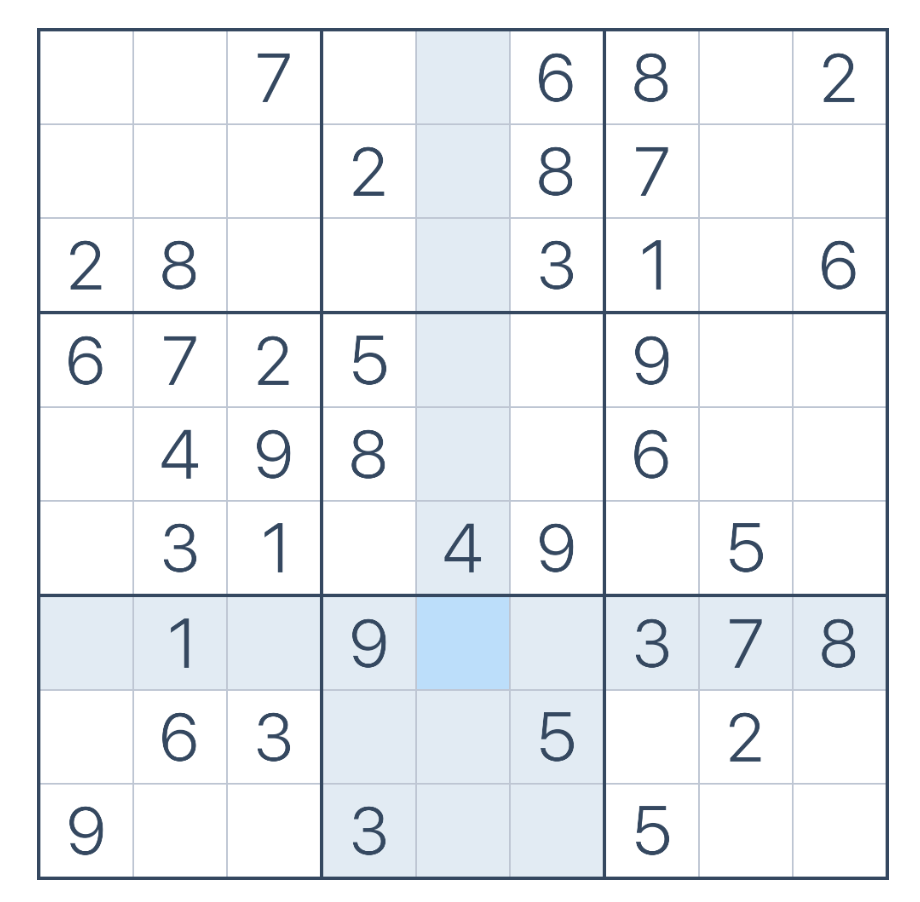 You may have noticed that nearly EVERYONE you know is playing this word game. Wordle was recently invented (like super recent in the Fall of 2021) and went crazy viral in December. Developed by Josh Wardle, a programmer who had previously created the social experiments Place and The Button for Reddit. Every day, a five-letter word is chosen that players aim to guess within six tries. After each guess, the letters are either marked as green, yellow, or gray; green means that the letter is correct and in the correct position, yellow means that the letter is in the answer but not in the right position, and gray means the letter is not in the answer at all. (source: Wikipedia) 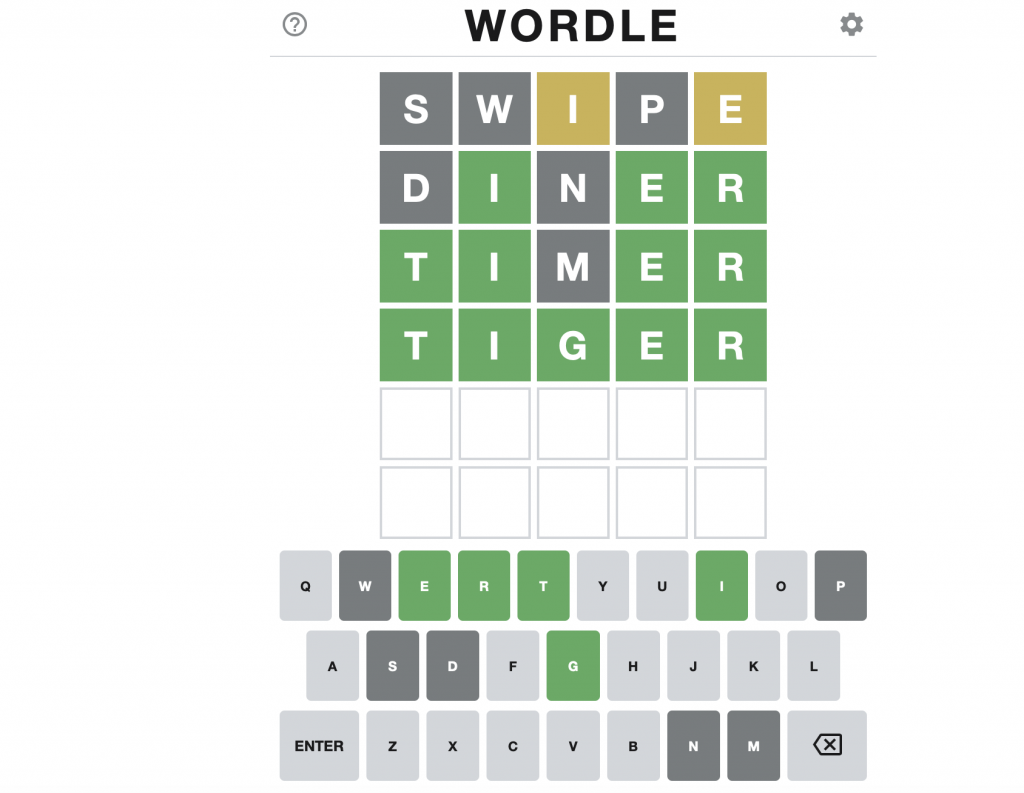 is a multi-gaming award winning  puzzle game created by a NYC based mobile gaming studio dots.co that’s free to play (iOS and Google Play app) and loved by millions. Connect coloured dots to score points and complete objectives while sharpening your skills across 750+ levels—and uncover exciting new features along the way. Travel through gorgeous worlds, collect beautiful collectibles, and uncover fun new mechanics along the way. Solve challenging puzzles by connecting the dots and more. Every week travel to a new place and compete against other players worldwide for rank. Get a medallion for bragging rights. 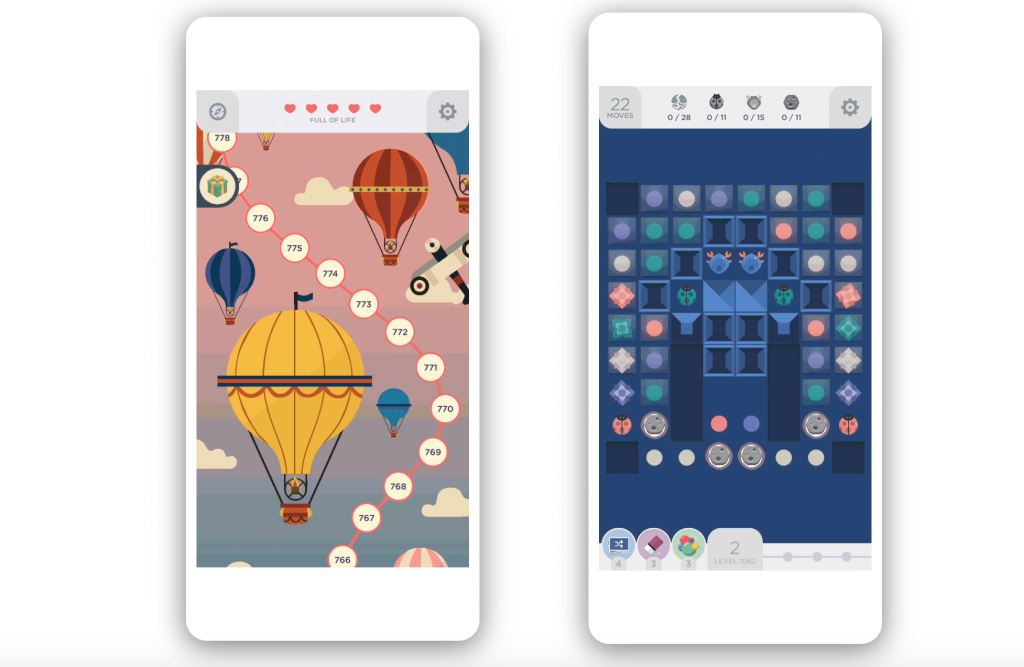 I discovered this one on the New York Times as a subscriber. Created by NYT, the user creates words using the letters around the square. Words must be more than three letters long and can be reused. However, you cannot use the same letters from the same side of the square consecutively. The last letter of the word becomes the first letter of the next word. You must use all the letters in the play. 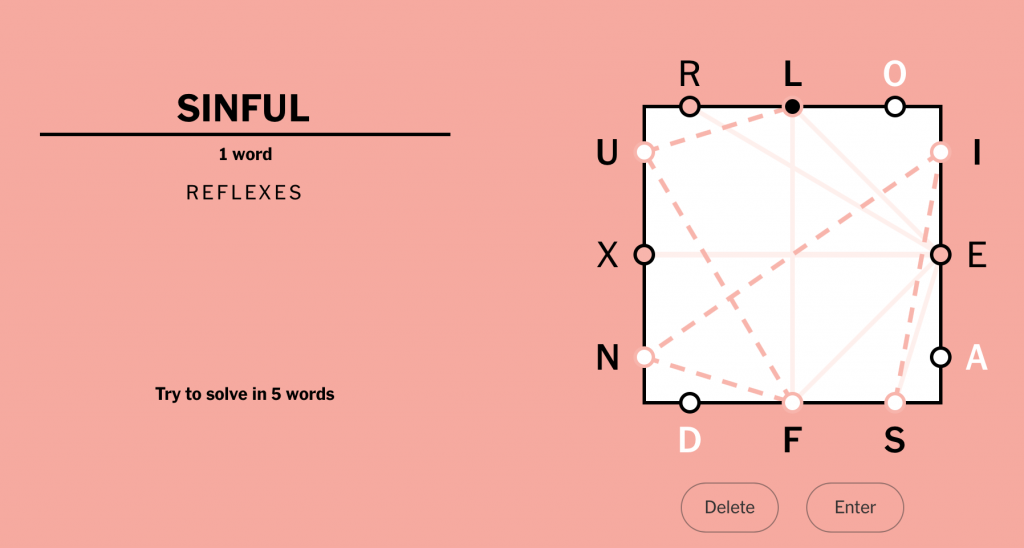 highly addictive game created by game developer PikPok, where you’re provided with four letters to sort and create a word as quickly as you can before the time runs out. Each time you create a word a new set of letters will be provided. It’s endless BUT it’s also under timer. Keep making words to increase your score and the timer. 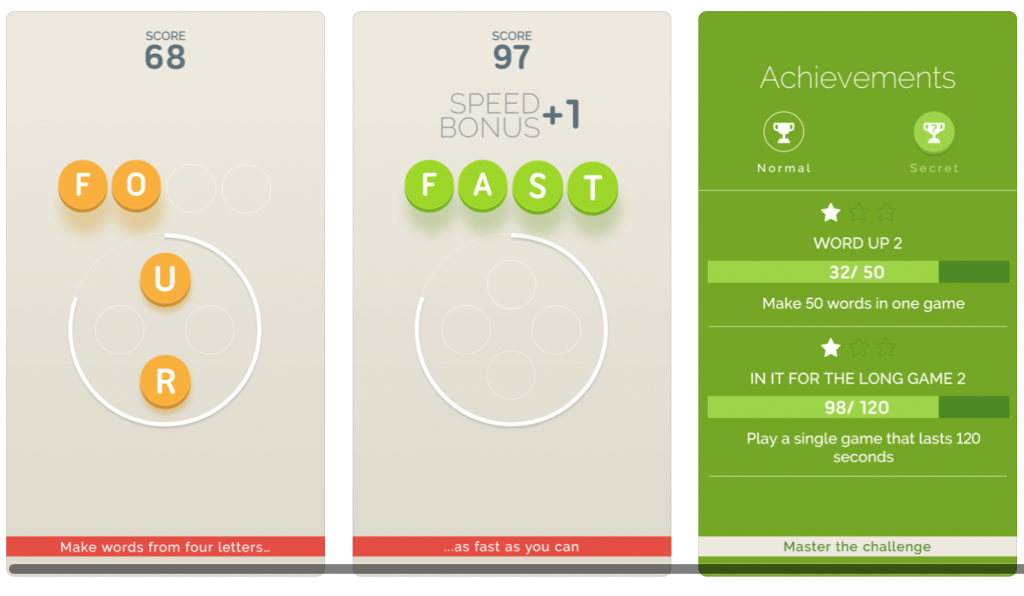 *lead in photo by Fausto Sandoval on Unsplash