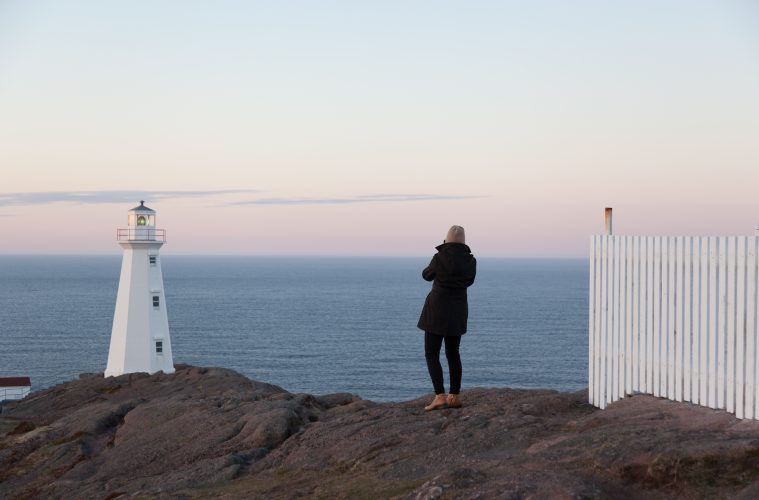 In honour of Canada’s big 150th, there’s no better time to explore other provinces and cities in and pay tribute and get to know it’s people (and bars). Newfoundland is home to some of Canada’s best restaurants, and with a population of just half a million people, this province boasts not only beautiful coastlines and picture-perfect ocean views, but also the nicest, friendliest people, who also happen to be very talented in the kitchen indeed.
Climb Signal Hill, you’ll burn calories so you can eat more!
While CFA’s such as myself may have been under the guise of Newfoundland as the land of condensed milk in tea, and well, screech in everything, a closer look reveals Fogo Island Inn (which starts at $1675 a night), scrumptious tasting menus at historic heritage buildings and grab and go bites that are down right delicious.
If you’re planning a trip way out east, here’s my top picks for a swoon-worthy trip to St John’s. 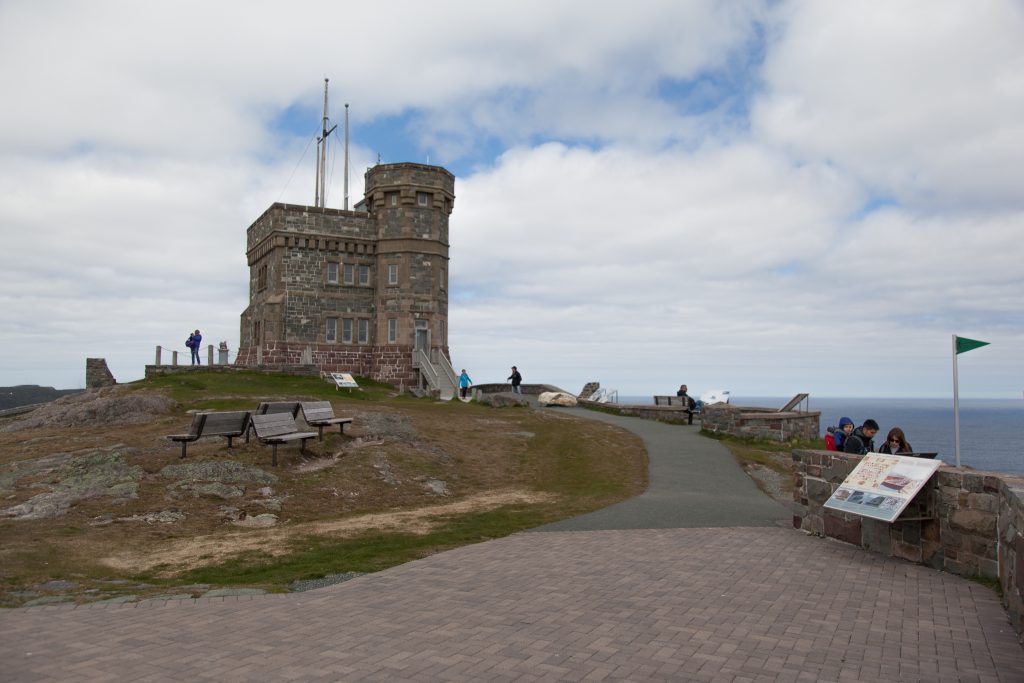 Must See:
If you’re a new to the Rock, most CFA’s (come from aways) make St. John’s their first stop. The most populated city in Newfoundland, St. John’s is also one of the most eastern cities, giving you those sweeping ocean views and lungs full of salt water air. Check out nearby Signal Hill for postcard worthy views, and make the trek to Cape Spear to see one of North America’s oldest lighthouse’s in action. St John’s is home to The Rooms Museum, which is home to many rotating exhibits, and their restaurant boats great harbour views too.
The Rooms-breakfast

Must Eat:
From grab and go Breen’s stuffing sandwiches (think Thanksgiving on white bread) to upscale fine dining Newfoundland is home to some amazing restaurants, all nuanced with their own very distinct flavours and buoyed by the regional ingredients found here. Fish, cod particularly, even though the whole over-fishing thing happened, is still readily available and you can bank on pretty much any seafood you have here is going to be over the top tasty.

Mussels at Get Stuffed

For lunch head to Get Stuffed on Duckworth for butter soaked Cod with scrunchions (ask for extra, they’re like tiny salt cured bacon cubes). Quite possibly the best I’ve ever had, Get Stuffed’s Mussels come in a spicy maple bourbon cream sauce, perfect for slurping up after- no judgement here. Pair them both with the Cheese n’ Do and Hashbrown Casserole, comfort food dialed up! Nearby target Adelaide Oyster House is your source for the freshest Ocean finds and promises a lively atmosphere to boot. 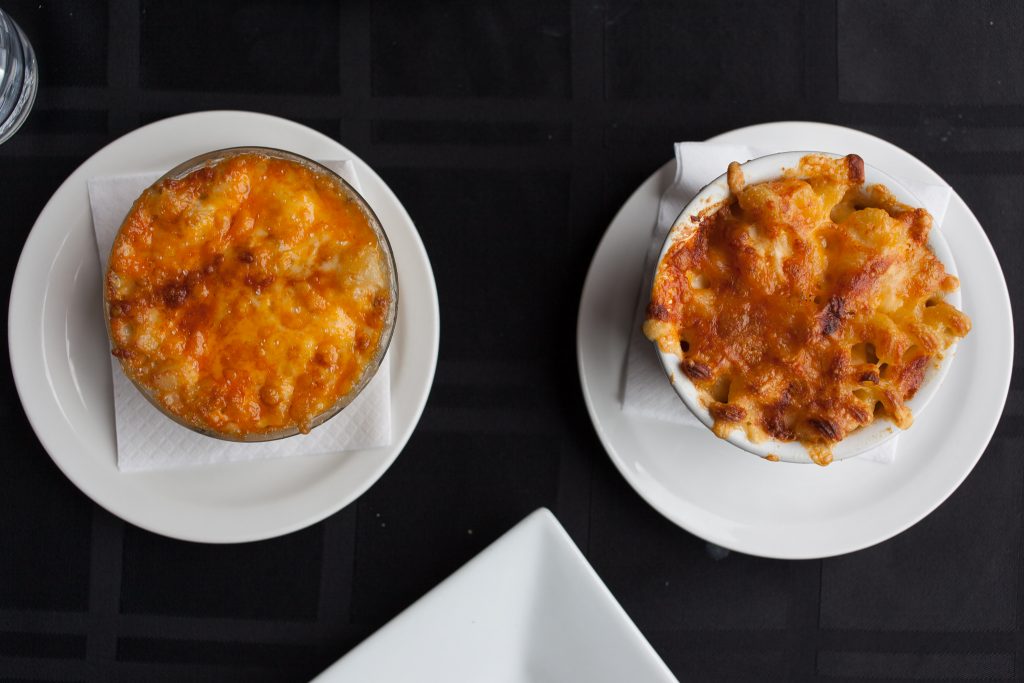 All the cheese + carbs

If you’re looking for a jaunt out of town, head to nearby Penny Harbour to target Chafe’s Landing for the best fi n’ chi (fish and chips) this side of jolly ol’.
More loftier food palates should seek out Raymond’s. Housed in a historic 1915 building near the water, Raymond’s offers tasting menus using almost exclusively only native to Newfoundland. Seal charcuterie anyone? The Reluctant Chef also offers tasting menus, with two distinct dining experiences spanning two floors, with the Vinyl Room in the dugout basement offering classic records and boozy cocktails to pair them with.

After a late night in Newfoundland (last call is 3am after all) there’s no better rebound than a hearty brunch. Sweat it out by hiking over to Quidi Vidi to Mallard Cottage, with Todd Perrin, former Top Chef contender and co-owner of this quaint and cozy cottage helming the kitchen, and usually, smoker out back too. Smack in the middle of Mallard Cottage is their tantalizing dessert table, a clever notion of stuffing all you can in a to-go box for later, or eating as much as you can pile on a plate and carry back (without shame) to your table. 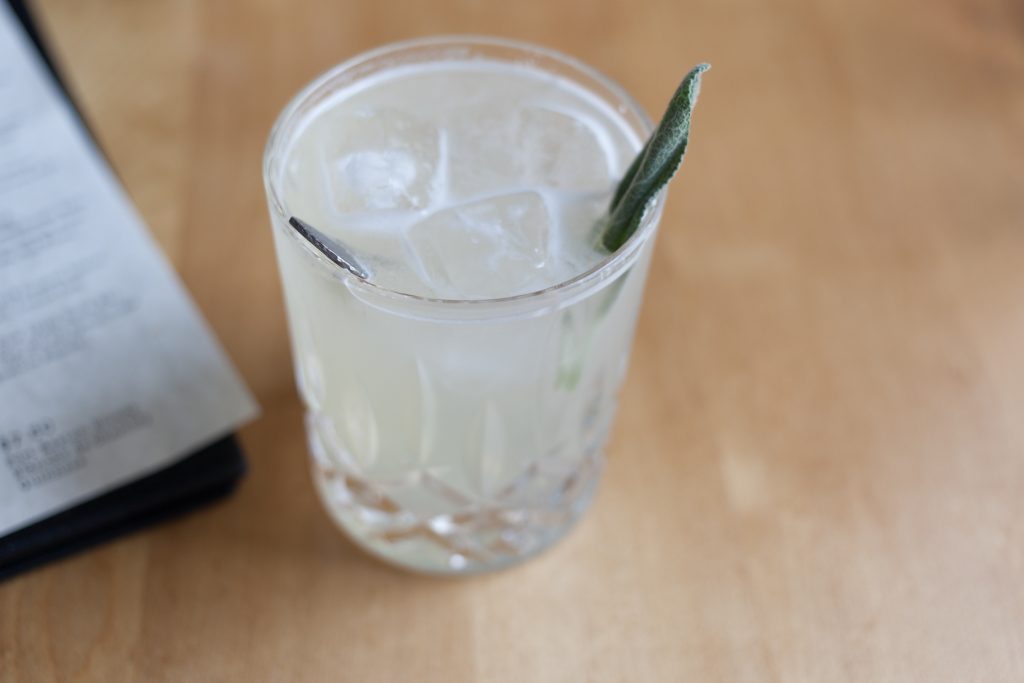 Must Drink:
If the eggys benny didn’t cure what ails ya, then nearby Quidi Vidi Brewery is a good spot to chase the hair of the dog, with a stellar line up of beers for tasting, don’t miss out on their Iceberg beer, bottled with yes, actual iceberg water. More central in downtown St John’s Yellow Belly Brewery boasts yes, beers, but food too and happy hour too.
If you haven’t formally been Screeched in, then you haven’t really been to Newfoundland. Don’t miss out on the fun, Screech is just a shot of rum anyways. Christian’s is right downtown and guarantees a good time, kissing the cod is only part of the fun.