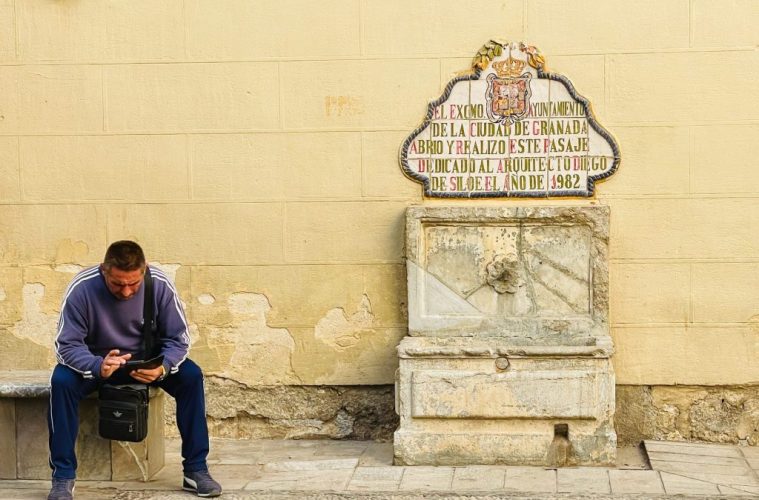 10 Photos That Will Make You Want To Go To Granada

Granada sits at the foothills of the Sierra Nevada mountains in southern Spain. In a city known for it’s Moorish architecture, The Alhambra is it’s shining star. The hilltop fortress includes palaces, gardens, fountains and breathtaking tile work, as well as intricate carvings. It is also the number one attraction in Granada and a jewel of Andalusia, in general.

Granada was under Islamic rule for over 700 years, from 711 to 1492 and the remnants of this influence is everywhere. It is equally famous for it’s tapas – it’s one of the few places you still get a tapa with every drink. In theory, the tapas get better with every drink order so if you play your cards right, you won’t have to ever pay for food. Find the street famous for traditional tapas bars – Calle Navas. It’s lively, it’s fun and you can fill up on tortilla, olives, bread, cheese, beer and cava.

Granada was the third Spanish city I visited in September of 2021.

The weather at that time was still quite hot but it suits Granada. My travel buddy and I stayed in a quirky but fantastic airbnb in the heart of Albaicín. In fact, the entire four week trip was inspired by this particular airbnb. It involved a bidet, a cat and bunk beds decorated in the Moroccan style, if you can imagine. Let’s leave that story for another time but do feel free to look up the hashtag #bidetcat2021

Only two days were budgeted for this city, but I am absolutely going back to see all the things I missed. I spent the better part of our full day there exploring the Alhambra. Visiting the Alhambra was at the top of my bucket list, after the The Sagrada Familia in Barcelona. My brief taste of Granada left a huge impression and I am anxious to return. To be honest, I am still a bit salty over leaving Granada for Marrakech.

My dream is to spend Holy Week in Granada – it’s a vibe.

Every Palace Needs A Reflecting Pool

The Middle Eastern Food in Albaicín

The Beauty is Everywhere